There is currently no Lyme borreliosis vaccine available for humans available for purchase, but a new research has shown how such a vaccine could be made.

Lyme disease (Lyme borreliosis) is an infectious disease caused by at least three species of bacteria belonging to the genus Borrelia. Each year, approximately 30,000 cases of Lyme disease are reported in the US by state health departments, but most cases go unnoticed, so the real number is actually much higher than that.

Now, scientists believe they have found a way to prevent Lyme disease with a vaccine:

“Mice were protected against both challenge with infected ticks and in vitro grown spirochetes. Immunological analyses (ELISA, surface binding and growth inhibition) indicated that the vaccine can provide protection against the majority of Borrelia species pathogenic for humans.” 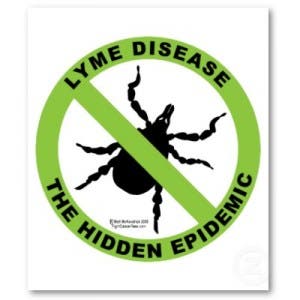 Interestingly enough, it’s not the first time a vaccine for Lyme Disease has been discovered – in 1998, a vaccine became available for general use. The vaccine had an effectiveness of 78%, and about 1 500 000 doses were distributed for people between 15 and 70. However, anti-vaccine lobbyist groups started several law suits against the vaccine, claiming that it causes a number of negative side effects. Specifically, they were claiming that the vaccine causes arthritis.

After examining the reports, researchers “did not detect unexpected or unusual patterns of reported adverse events.”In other words, the data did not indicate that the events occurred at a higher rate than would be expected in the population regardless of Lyme vaccination, but the vaccine was taken off the shelves due to public backlash. Basically, even though there was no reason to believe that the vaccine does cause arthritis, simply because some people claimed it, the vaccine was forced off the market. Hopefully this won’t be the case here.