Tasmanian devils are unique little critters—they are the largest carnivorous marsupials and only found on the Australian island of Tasmania. And no, they do not look anything like the Looney Tunes character. Unfortunately, they are being wiped out by a transmissible face cancer. Researchers have found clues as to how this cancer arose and have discovered a potential cure that they have published in Cancer Cell.

There are only six other cases of transmissible cancers on record, one in dogs and five in shellfish. Despite their rarity in other animals, two separate transmissible cancers are afflicting the Tasmanian devils currently. The cancer is spread when the devils bite each other’s faces, which is a rather normal fighting behavior for them. Live cancer cells can pass to a new individual and cause large, disfiguring facial tumors that usually result in death. 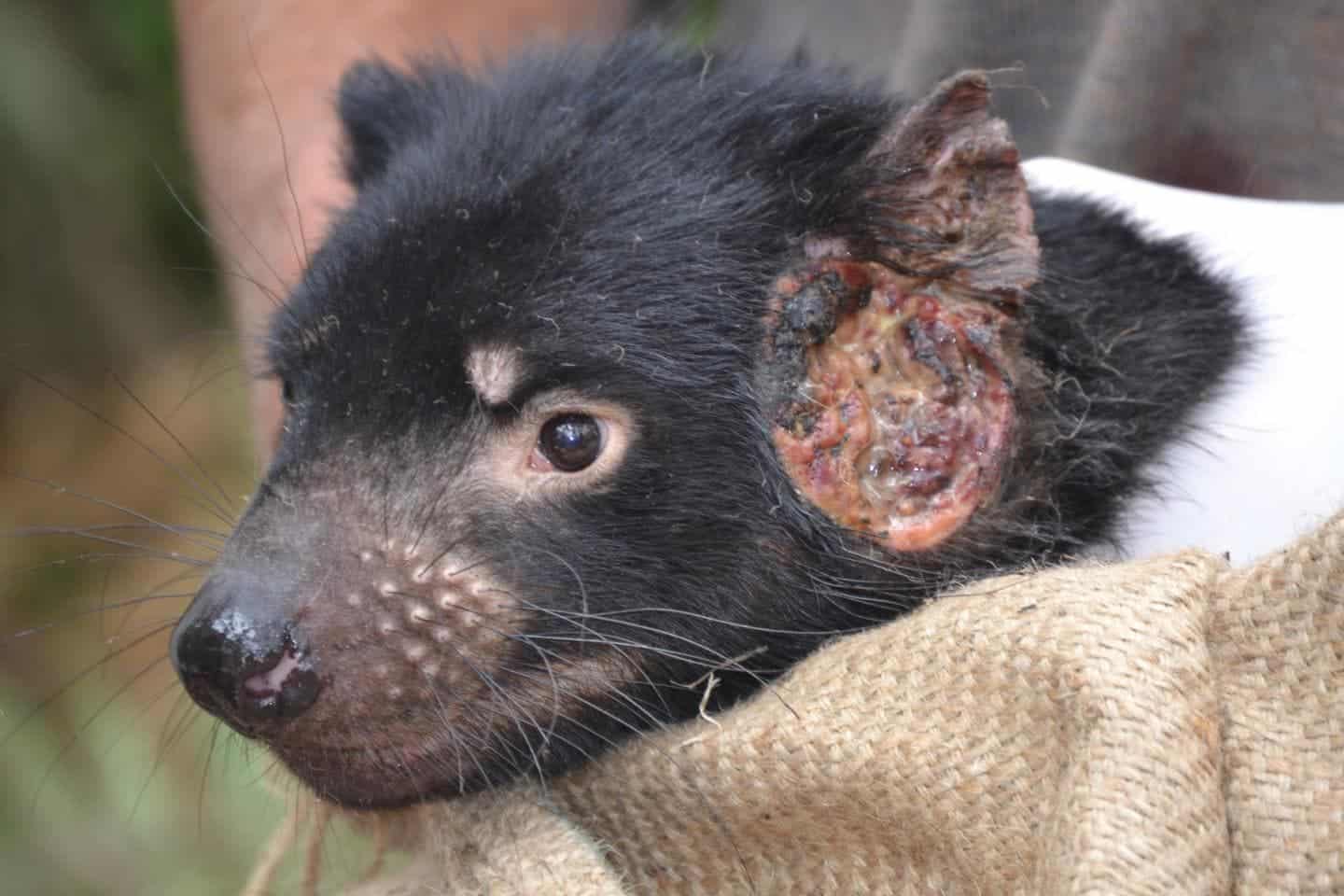 The first case of the cancer in Tasmanian devils was discovered in 1996 in the northeast part of the island. It came from a mutation in one individual and spread to others. The DNA of the cancer cells belongs to this first affected devil. Now, the cancer has spread across the whole island. In 2014, a second transmissible cancer was found in the devils on the southeast of the island. They both look about the same, but genetic analyses revealed that the first cancer came from a female Tasmanian devil’s cells originally, while the second came from a male. Part of the reason why this cancer is so dangerous for them is that their immune systems don’t recognize it as being foreign and a threat to them.

The researchers found that the two cancers are very similar in almost every way, meaning that they are both the same types of cancer and arose through similar mechanisms. In particular, molecules called receptor tyrosine kinases play an important role in the growth and survival of the cancers. The genes responsible for cancer recognition in the immune system were deleted in these two cancers. That is how they are able to get past the Tasmanian devil’s immune system. The good news is that there are already drugs developed for humans that target receptor tyrosine kinases. These drugs were successful in halting the growth of the Tasmanian cancer cells in the lab.

It is unclear exactly why Tasmanian devils are so susceptible to transmissible cancers. Receptor tyrosine kinases are involved in wound healing, so perhaps errors occurred during cell repair after injury. The chances of this happening could be quite high since the devils often have bites on their faces from fighting.

“When fighting, Tasmanian devils often bite their opponent’s face, which may predispose these animals to the emergence of this particular type of cancer via tissue injury,” said first author of the study, Maximilian Stammnitz. “As biting occurs on the face, this would simultaneously provide a route of cell transmission.”

Human activities may have indirectly increased the risk of transmissible cancers arising in Tasmanian devils. Land use practices could have promoted a population spike, which then caused more competition and fights between Tasmanian devils. The species also has notoriously low genetic diversity caused by early Tasmanian settlers culling them—this is a risk factor for disease spread.

Now we know how the Tasmanian devils’ cancer is caused and how to potentially stop it. It’s positive news for the devils, and hopefully the drugs will be used in the wild soon.