Some 1.2 million people worldwide are infected with both viruses. Now, researchers describe a new mechanism through which these viruses help each other, posing greater risks for patients. 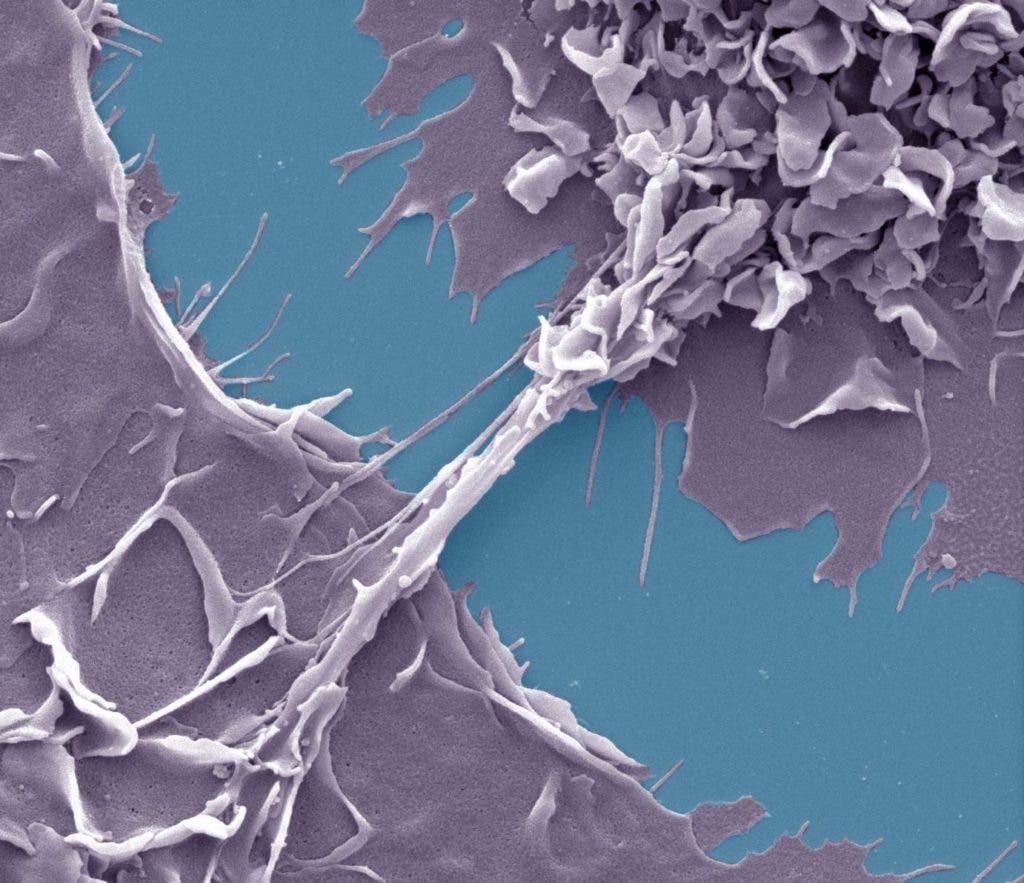 Throughout the centuries, tuberculosis has been present in many different countries and geographic areas. There is evidence that the pharaoh Akhenaten and his wife Nefertiti both died from tuberculosis, and anthropological studies at a site in Germany have shown that the disease affected people since the Neolithic. Tuberculosis became much more prevalent with the increase of urbanization, and at the end of the 19th century, it was one of the most urgent health problems. Thankfully, advances in treatment, vaccination, and overall sanitation drastically reduced the impact of tuberculosis — although the disease still remains highly prevalent, infecting 10 million people every year and killing 1.6 million in 2017.

Meanwhile, HIV spread dramatically during colonialist times in the 20th century. Without treatment, the average survival time after infection with HIV is estimated to be 9 to 11 years, but with modern antiretroviral treatment, HIV rarely progresses to AIDS, and is regarded as a generally manageable condition in the developed world. It is still one of the most dangerous viruses in the world.

As if having one of the two viruses wasn’t bad enough, quite a lot of people have both — 1.2 million, according to an international team led by researchers at the CNRS and Inserm. The team also reports that in this case, the two viruses work together to do even greater damage than they would individually.

In the presence of tuberculosis, HIV-1 (the most widespread form of HIV) moves from one cell to another via nanotubes which form between macrophages, drastically increasing the percentage of infected cells.

Macrophages, a type of cell in the immune system that engulfs and digests unwanted pathogens, can serve as hosts for both tuberculosis and HIV-1 (the most widespread form of HIV). In the presence of tuberculosis, macrophages form tunnel-like nanotubes, which HIV can use to transfer from one cell to another, drastically increasing the percentage of infected cells.

This also produced a snowball effect: the more severe the TB, the more nanotubes were formed, which allowed HIV to infect more cells, generating more macrophages, more nanotubes, and so on.

But there is a silver lining to all this: the specific type of macrophage can be assessed through soluble markers in the blood, which means that diagnosis and treatment of patients suffering from both illnesses can be facilitated. Scientists were also able to use existing treatment to inhibit the formation of these macrophages, thus reducing viral transfer and HIV-1 production.

The study “Tuberculosis exacerbates HIV-1 infection through IL-10/STAT3-dependent tunneling nanotube formation in macrophages” has been published in Cell.