Most people use the terms HIV and AIDS interchangeably. Though the two are certainly connected, they mean different things. 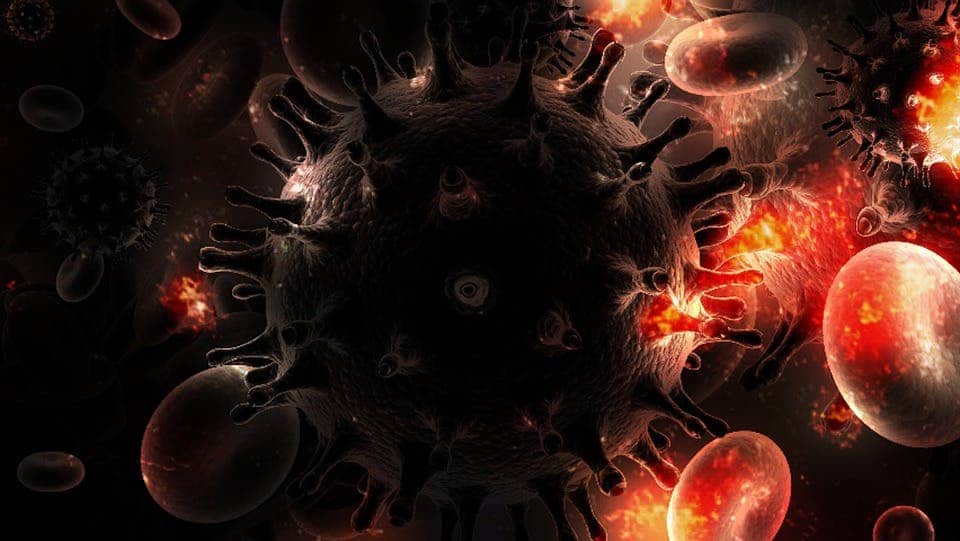 HIV is first and foremost a virus

Simply put, both HIV and AIDS are caused by the same human immunodeficiency virus but represent two different stages of the disease. Thought it might sound confusing at first, doctors, scientists, and the media use the term HIV to both describe the virus and the infection it causes. The distinction becomes clear once you understand the context the term is used in.

It’s not clear yet but the consensus seems to be that the virus appeared sometime in the late 19th or early 20th century in Western and Central Africa. The virus initially appeared in a non-human primate and was then transmitted to people after someone killed and ate the infected creature.

In the United States, AIDS was first recognized as a distinct condition in 1981 due to an increase in the incidence of rare opportunistic infections and cancers in homosexual men. There’s actually a rather freakish backstory about these early days of HIV/AIDS research. We’ve covered before the story of a Canadian flight attendant named Gaetan Dugas who for decades has been wrongly labeled as the ‘patient zero’ — the source of HIV infections in the United States. It was only recently that his name was cleared.

Typically, HIV causes flu-like symptoms two to four weeks after infection. Patients often describe the sensation as “the worst flu ever.” This short period is called the acute infection and unfortunately, many people mistake their HIV infection for the flu, making them susceptible to transmitting HIV to other persons. After the acute infection period, our immune systems temporarily bring the infection under control leading to the latency period.

During the latent period, an HIV infected person can feel no symptoms for years. Symptoms will arise once HIV infection turns into AIDS.

To diagnose HIV during the latent phase, doctors have a couple of tests at their disposal. When infected with HIV, the body produces telltale antibodies against it. Blood or saliva tests can detect these antibodies and determine whether or not a person is HIV positive. For this test to work, however, the person has to have been infected for at least a couple of weeks. If you suspect you’re infected with HIV, the wisest thing to do is to repeat the test after four weeks.

HIV is transmitted through the exchange of bodily fluids.These fluids are blood, semen, pre-seminal fluids, rectal fluids, vaginal fluids, and breast milk. In the United States, HIV is spread mainly by having unprotected sex or sharing injection drug equipment, such as needles, with someone who has HIV. An infected mother can pass on the HIV infection to her child during pregnancy. Rarely, some people can become infected from a tainted blood transfusion. You can’t get HIV from skin-to-skin contact, nor is HIV spread through saliva.

AIDS is a condition

While HIV is a virus that causes an infection, acquired immune deficiency syndrome (AIDS) is a condition or syndrome caused by the HIV infection. AIDS develops after HIV does enough damage to the immune system to trigger the syndrome. AIDS is essentially the final stage of the HIV infection.

To diagnose AIDS, doctors look for certain biomarkers that signify the transition from HIV latency to AIDS. In its fight with the immune system, the virus ends up destroying immune cells called CD4 cells. Typically, a person who isn’t infected with HIV has a CD4 cell count of anywhere from 500 to 1,200. HIV patients with fewer than 200 CD4 cells are diagnosed with AIDS.

AIDS is also diagnosed indirectly when the presence of opportunistic infections is clear. These infections are diseases caused by various other viruses, fungi, or bacteria that would not normally affect a person with a healthy immune system.

Symptoms will vary from person to person because AIDS essentially means the patient has a damaged immune system that can’t fight infections well. So having AIDS makes you vulnerable to all sorts of other viruses and diseases. You can have AIDS but then easily get tuberculosis, pneumonia, certain types of cancer, and other infections. It’s these acquired diseases that eventually kill the AIDS patient, not the syndrome itself.

HIV vs AIDS at a glance

Once HIV turns into AIDS, the patient is in big trouble. Life expectancy drops significantly and the immune system is cut to shreds. Eventually, other infections or cancers kill the AIDS patient. Without treatment, a person whose infection progresses into AIDS can expect to survive no more than 3 years.

Today, however, HIV isn’t the death sentence that it used to be. Antiretroviral therapy (ART) can prevent HIV from replicating, vastly reducing the amount of virus in the body, thereby improving the resilience of the immune system. That being said, ART is not a cure for HIV but it can help patients live for many years with HIV without feeling sick. Before the introduction of ART in the mid-1990s, people with HIV could progress to AIDS in a few years. As such, ART is truly a life saver.

This therapy also reduces the risk of transmitting HIV to others. Often, doctors will recommend the partners of someone infected with HIV to take a preventive treatment called pre-exposure prophylaxis (PrEP). This treatment helps keep HIV from founding a permanent infection.

In early 2017, the FDA has approved a medication sold under the name of Truvada that can reduce the risk of HIV infection by up to 92 percent. And after decades of research and billions of dollars worth of funding, we seem to be inching in on a cure. In 2016, British researchers working at Oxford, Cambridge, Imperial College London, University College London and King’s College London claim they have developed a treatment that may have cured a 44-year-old British man of HIV.