A study that has been a decade in the making has finally documented one of the largest and least understood ecosystems on the planet — the deep biosphere, which can extend over several kilometers into the crust. According to the analysis, Earth’s subsurface is teeming with life, totaling 245 to 385 times more carbon mass than all humans on the surface. 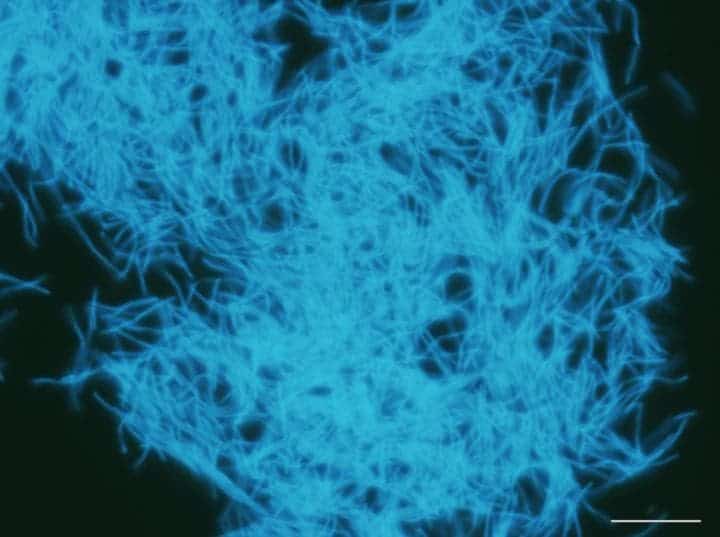 This is a species of Methanobacterium, which produces methane. Found in samples from a buried coal bed 2 km below the Pacific Ocean floor off the coast of Japan. Credit: Hiroyuki Imachi (Japan Agency for Marine-Earth Science and Technology (JAMSTEC).

Scientists have always presumed that there is a lot of biodiversity beneath the planet’s continents and ocean floors. But reality seems to have beaten even the wildest speculations.

Researchers at the Deep Carbon Observatory project collected samples from hundreds of sites around the world, from mines and boreholes 5 km (3.1 mi) deep and up to 2.5 km (1.6 mi) under the seafloor. This data was extrapolated to cobble together a broader picture of much and what kinds of life exist in the deep subsurface — under the greatest extremes of pressure, temperature, and low nutrient availability. The researchers estimated that the volume of the deep biosphere is about 2 to 2.3 billion cubic km, almost twice the volume of all oceans. They also estimated the total biomass of deep-Earth life: 15 to 23 billion tonnes, a figure that sums 2 to 6 × 10^29 cells — that’s 6 followed by 29 zeroes.

“Ten years ago, we knew far less about the physiologies of the bacteria and microbes that dominate the subsurface biosphere,” says Karen Lloyd, University of Tennessee at Knoxville, USA. “Today, we know that, in many places, they invest most of their energy to simply maintaining their existence and little into growth, which is a fascinating way to live.

“Today too, we know that subsurface life is common. Ten years ago, we had sampled only a few sites – the kinds of places we’d expect to find life. Now, thanks to ultra-deep sampling, we know we can find them pretty much everywhere, albeit the sampling has obviously reached only an infinitesimally tiny part of the deep biosphere.” 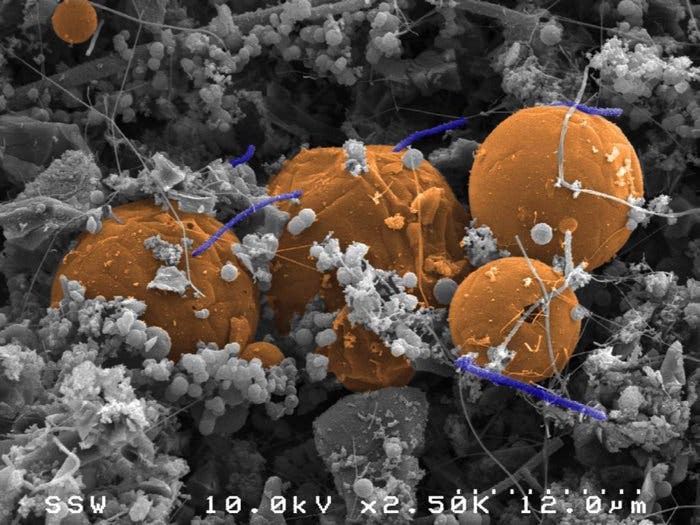 Candidatus Desulforudis audaxviator (the orange carbon spheres are carbon that the bacteria eats) collected from under Mponeng gold mine in South Africa. Credit: University of Queensland.

All three domains of life are represented in the deep biosphere: bacteria, archaea (single-celled organisms that lack a well-defined nucleus), and eukarya (multicellular organisms). However, as one might expect, bacteria and archaea dominate subsurface life — a whopping 70% of all bacteria and archaea live in the subsurface. What’s also striking is that the genetic diversity of such organisms is comparable and in some instances greater than their surface counterparts.

Perhaps the most important takeaway is that life is extremely resilient, never ceasing to amaze us. Even kilometers beneath the surface, where the only available energy comes from rocky surroundings, some organisms have found a way to survive. Some of the strangest organisms are so-called “zombie” bacteria that have life cycles of millions, even tens of millions of years — a necessary adaptation to their low-nutrient environment. The fact that some organisms exist at such incredible depths — let alone for millennia — is mind-boggling! 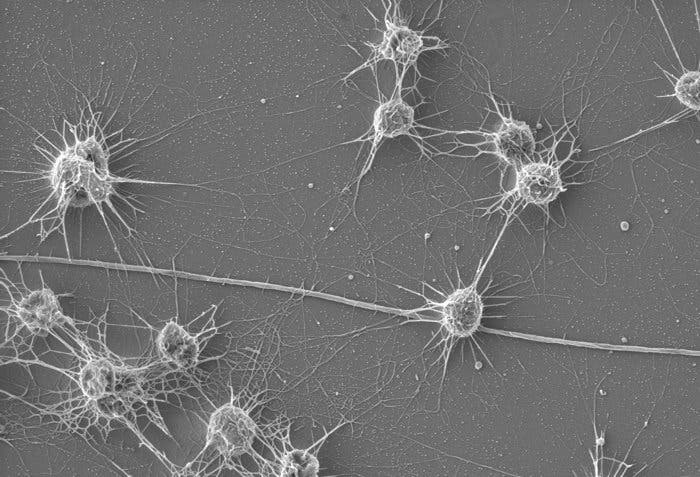 Even now, we still don’t know what the absolute limits for life on Earth in terms of temperature, pressure, and energy availability are. The record depth at which life has been found in the continental subsurface is 5 km. For marine waters, the record is 10.5 km from the ocean’s surface. As scientists drill even deeper for life, such records will likely be broken time and time again.

“Our studies of deep biosphere microbes have produced much new knowledge, but also a realization and far greater appreciation of how much we have yet to learn about subsurface life,” says Rick Colwell from Oregon State University. “For example, scientists do not yet know all the ways in which deep subsurface life affects surface life and vice versa. And, for now, we can only marvel at the nature of the metabolisms that allow life to survive under the extremely impoverished and forbidding conditions for life in deep Earth.”

Deep Carbon Observatory’s findings were released on the eve of the American Geophysical Union’s annual meeting. Some of the studies were published in the journals Geobiology and Nature Geoscience.