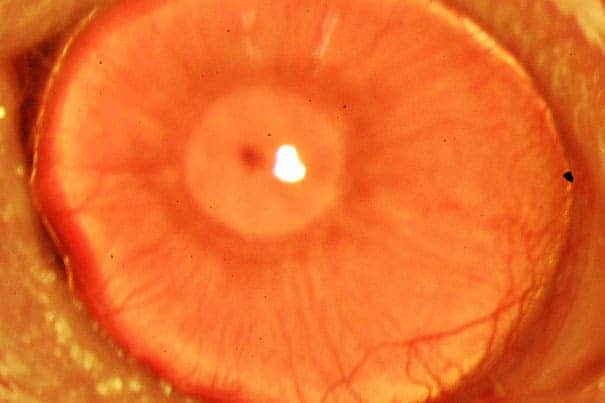 A novel and highly effective technique was found to enhance regrowth of human corneal tissue to restore vision, using a newly identified molecule that acts as a marker for limbal cells – stem cells that are paramount to retinal regeneration. The findings could greatly improve the vision of patients suffering from severe burns, victims of chemical injury, and others with damaging eye diseases.

A healthy, transparent ocular surface is made up of non-keratinized, stratified squamous epithelium that is highly differentiated. The corneal epithelium is constantly renewed and maintained by the corneal epithelial stem cells, or limbal stem cells (LSCs) that are presumed to reside at the limbus, the junction between the cornea and conjunctiva. Patients who have lost these special stem cells due to disease or injury typically go blind. In fact, there are over 3.2 million people worldwide recognized as bilateral blind from corneal diseases, most of which were struck by limbal stem cell deficiency (LSCD).

Typically, doctors use tissue or cell transplants to help the cornea regenerate, but since they never know whether there are any actual limbal stem cells in the grafts, or how many, the results have always been inconsistent. A new collaborative effort that joins scientists from the Massachusetts Eye and Ear/Schepens Eye Research Institute, Boston Children’s Hospital , Brigham and Women’s Hospital, and the VA Boston Healthcare System may change this. 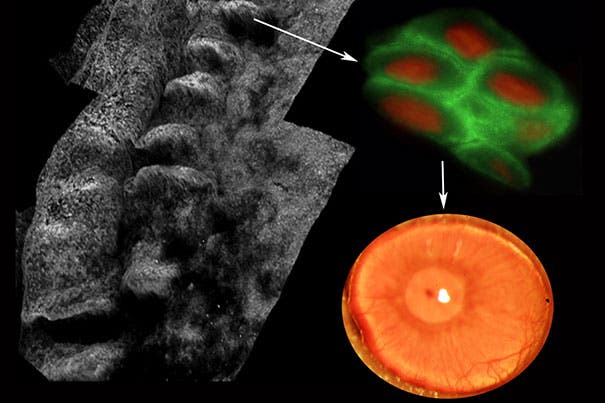 In this study, researchers were able to use antibodies detecting the marker molecule to zero in on the stem cells in tissue from deceased human donors and use it to regrow anatomically correct, fully functional human corneas in mice.

The researchers found that an antibody, known as ABCB5, was being produced in tissue precursor cells in human skin and intestine. Tests on a mouse model showed ABCB5 also occurs in limbal stem cells and is required for their maintenance and survival, and for corneal development and repair. Essentially, ABCB5 can be used as an effective marker to zero in on the limbal stem cells. For instance, mice lacking a functional ABCB5 gene lost their limbal stem cells, and their corneas healed poorly after injury.

“Limbal stem cells are very rare, and successful transplants are dependent on these rare cells,” said Bruce Ksander of Mass. Eye and Ear, co-lead author on the study with postdoctoral fellow Paraskevi Kolovou. “This finding will now make it much easier to restore the corneal surface. It’s a very good example of basic research moving quickly to a translational application.”

“ABCB5 allows limbal stem cells to survive, protecting them from apoptosis [programmed cell death],” said Markus Frank. “The mouse model allowed us for the first time to understand the role of ABCB5 in normal development, and should be very important to the stem cell field in general,” according to Natasha Frank.