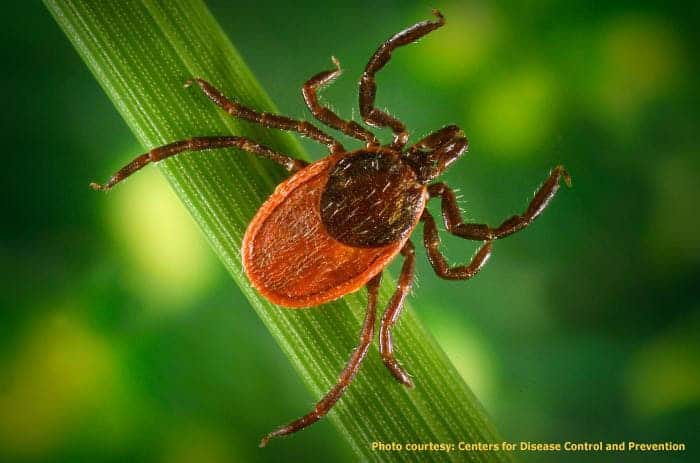 Tick-borne diseases, which afflict humans and other animals, are caused by infectious agents (viruses, bacteria, protozoa) transmitted by tick bites. As of 2016, 16 tick-borne diseases of humans have been identified, including Lyme disease, tularemia, babesiosis and Rocky Mountain Spotted fever.

A group of patients in Inner Mongolia likely represent the first identified human cases of a new tick-borne illness — the Alongshan virus (ALSV). A description of ALSV, along with associated cases, was recently published in the New England Journal of Medicine. ALSV belongs to the jingmenvirus group in the flavivirus family. The first member of the group was described in 2014 and named the Jingmen tick virus (JMTV) because it was isolated from a tick in Jingmen, China.

In 2017, a 42-year-old woman (the index patient) presented to an Inner Mongolian hospital with a headache, fever, and history of tick bite. The woman showed signs of tick-borne encephalitis virus or TBEV but according to the study’s authors, “neither TBEV RNA nor antibodies against TBEV were detected.”

A total of 86 patients were eventually identified with similar symptoms. The patients were infected with an unknown segmented RNA virus, which the authors named ALSV. There were no deaths and all patients recovered with supportive care and the administration of antimicrobials and antivirals. However, 30 out of 86 (35%) patients experienced coma, which suggests ALSV can cause severe illness.

“Our findings suggest that ALSV may be the cause of a previously unknown febrile disease, and more studies should be conducted to determine the geographic distribution of this disease outside its current areas of identification,” the authors concluded. The authors noted the disease has only been found in Inner Mongolia an autonomous region of northern China and carried by Ixodes persulcatus ticks. Mosquitoes in the area, too, also purportedly carry the disease. It is not currently clear if patients are getting the illness exclusively from ticks or from mosquitoes.

New technologies such as next-generation sequencing have greatly accelerated the pace of discovery of new viruses in a wide range of hosts. In a related commentary, experts from the University of Texas Medical Branch at Galveston wrote, “The nature of ALSV, a unique virus in the family Flaviviridae with a vector that has a wide distribution, should warn us of its potential.”

ALSV is only one of the emerging pathogens that has recently been identified in China, in addition to Huaiyangshan banyangvirus (formerly SFTS virus) and Anaplasma capra. There will be more. The experts noted that a far more cost-effective way to understand the emergence of diseases and mitigate their outbreak is a proactive, real-time surveillance of human populations.

In summer months when tick season is at its height, it is recommended to check for ticks daily, especially under the arms, in and around the ears, inside the belly button, behind the knees, between the legs, around the waist, and on the hairline and scalp and shower soon after being outdoors.