The dangers of prescription drugs

A while ago I wrote a post on the dangers of prescription drugs; the next day, I woke up to see many concerned emails regarding responsible medication, self medication, and other related topics. I tried my best to reply to each and every one of them, but I figured since this is such a big concern to you (and for good reason!), the topic really deserves an article. 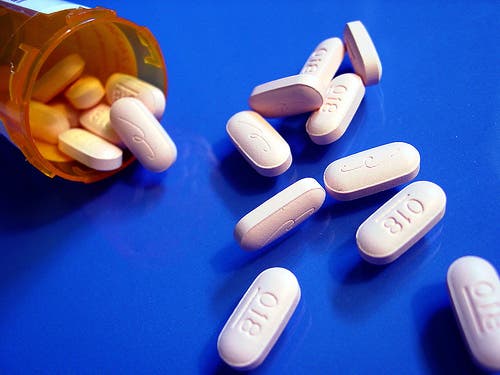 So, for those of you who haven’t read the previous article, here’s the summary: In 2010, prescription drug overdoses killed 23,000 Americans (pretty much all of them due to overdoses). This raised a big question mark – how can approved drugs be so dangerous? Well… the thing is… they are, so it’s up to as to be prepared. If you are taking such drugs, be sure not to stray a single step from your doctor’s recommendation! More is not better, not in this case. Also, we have the internet now, this is 2013. You can literally google up any drug and just see what it does, what are the side effects associated, what an overdose can cause, etc. Of course, be selective about what information you pick up, and bare in mind that google is not a substitute for a physician!

A word on acetaminophen (paracetamol) 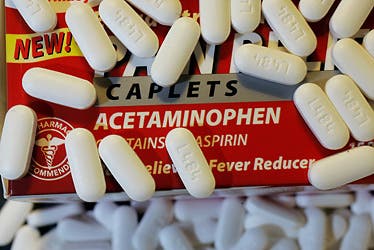 Acetaminophen orparacetamol is a widely used over-the-counter analgesic (pain reliever) and antipyretic (fever reducer). The first name goes in the US (the iconic drug here being Tylenol), while the second one is used in Europe and mostly, in the rest of the world. Pretty much everybody has taken this drug, no matter where you are – and really, it’s ok. It’s a good drug, it’s remained virtually unchanged for decades because it works. Simple as that. In contrast to aspirin, it doesn’t work as a blood thinner, and thus may be used in patients where coagulation is a concern, and it does not cause gastric irritation. The main problem however is overdose.

Paracetamol hepatotoxicity is, by far, the most common cause of acute liver failure in both the United States and the United Kingdom (probably other areas as well, but we don’t have any data). Paracetamol overdose results in more calls to poison control centers in the US than overdose of any other pharmacological substance, and this is mostly because people don’t take it responsible – there, I’ve said it. Just because it’s a simple drug, one that’s virtually everywhere and just because it does a lot of good doesn’t mean you should take too much. How much is too much? I can’t really say, because it depends on so many factors, but your local pharmacist will be more than willing to share that information with you. If you’re just on the edge, or not sure if it’s too much, or just want to play it on the safe side, there are tablets combine paracetamol with an antidote (methionine), to protect the liver in case of an overdose.

Also, be sure to note that more drugs contain this substance, and it’s really important that you only take one drug containing acetaminophen (paracetamol) at a time! For example, aside for Tylenol, Vicodin, Percocet, Midol, NyQuil and Excedrin all contain the substance (as do more drugs, depending on the country – there are literally hundreds of drugs with this substance); be sure not to take more than one of these at the same time!

So talk to your physician and your pharmacist, don’t self medicate, and stay as informed as possible – those are probably the best pieces of advice I can give you.

One thought on “Get Responsible Pain Relief When Taking Acetaminophen”