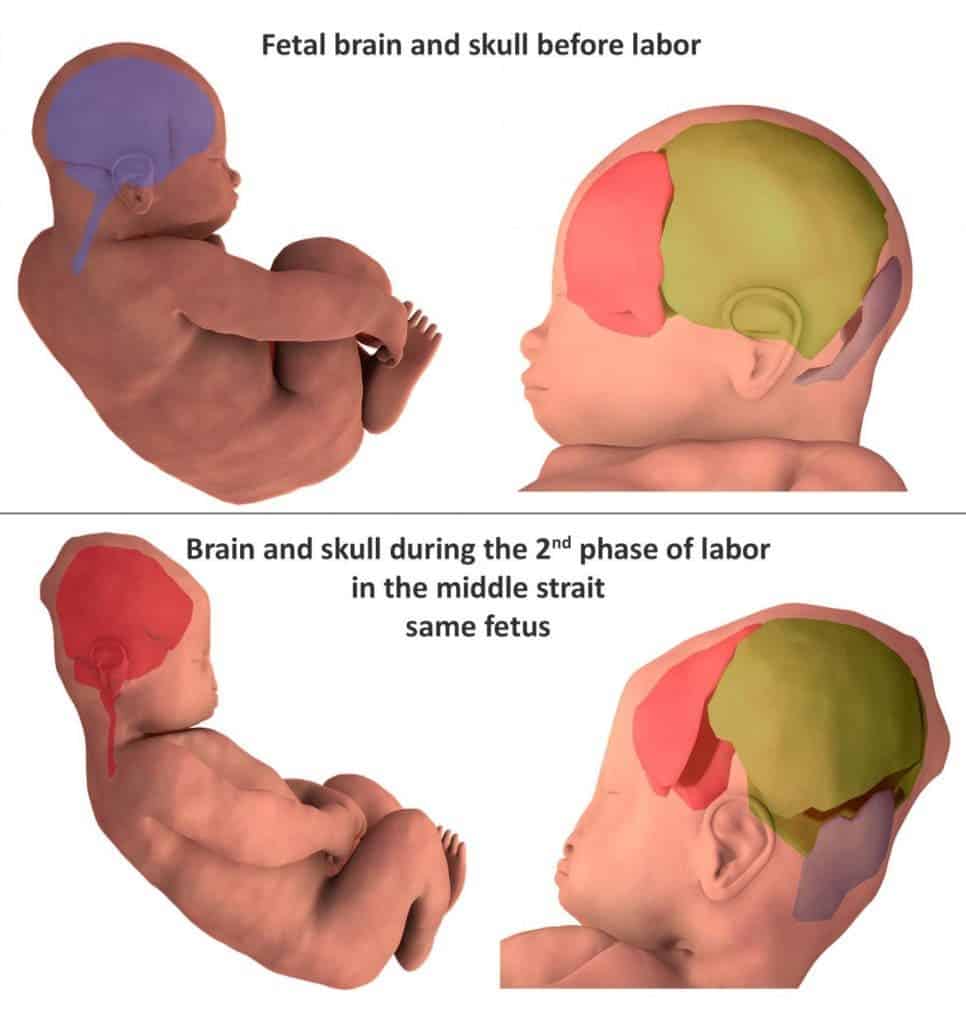 Doctors have been aware for a long time that infants’ heads change shape during birth. However, the details of fetal head molding remained unclear — until now. Using magnetic resonance imaging (MRI), scientists have captured 3D images of babies’ skulls as they move through the birth canal just moments before delivery.

Olivier Ami of Auvergne University in Clermont Ferrand, France, and colleagues performed MRI scans on the skulls and brains of seven infants before and during the second stage of labor — this is when the baby leaves the uterus and enters the birth canal.

The scans show that the infant skull and brain have a remarkable ability to mold as they experience intense pressure through the birth canal.

After birth, five of the newborns’ skull and brain shapes returned to their pre-birth state, but the changes persisted in two of the infants. Two of the three infants with the greatest degree of fetal head molding had to be delivered by an emergency C-section; the third was delivered vaginally with no out of the ordinary effort.

The unprecedented 3D images show that infants experience more skull stress during birth than doctors believed. This may explain why some newborns who are delivered vaginally may experience retinal bleeding and other temporary damage to the head.

“During vaginal delivery, the fetal brain shape undergoes deformation to varying degrees depending on the degree of overlap of the skull bones. Fetal skull molding is no more visible in most newborns after birth. Some skulls accept the deformation (compliance) and allow an easy delivery, while others do not deform easily (non-compliance),” Ami said in a statement.

The findings were reported in the journal PLoS ONE.