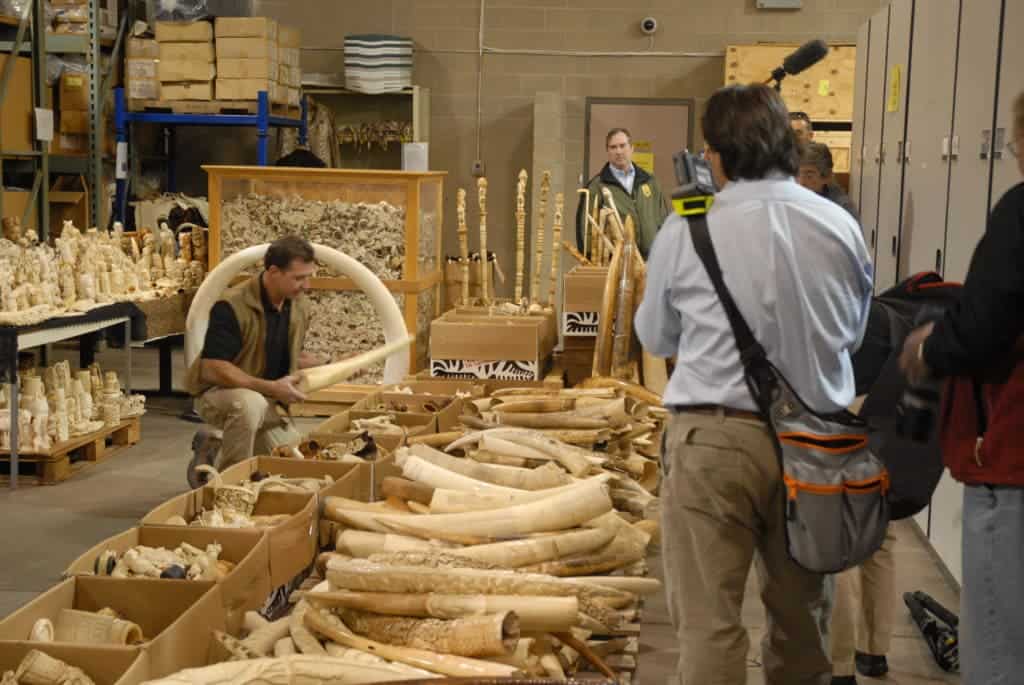 Spurred by a lucrative black market trade and wealthy Southeast Asian buyers, African elephant poaching has ramped up tremendously over the past decade. According to a conservation group, poachers kill 100 elephants every day on average. This lunacy has taken a huge toll, as a recent census suggests the African elephants populations have declined by 30 percent between 2007 and 2014.

The researchers who worked on the $7 million Great Elephant Census say only 352,271 are still alive in the 15 African countries that they surveyed, down from over one million in 1970. What’s more worrisome is that the rate of decline is actually accelerating, rising to eight percent in 2014 and suggesting local efforts to stop poaching have been ineffective, to say the least.

The survey itself was a herculean effort requiring vast resources and close cooperation between governments and organizations from 18 countries. To count the animals, researchers flew small aircraft over large swaths of land and photographed everything they saw. Back at home base, technical advisers combed through all the data by hand so no elephant was counted twice.

It was a very laborious process and it took a while, but now we have a much more refined picture of the state of elephant poaching in Africa — and it’s bleak. Previous estimates of elephant populations in Africa ranged from 400,000 to 630,000. In reality, far fewer elephants are left. A previous 2014 study found the Central African elephant population has halved.

Tens of thousands of these elephants are killed primarily for the ivory in their tusks, which is highly prized on the Chinese market. The last decade has been very kind to China, whose economy is double that in 2004. Thousands of Chinese overnight millionaires are now busy spending their newfound fortunes. Most are uneducated and superstitious, so elephant ivory or rhino horns are high on their wishlist, at the expense of a whole species survival. 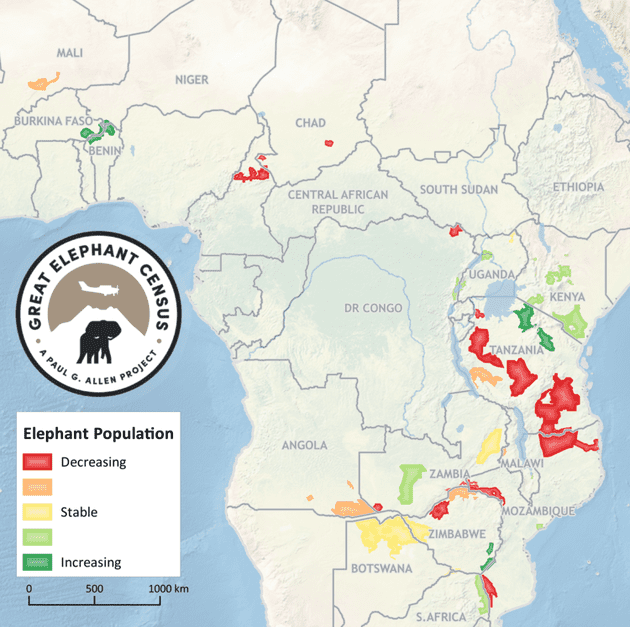 The most vulnerable areas in Africa to elephant poaching are colored in red. Most are located in Tanzania, Mozambique, Zimbabwe and Chad. Credit: GREAT ELEPHANT CENSUS

While these recent figures are grim, it would be unfair to shoulder all the blame on local governments. After all, they are trying. Many elephant habitats have been declared national parks, and public ivory-burning is done all the time — the most recent in Kenya saw 7,000 tusks burned. Earlier this year, three rangers were killed and two were injured by poachers in Congo — one of many similar episodes happening in central Africa, and not only, where the fight against poaching can be fatal.

“Elephants are already locally extinct in my own country, Mauritania, and I do not want to see this happen anywhere else –-an imminent possibility in Cameroon and Mali, and further down the line in other countries, unless we accelerate action,” said Ibrahim Thiaw, the deputy head of the U.N. Environment branch, in a statement.

“As depressing as these numbers are, I hope they act as a further spark for action and change. We know how to solve the crisis. The Great Elephant Census tells us we must act, and now.,” he added.

It looks like an uphill battle, but there is hope the coming decade will see ramp down in poaching aided by science. Organizations have started tracking ivory using DNA sequencing, as well as artificial intelligence.