The world’s leaders are deciding the future of our planet’s climate, but should oil companies be given a full seat at the decision table?

The wolves, dining with the sheep 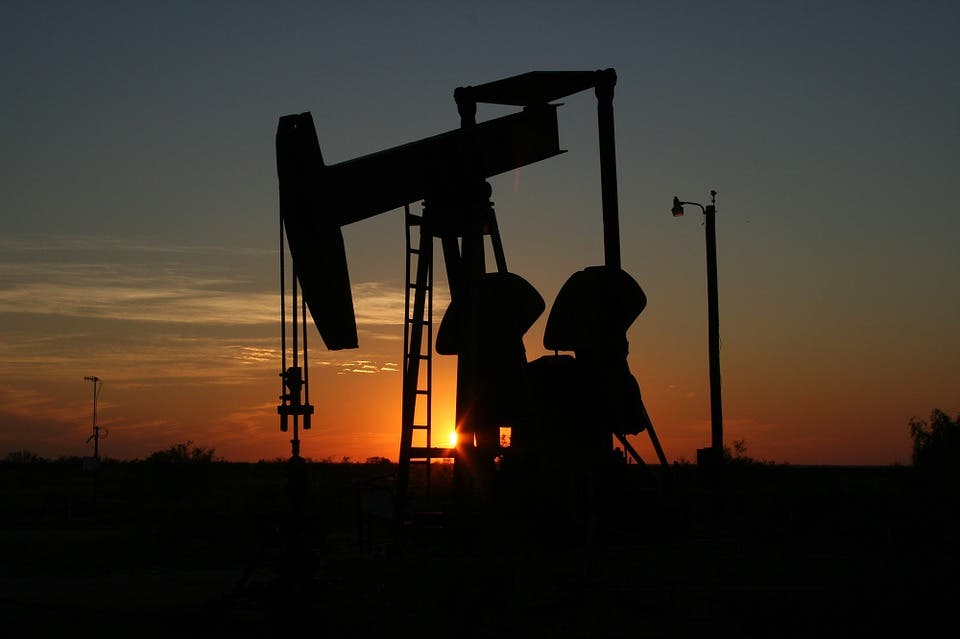 As humanity is struggling to build a sustainable future for our planet, reducing our emissions is absolutely crucial — and when it comes to reducing emissions, the elephant in the room is fossil fuels. In 2013, a study reported that just 60 companies are responsible for 60% of all man-made global warming emissions, with big names like Exxon, Chevron, and BP leading the way. Today, the situation is similar, with a few big companies being responsible for a disproportionately large percentage of global emissions — but wait, there’s more. The world’s big oil is also investing heavily into blocking climate laws. In 2016, Exxon, Shell, and three trade associations spent US$114 million in 2015 alone to manipulate lawmakers and public discourse on climate change, according to a report by British NGO Influence Map. At least a few companies knew that global warming was incoming decades ago, and not only did they not do anything, but they invested into denying climate change. The coal industry, which is currently in much more distress than oil&gas, is also investing heavily towards the same goal. So why then are oil companies key players at the UN climate summit in Marrakech?

According to The Guardian, representatives of companies such as ExxonMobil, Chevron, BP, and Shell will not only have unquestioned access to most high-level discussions in Marrakech, but they will also be called upon to give advice and hold council with country representatives. The same goes for coal giants like Peabody Energy, BHP Billiton, and Rio Tinto. A new infographic by Corporate Accountability International reveals the true extent of the fossil fuel industry’s access to, and influence over, the talks. So what exactly is the sense of having private discussions between country leaders and the companies whose products they are trying to move away from?

“What interests—beyond slowing progress—does a corporation like Exxon Mobil or Shell have in these talks?” said Tamar Lawrence-Samuel of Corporate Accountability International. “The answer is ‘none.’ Before we can ensure the effective implementation of the Paris Agreement, we must first make sure that Big Oil and those representing its interests are not at the table.” 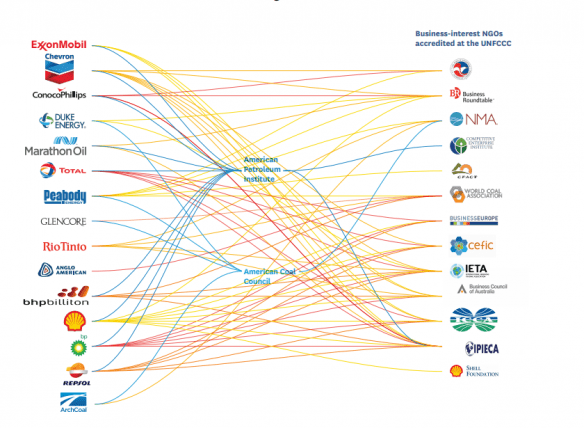 This is the first major summit after the Paris agreement was reached. Last year in Paris, world leaders agreed to reduce emissions, though the targets themselves are often brought into question. The Paris pact calls for an unprecedented support from the private sector, and yet it provides no protections against corporations or trade groups that might seek to steer negotiations toward their (or their members’) commercial interests. So how can this be reasonable, and how can we expect fossil fuel companies to not try to steer discussions in their favor? How could we expect any company to not follow its own interest?

A conflict of interest?

Among others, the Venezuelan delegation has spoken very strongly about this, arguing that this is a big conflict of interests which shouldn’t be allowed.

“The convention and the Paris agreement is an instrument between states. And the inclusion of non-state actors must go through a revision of conflict of interest. This is a standard request, a legal request and a moral request. It is unacceptable for our delegation that the concept of conflict of interest was not even considered as the fundamental basis for the ethical integrity and the effective implementation of the Paris agreement … It is a concern for the majority of the world represented here at this conference and the discussions in the contact room. We are astonished that this issue was completely overturned in the conclusions.”

It’s a strong point to be made — and yet, the US, the EU, and Australia have all been very vocal against limiting the access of oil companies to discussions. Australia especially framed the discussion as developing countries trying to make the process “less open”. They also argued that the concept of “conflict of interest” is too hard to define.

“There is no clear understanding of what a conflict of interest is and it means different things to different people.”

So where does that leave us? Not anywhere clear, really. The Paris Agreement was signed, it was ratified, and it has entered into force. But without an enforcing mechanism, it’s really hard to say whether participating parties, be they countries or companies, will hold up to their part of the deal. Even if they do, the math doesn’t really add up and we’re likely on course for a bigger-than-2C increase in global temperatures — and that’s a big ‘if’. The enthusiasm from Paris has waned, and the movement’s inertia seems to be bogging down.

In Marrakech, there is a lot of talk about action — but that’s still just a lot of talk. The world is racing to stop climate change caused in great part by oil and gas emissions, while still listening to the lobby of companies responsible for said emissions. Exxon’s profits, like those of most oil companies, are plummeting, but they still have a strong word to say and the lobby is as strong as ever.

Countries representing some 70% of the world’s population are asking for a special legal framework for the Paris agreement to make it less vulnerable in the face of vested interests. But that seems like an off chance right now. So ironically, even though this ‘business as usual’ is what we’re trying to change, things are as they’ve been before and they show little signs of change. Unfortunately, we can’t know just how much of an impact this lobby really has.