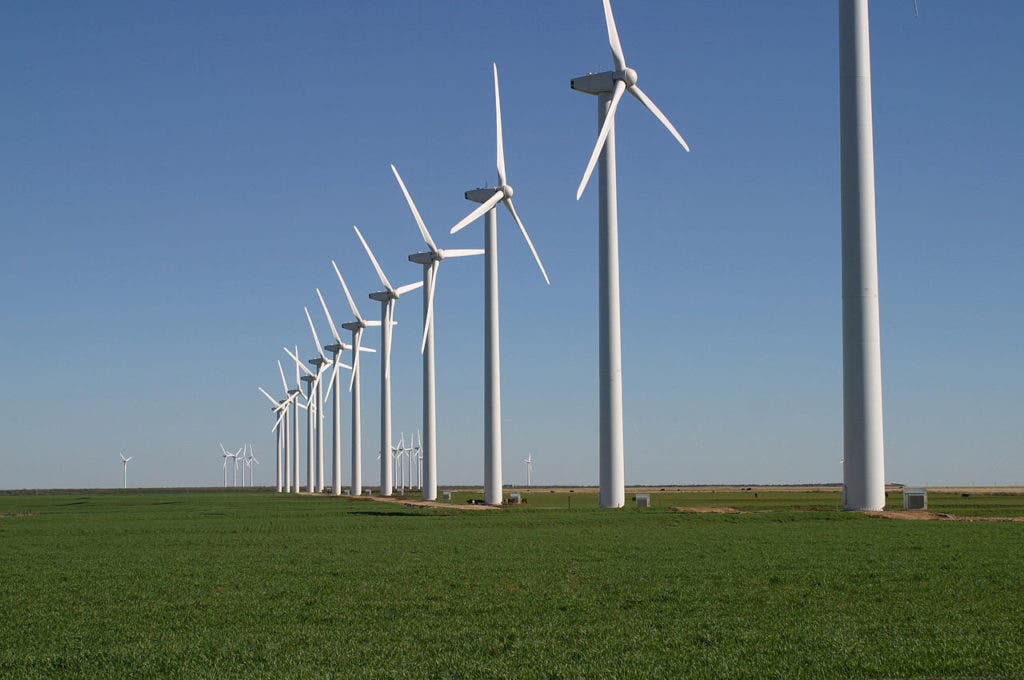 Across all 50 states, the wind industry now employs over 100,000 people and is set to expand dramatically. According to a recent market forecast by Navigant Consulting, an additional 248,000 jobs should be generated by the wind industry over the next four years, amounting to $85 billion in economic activity.

The analysis was reported alongside a white paper released by the American Wind Energy Association (AWEA). It concludes that despite unfriendly governance towards renewable energy, installed wind energy capacity is set to grow significantly, just like is the case of solar. By 2020, 35,000 MW of new wind capacity ought to come online judging from current trends. 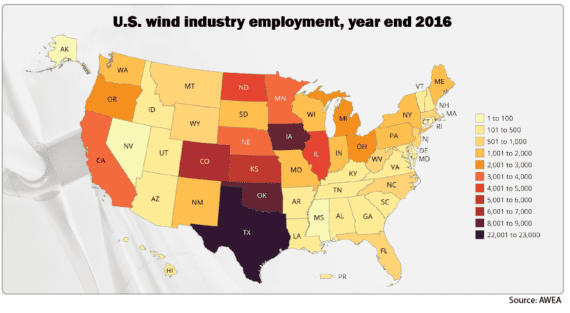 Overall, 2016 was a landmark year for the wind industry in the United States. Turbines supplied more than 5.5% of the country’s electricity in 2016, and in states like Iowa, South Dakota, Kansas, Oklahoma, and North Dakota, wind covered more than 20%. There are now over 52,000 wind turbines operating in the United States. Over 99% of these wind turbines — essentially all of them — are located in rural America, thus providing a great economic boom in areas which are nowadays overlooked by investors.

“American ingenuity and hard work have driven the cost of wind down by two-thirds since 2009, propelling wind to contribute 30 percent of power plant capacity added over the last five years. The policy certainty provided by the 2015 Production Tax Credit phase down has allowed the industry to make long-term investments in the American workforce and manufacturing to further bring costs down,” said Tom Kiernan, CEO of AWEA, in a statement for the press.

Overall, the US saw $13.8 billion invested in the wind industry for the year 2016 and Navigant forecasts $24 billion in annual economic impact through 2020. Over the next four years alone, $8 billion will go to the US government as new taxes in addition to the tax revenue already being generated by existing wind projects.

All of this huge economic boom can ultimately be pinned down on job creation. The number of jobs in the wind industry grew by 17 percent in 2016 and by 2020 an additional 248,000 jobs will be generated. It’s expected 33,000 new jobs will be made available in factories supplying parts, 114,000 in construction, operation, and maintenance of the turbines, and 102,000 jobs in services supported by the wind industry.

Navigant expects developers to aggressively expand deployment of new wind capacity as the Production Tax Credit scheme is set to expire in 2020. Congress previously passed a five-year extension of PTC which also comes with a phase-out. Credit will gradually be phased out on an 80-60-40 percent schedule starting in 2017. The year 2019 will be the last year wind energy will be installed with a dedicated federal incentive — the only major source of energy in this situation in the United States. Hopefully, by 2019, someone in Congress will be brave enough to ask for a new extension or a new subsidy scheme entirely. With today’s leadership, however, nothing is ever certain.

One thought on “Wind energy could generate a quarter million new jobs by 2020 in the US alone, and an economic impact of $85 billion”