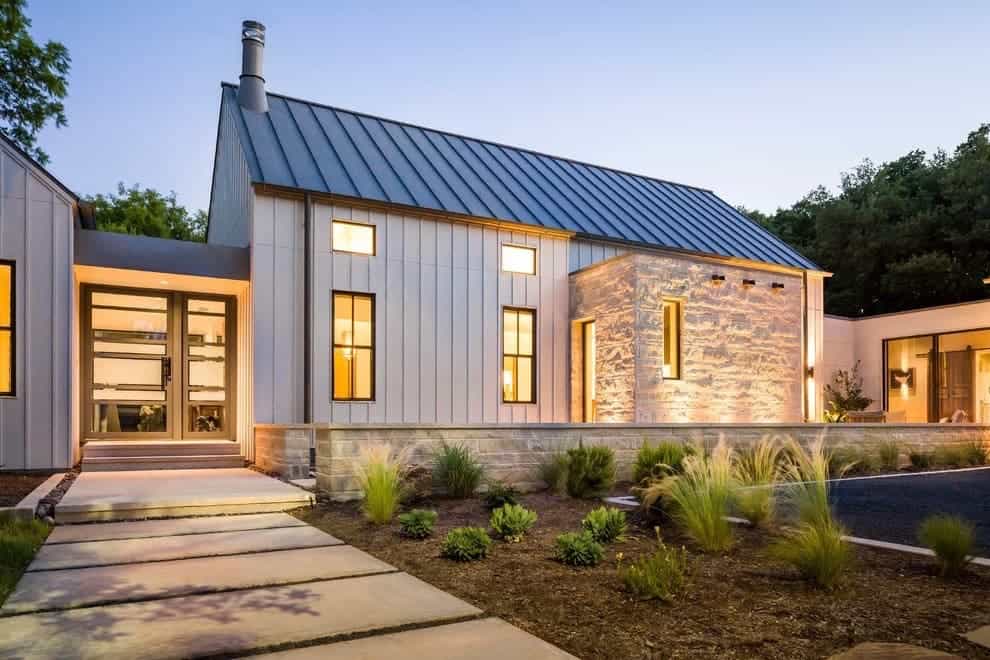 Earlier this month, Tesla started taking the first $1,000 deposits for its much-heralded solar roofs — sleek and fashionable roof tiles that double as solar panels. The marketing was so good that Tesla is already sold out on solar roof tiles until well into 2018, according to Electrek. But Tesla isn’t the only company in this business. A newcomer called Forward Labs promises to deliver much of the same energy output at Tesla at almost half the cost and installation time.

While Tesla’s roof will set you back about $22/square foot ($220/square meter), a Forward Labs roof comes in at less than $12 per square foot ($120 / square meter) for the sections that include PV ($3.25 per watt) and $8.50 per square foot of the non-PV areas. These were designed by a team led by Zach Taylor, who comes from a constructions background particularly on the composition and installation of roofing systems. According to Taylor, his company designed solar roofs to be as inexpensive as possible by using standard construction materials which are easy to install and replace. 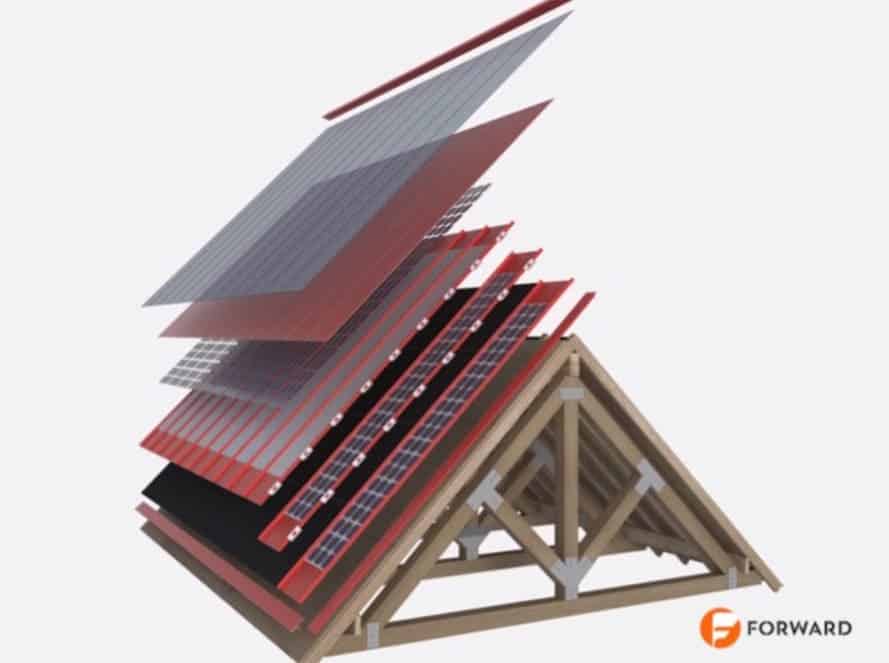 Whereas Tesla’s solar roof is made from individual shingles, Forward Labs’ metal roof is made up of one large, layered piece which itself consists of five layers:

Right now, 8 colors are available but given the chromatic layer, any color is technically possible. Installation takes only a couple of days or half as much as Tesla, according to Taylor.

Aesthetically, it doesn’t look like much — it resembles a typical metal roof. But that can be a good thing if you’re looking to pass a Home Owner’s Association’s muster. It’s also worth knowing the entire roof benefits from the 30 percent federal Investment Tax Credit.

“Although the entire roof doesn’t produce power, it’s treated as part of the system, just as mounting is part of a standard solar array and included as part of the 30 percent credit. Tesla has led on this interpretation, and we’re planning on being under the same final definition,” Taylor, the company’s CEO, told GreenTechMedia.

“But we’re more focused on what consumers want, and we’re finding that consumers are very interested in solar roofing, whether or not the construction industry is open to that,” he said. “We’re looking at a 7- to 8-year return on investment and faster installation time — 2 to 3 days rather than 5 to 7 days — and, in my opinion, and a better looking roof.”

“I’m trying not to make too many comparisons directly to Tesla,” Taylor added. “But I can say that we do have the most cost-effective roof in the market with the highest rate of return on investment — and that’s what homeowners have been seeking.” 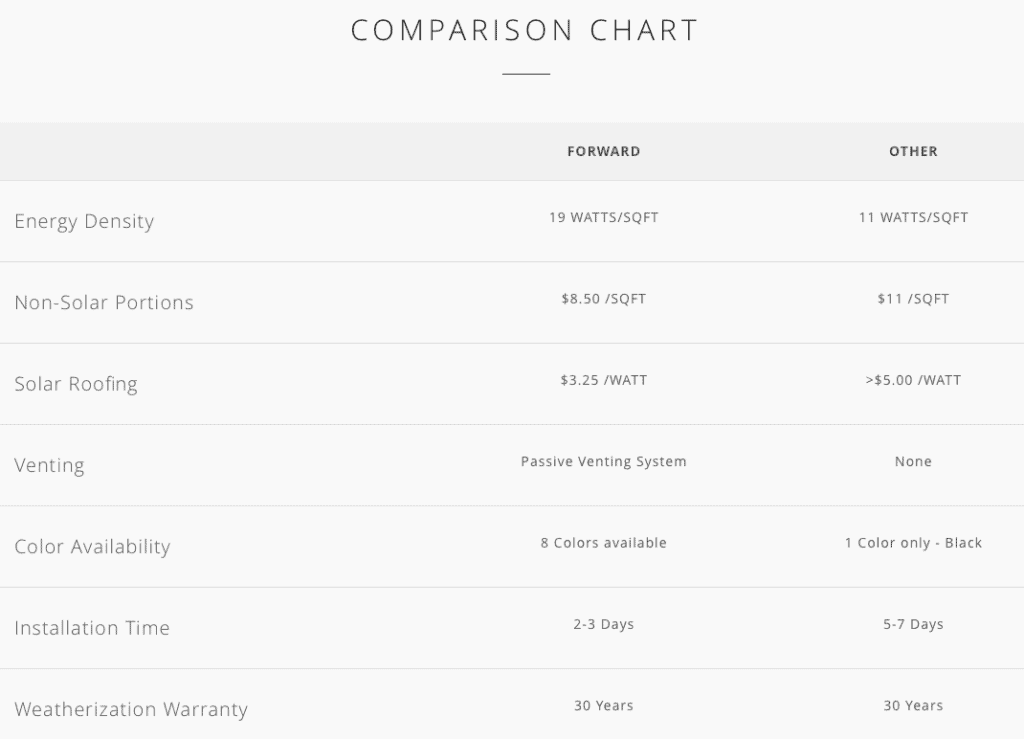 Those are some very bold claims. It remains to be seen if Taylor and colleagues are worth the hype — after all, Tesla is also very bombastic with pre-product claims but nearly always delivers, and plenty more.

The firm has started taking preorders for its solar roofing system for installation in the San Francisco Bay Area. Taylor says the first preorders will be installed this year even though he told customers it’s on for “2018”. “We’d like to underpromise and overdeliver,” he said.