After France, the UK and Canada, now Italy has announced an end date for coal power generation.

Milan is one of the European cities with the worst air pollution. Image credits: Nicolago.

Italian Industry Minister has announced concrete plans to end coal power within less than a decade, asking the national grid company to identify the infrastructure needed to make the transition. Italy’s biggest utility company (Enel) has also announced that they will not be investing into new coal-fired plants.

Like most countries in Europe, Italy’s renewable sector is constantly growing, year after year. In 2015, renewable sources generated just under 38% of the country’s electricity. While hydroelectrical plants are the biggest contributor (15.5% of the total), solar and wind sources generate show steady growth, reaching 13%. Geothermal and bio-energy are also significant sectors. Italy has no nuclear plants after they banned them through a referendum in 1987.

Coal currently produces around 15% of Italy’s energy. It still is an important electricity source and if this move carries through, it will mean that some plants would have only run for fifteen years. Electricity generation from coal has remained relatively stable over the past decade,

Chris Littlecott, who leads a fossil fuel transition programme at think tank E3G, welcomed the announcement from the Italian government.

“Italy’s positive commitment to phase out coal by 2025 demonstrates real international leadership as it completes its year holding the G7 Presidency,” he said in a statement. “Italy now joins its G7 peers in Canada, France and the UK in taking action to phase out coal power generation over the next decade. Together, they can lead a growing coalition of countries and regions that are now acting on coal.” 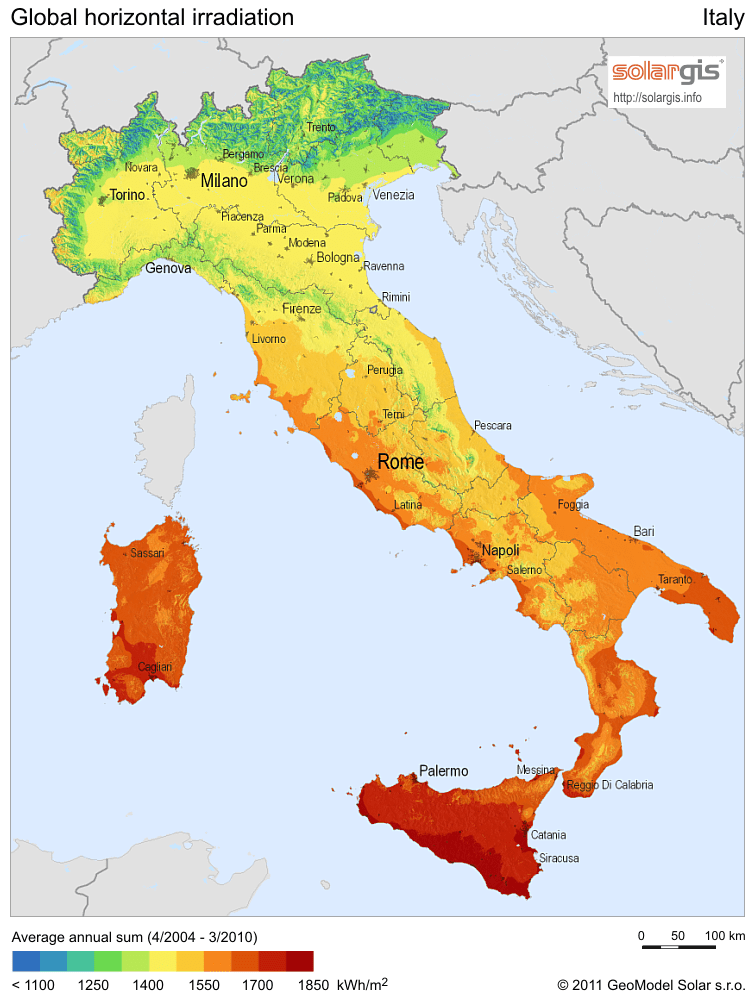 Italy’s south has abundant Sun, while the north is more suitable for wind energy.

However, nothing has been confirmed just yet. The measure is set to seek governmental and parliamentary approval at the beginning of November, and it remains to be seen if it will pass, and if yes, in what form. There are reasons to be optimistic but until a full strategy has been presented and voted, it’s a rather cautious optimism.

The measure is also expected to encourage the usage of electric vehicles. Italy aims to raise the number of electric charging stations to 19,000 by 2020, but it doesn’t make much sense to develop electric cars if the electricity is still generated from dirty sources.

Italy is greatly suffering from air pollution and smog. Just this year, cities in northern Italy reported pollution levels way over safe levels, and Milan and Rome are looking into car bans as an emergency way to clear out the city air.