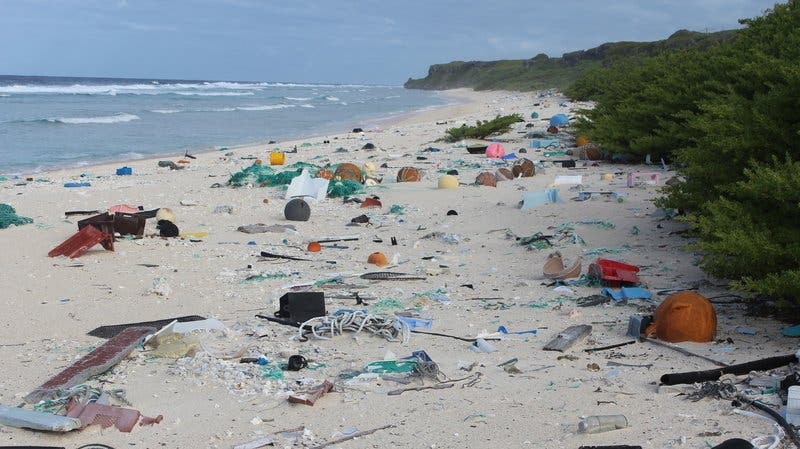 Henderson Island was once regarded as one of the most pristine landscapes in the world. This makes this desolate sight from Henderson even more hurtful. Every day, some 27 new pieces of junk wash up on the island according to a new study. Credit: Jennifer Lavers/University of Tasmania.

Thousands of miles away from the nearest city, smack in the middle of the South Pacific Ocean, lies the Henderson Island. This island, part of the Pitcairn Islands and a UNESCO World Heritage Site, has never been permanently inhabited and only a few humans have ever made the trip by ship to set foot on it, usually scientists on research expeditions. Knowing this, Henderson ought to be one of the most pristine places on this planet. The sad reality, however, is that Henderson Island has the highest density of plastic trash ever reported in nature.

“What’s happened on Henderson Island shows there’s no escaping plastic pollution even in the most distant parts of our oceans,” lead author Jennifer Lavers from the University of Tasmania said in a statement. “Far from being the pristine ‘deserted island’ that people might imagine of such a remote place, Henderson Island is a shocking but typical example of how plastic debris is affecting the environment on a global scale.”

According to the University of Tasmania team, huge quantities of plastic waste in all shapes and sizes have washed up along the years on Henderson. Every day, thousands of new tiny bits of plastic are thrown by tides on the white-sand beaches of the island. 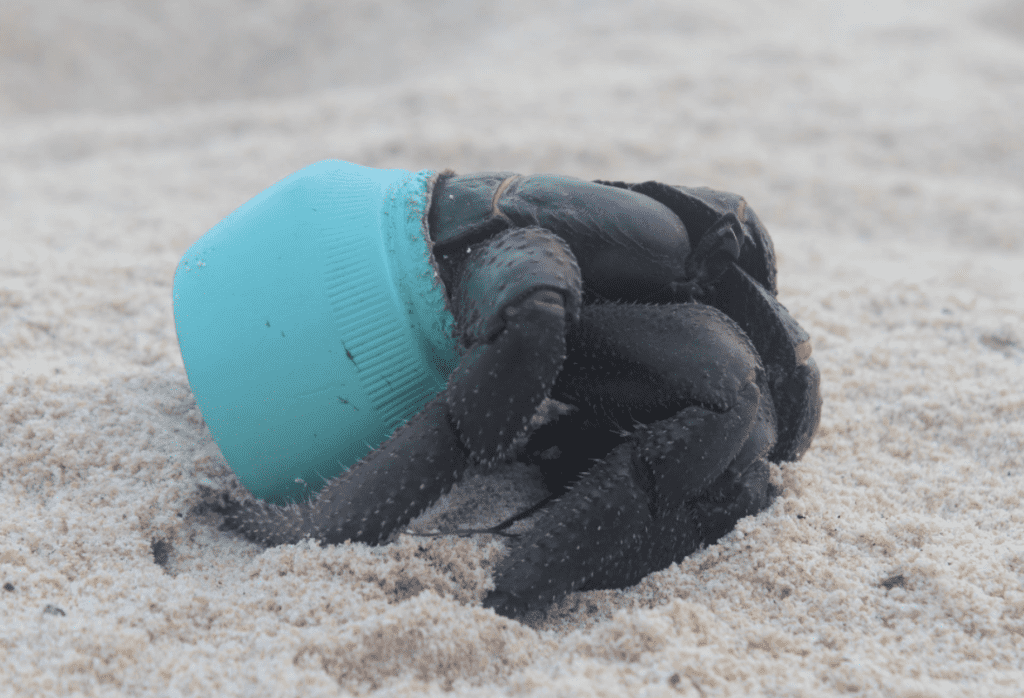 Henderson Island is polluted with the greatest density of plastic in the world. The situation is so bad that hermit crabs use plastic debris for homes. Credit: Jennifer Lavers/University of Tasmania.

For three months since May 2015, Lavers and colleagues lived on Henderson Island and documented all of the man-made trash there. Their estimates suggest there are over 37,661,395 pieces of anthropogenic trash which amount to 17.6 tons of plastic waste. This mass, however, represents only “1.98 seconds’ worth of the annual global production of plastic,” researchers wrote in the Proceedings of the National Academy of Science.

These stats are extremely worrisome and scary for a number of reasons. The report gives to show there’s no escaping human influence, i.e. trash, even in the remotest places on Earth. The oceans, like the land and atmosphere, is a unified environment which is why trash from San Francisco can wind up in the ocean and, eventually guided by currents, on a remote island such as Henderson. By some estimates, there may be some 5 trillion pieces of plastics and microplastics swirling around the world’s oceans. These wash up on shores across the planet where they litter and pollute the environment. Animals, both marine and land-based, eat these plastics causing them to suffer or die. Ultimately, humans can end up ingesting these plastics too since we’re at the top of the food chain.

Most of the items found on Henderson were largely disposable or single-use; things like razors, cigarette lighters, toothbrushes, etc. All of this trash doesn’t bode well with the island’s unique ecology, which includes ten endemic plant and four bird species. The image above with the hermit crab that uses a plastic container for a shell is most telling in this respect.

So, who’s to blame? Everyone basically. The paper doesn’t explicitly say this, but the millions of plastic debris on Henderson come from all over the world.