The Nature is a treasure house of wonders. As we go on unlocking its secrets, more remains to be discovered. So is the hunt for finding new butterfly species. 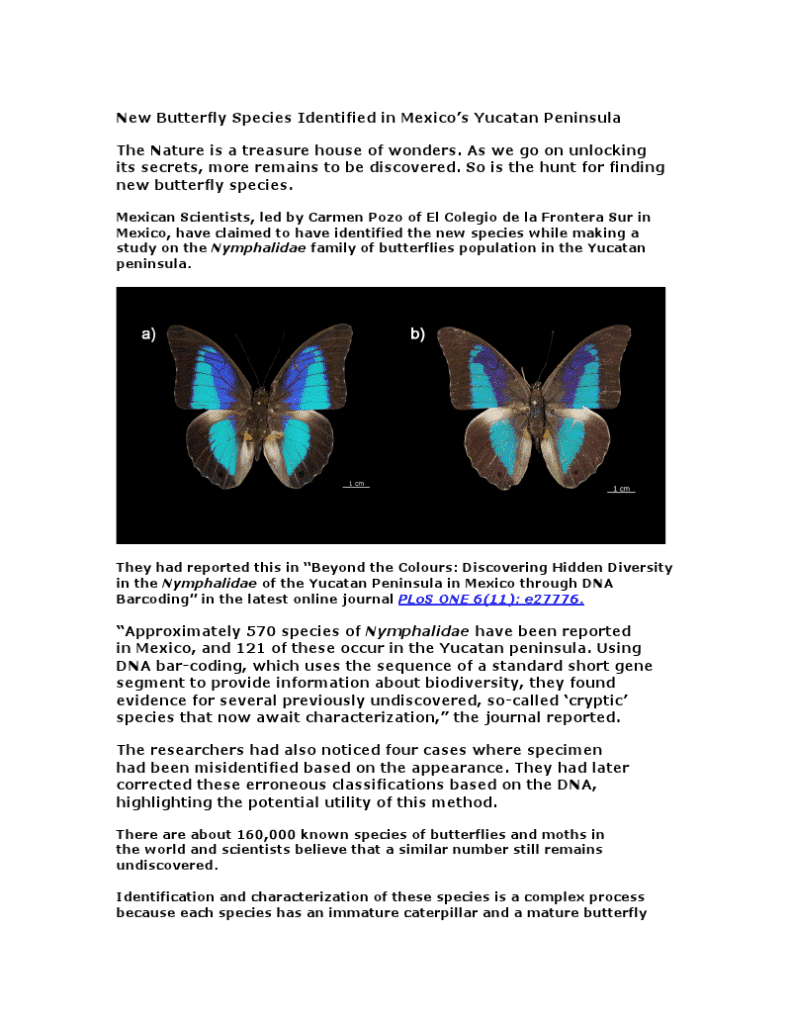 Mexican Scientists, led by Carmen Pozo of El Colegio de la Frontera Sur in Mexico, have claimed to have identified the new species while making a study on the Nymphalidae family of butterflies population in the Yucatan peninsula.

They had reported this in “Beyond the Colours: Discovering Hidden Diversity in the Nymphalidae of the Yucatan Peninsula in Mexico through DNA Barcoding” in the latest online journal PLoS ONE 6(11): e27776.

“Approximately 570 species of Nymphalidae have been reported in Mexico, and 121 of these occur in the Yucatan peninsula. Using DNA bar-coding, which uses the sequence of a standard short gene segment to provide information about biodiversity, they found evidence for several previously undiscovered, so-called ‘cryptic’  species that now await characterization,” the journal reported.

The researchers had also noticed four cases where specimen had been misidentified based on the appearance. They had later corrected these erroneous classifications based on the DNA, highlighting the potential utility of this method.

There are about 160,000 known species of butterflies and moths in the world and scientists believe that a similar number still remains undiscovered.

Identification and characterization of these species is a complex process because each species has an immature caterpillar and a mature butterfly form, as well as the reliance on the physical appearance for classification.

The latest DNA-based bar-coding technique came handy to the scientists for easy identification and characterization of the species.

“This investigation has revealed overlooked species in a well-studied museum collection of Nymphalid butterflies and suggests that there is a substantial incidence of cryptic species that await full characterization.

The utility of bar-coding in the rapid identification of caterpillars also promises to accelerate the assembly of information on life histories, a particularly important advance for hyper diverse tropical insect assemblages,” the researchers observed.