The officials of Lake Havasu have taken a laudable measure: they’re offering free mussel decontamination for boats, in an attempt to stop the spread of a very dangerous species, the quagga mussel. 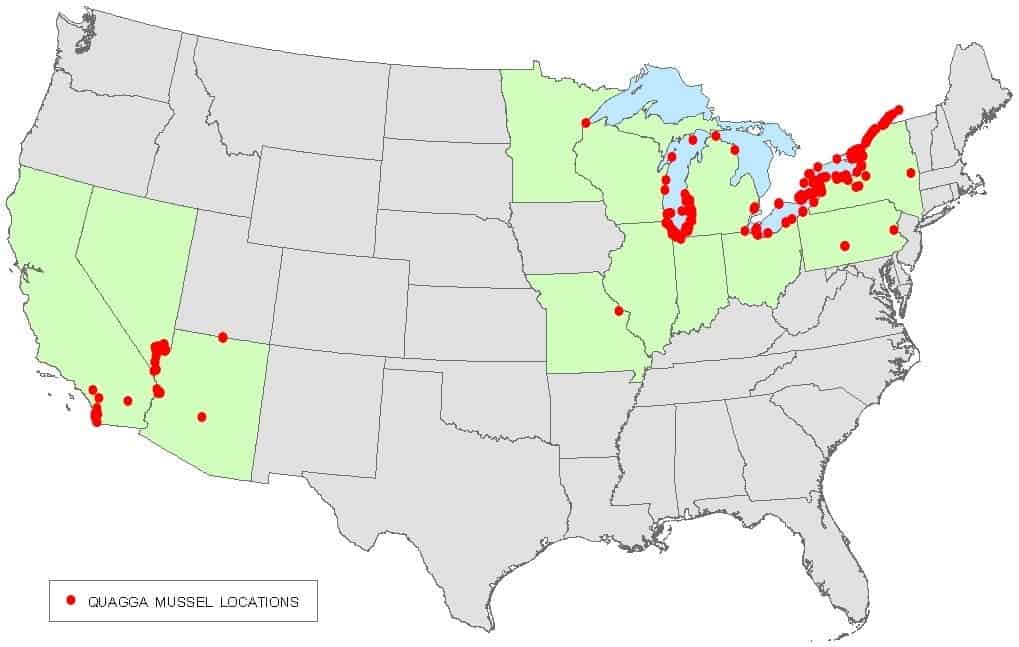 The spread of quagga mussel in the US. Image via Wiki Commons.

The quagga mussel (Dreissena bugensis) is a species of freshwater mussel named after the quagga, an extinct subspecies of African zebra. A rather interesting creature in itself, the mussel is currently of major concern in the Great Lakes of North America as an invasive species brought by overseas shippers that use the St. Lawrence Seaway.

This is a problem because they are very good at filtering water and taking out the phytoplankton, in turn decreasing the food source for zooplankton, therefore altering the food chain and damaging the ecosystem. Each coin-sized quagga can filter up to a liter of water per day. The mussels can also ruin motorboats and clog engines.

Now, Lake Havasu has taken measures to limit as much as possible the spread of this unwanted species. They’re offering a free service to boat owners. A device inside a shipping container flushes 140-degree water through a boat’s water intake systems, cleaning the boats of mussels. The only downside is that the boats then require about one week to dry.

Kami Silverwood, a Game and Fish aquatic invasive species specialist praised this measure, underlining that we need to stop the spread.

“Other western states are like, ‘Hey, you have the mussels, you need to contain them,’” Silverwood said.