New research shows how well-meaning environmental measures can backfire if they don’t take into account the wider picture. 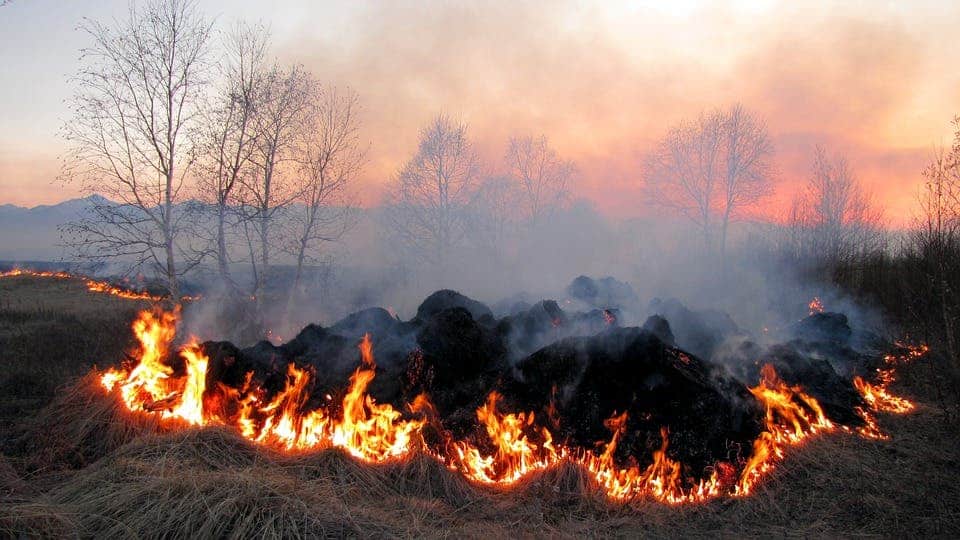 A new groundwater conservation policy in northwestern India is increasing air pollution in the already haze- and smog-filled area, new research reports. The problem is caused by how water-use policies require farmers to shift rice crops to later in the year, which in turn delays the harvests and results in the burning of agricultural residue in November — a month when breezes stagnate, leading to increased air pollution.

“This analysis shows that we need to think about sustainable agriculture from a systems perspective, because it’s not a single objective we’re managing for — it’s multidimensional, and solving one problem in isolation can exacerbate others,” said Andrew McDonald, associate professor of soil and crop sciences at the Cornell University, and a co-author of the paper.

India has quite a water problem. Being a (generally) pretty dry place, agriculture here relies heavily on groundwater resources — and they’re being rapidly depleted. First, authorities tried to convince farmers to plant less water-intensive crops than rice, but this failed due to a number of reasons (such as free electricity for irrigation, assured output markets, and minimum support price
guarantees for rice). So in March 2009, the government passed The Punjab Preservation of Subsoil Water Act and the Haryana Preservation of Subsoil Water Act, legislation that forced farmers to delay rice transplanting (basically rice sowing) after the onset of the monsoon season on June 10; this was later adjusted to after the 20th of June.

So far, so good — the team notes that these groundwater acts helped “significantly reduce” groundwater depletion in northwestern India. However, they’ve also inadvertently helped increase air pollution levels. The team analyzed their effect on the timing of farmers’ planting and harvesting crops, and burning crop residues. They also connected this information with meteorological and air pollution data.

The team explains that residue burning patterns shifted following the groundwater acts, declining within October but significantly increasing in the first three weeks of November. “With the advent of combine harvesting in the 1980s, [on-field] burning of rice residues became the method of choice for accelerating the turn-around time between crops to ensure timely wheat planting and maintenance of yield potential,” the team explains. The sowing date imposed by the groundwater acts leaves farmers very little time to clear out reside apart from burning before the wheat season begins.

“Before the acts, maximum occurrence was on 24 October at 490 fires per day. After implementation of the acts, this increased to 681 fires per day, peaking around 4 November,” they add.

“Groundwater act implementation is associated with a concentration of crop residue burning into a narrower window, later in the season, and with a peak intensity that is 39% higher.”

The team further notes that this date coincides with weaker winds compared to October, which favors the build-up of air pollution. Daily PM2.5 (atmospheric particulate matter with a diameter under 2.5 micrometers) in November rose 29% after the groundwater acts.

On one hand, northwest India needs to tackle groundwater depletion. On the other hand, air pollution claimed the lives of almost 1.1 million Indians in 2015, and costs 3% of the country’s gross domestic product, according to the study. The team suggests technology that would allow farmers to plant new seeds without burning rice residue as a possible solution. Alternatively, they recommend the use of shorter-duration rice varieties that offer flexibility in planting and harvesting dates.

The paper “Tradeoffs between groundwater conservation and air pollution from agricultural fires in northwest India” has been published in the journal Nature Sustainability.