American researchers adapted two nano-scale investigation techniques traditionally used in material sciences to take an atom by atom look at how foraminifera build their shells. The advance not only provides insight into the process of biomineralization, but will also allow us to better track the environmental history of the Earth. 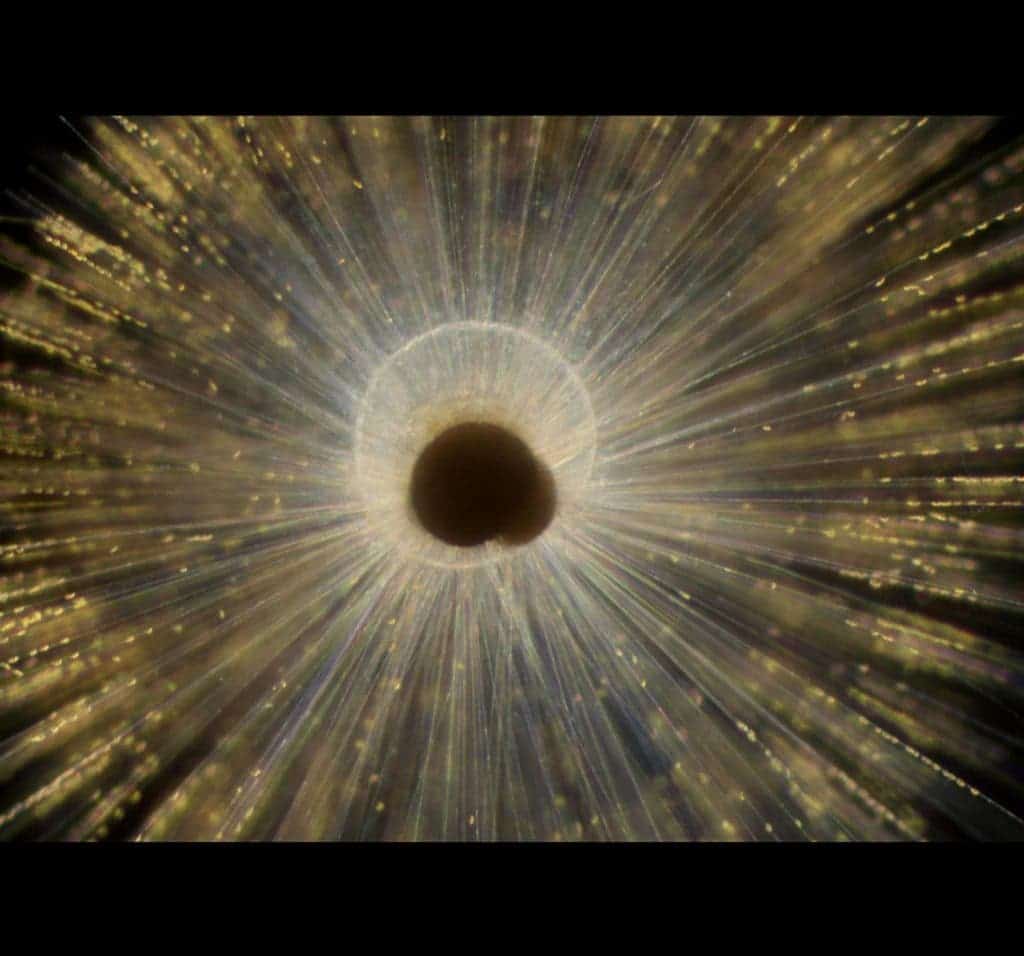 The team of researchers from University of California, Davis, University of Washington, and the U.S. Department of Energy’s Pacific Northwest National Laboratory developed a novel way of studying the growth patterns of foraminifera (“forams”), a type of plankton. The team created an organic-mineral interface where they could observe how calcium carbonate crystals grow in the shells.

With these methods, the team zoomed in down to the atomic level to understand how trace impurities find their way into shells during the growth process — or biomineralization. They focused on a critical stage of the process — the interaction between the shell’s biological template and the initiation of growth.

From their observations, the team created an atomic-scale map of the chemistry taking place at this key point in time for Orbulina universa forams. This is the first ever chemical record of a calcium carbonate biomineralization template. Some surprising findings were higher-than-expected levels of sodium and magnesium in the organic material. These two elements weren’t considered as important for the overall architecture of the shells, said lead study author Oscar Branson. The finding means we can better account for these two elements when investigating paleoclimate from foram shells.

Why does that even matter?

Well, together with ice core samples, foram shells are the only medium we have that records climate conditions throughout the Earth’s past. They’ve been around for some 200 million years (surviving even asteroid impacts), raining down layers of shells on the ocean floor when they die. As the shells grow, they absorb minerals from the surrounding seawater, such as calcium, magnesium, sodium, so on. How much of each is available in the water, and how much of each is absorbed, depends directly on environmental conditions. The warmer the water was where the shell grew, the more magnesium it will contain, for example.

So by analyzing the shells’ chemical makeup, we can determine how climate conditions changed over this 200m years period.

“Finding out how much magnesium there is in a shell can allow us to find out the temperature of seawater going back up to 150 million years,” Branson said.

But each shell is composed of countless nanometer-scale bands — similar to how trees have growth rings. Element concentrations vary between these bands as well, not just between shells.

“We know that shell formation processes are important for shell chemistry, but we don’t know much about these processes or how they might have changed through time,” he said. “This adds considerable uncertainty to climate reconstructions.”

The new findings will hopefully allow us to better tune our investigations in the future, so we can create more accurate climate records of the past.

The full paper “Atom-by-atom growth chart for shells helps decode past climate” has been published in the journal Nature.