The Great Barrier Reef, which stretches 2,000km (1,200 miles) along the coast, is the world’s largest living ecosystem. Environmental groups are pushing to get the reef listed as “in danger” by the UNESCO, so that the Australian government would have to work harder to protect it from various dangers such as pollution, dredging, fishing and so on. The UN says this is the “most biodiverse” of its World Heritage sites, and that is of “enormous scientific and intrinsic importance”. 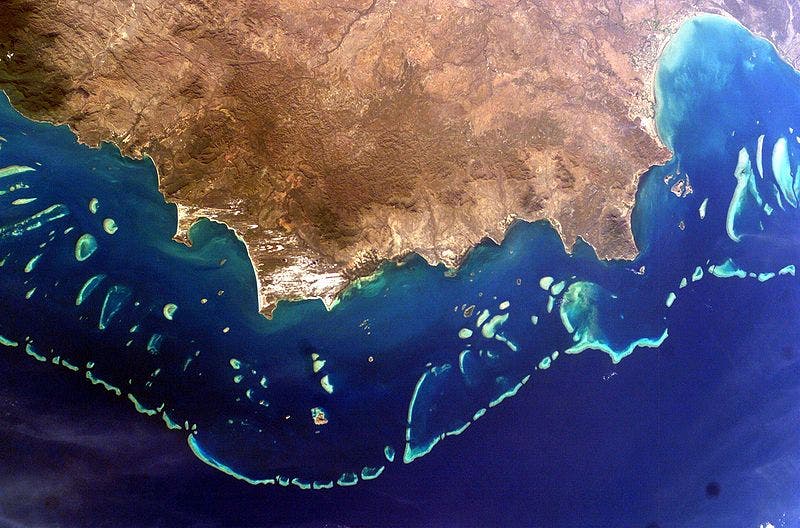 Earlier today however, UNESCO decided against giving the reef protected status, while they do recognize that it faces “major threats”. The decision has been welcomed by the state of Queensland, which generates billions of dollars in tourism revenue from the reef.  Jackie Trad, Queensland’s deputy state premier, told BBC she was “absolutely pleased about the decision”.

“It was an incredible moment in history, in Queensland and Australian history,” said Ms Trad..

A report published in 2014 concluded that the condition of the reef “is expected to further deteriorate in the future”. Climate change, extreme weather, and pollution from industry were listed a key concerns. Ms Trad agreed that there has been a decline in the reef’s health, and said that the Queensland government has made “strong commitments” to protecting it.

Australia said it had “clearly heard” the concerns of the environmental groups and would commit an additional A$8 million ($6.2m; £3.9m) for monitoring the reef. Earlier this year, their governing body submitted a plan to UNESCO outlining how it would address the threats to the reef. This included a proposed objective of reducing pollution by 80% before 2025, as well as reversing a decision to allow dredged material to be dumped near the reef.

One of the conditions imposed on Australia so that the designation does not get put into place is that they have to give updates to UNESCO at the end of 2016 and in 2020 about the implementation of the organization’s recommendations regarding the reef. However, some environmental groups remain skeptical:

“Until the plans for the massive coal mine and port expansion are dropped, it’s impossible to take Australia’s claims that they are protecting the reef seriously,” Greenpeace’s Jess Panegyres told the BBC.

Dermot O’Gorman, of the WWF conservation group, said that the committee’s decision “places Australia on probation”.

And as such, they made this video, to raise awareness of the site’s fragile beauty, and to show us what we stand to loose if measures to protect the area are not taken.

This video shows a journey through Australia’s Great Barrier Reef seen from a turtle’s eye view. Environmental groups are campaigning the Australian government and UNESCO to designate the reef as “in danger,” claiming industrial activity in the area threatens the reef’s ecosystem. (Christine Hof and Ian Bell, WWF)

The video from the World Wildlife Fund was filmed using a GoPro Camera attached to the shell of a turtle lazily swimming around the reef.

3 thoughts on “The Great Barrier Reef left out of UNESCO “in danger” list, environmental group films turtle-back video to raise awareness of the area’s fragility”