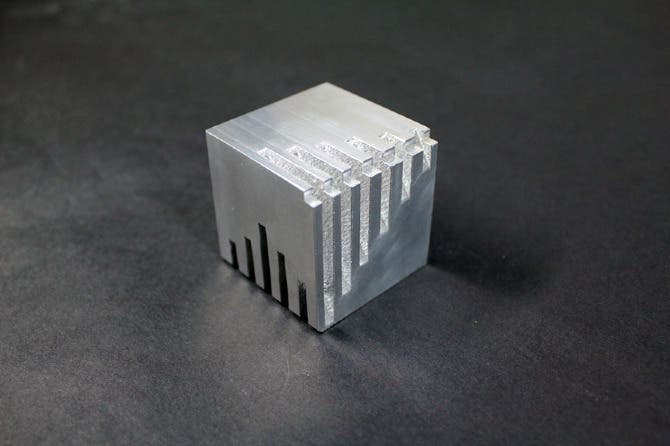 Being the most abundant metal in the Earth’s crust, aluminium probably doesn’t make it very high on the “We’ve really gotta start recycling this” list of most people. Surely stuff like paper or plastic should take precedence. Paper comes from trees and I’m fairly sure we need those to breathe, and there’s plastic even inside animals!

Well, yes, that second part is true, and is exactly why we should aim to reuse as much of anything as we can. It’s not convenient nor free — beyond the collecting, sorting, and washing that needs to be done, there’s an energy cost to making materials reusable. You can’t just fill a bottle someone threw in the ocean ten years ago back up with beer. it needs to be melted and re-shaped. Scrap iron must be treated to eliminate rust and re-cast. It takes a lot of juice, too: recycled paper uses as much as 60% of the initial production energy, plastic 30% and glass some 60%. So why waste our time on such a common metal?

For all its abundance, aluminium wasn’t discovered until 1807 — by Sir Humphry Davy — and an economically viable process to refine it wasn’t developed until 1886. In the 19th century, it was so expensive and hard to refine aluminium, even from bauxite, that the Washington Monument was given an aluminum tip to symbolize its value.

Why? Because most of our planet’s reserve of the metal is mixed up in minerals from which it’s not easy to extract. Actually, you can probably find it in most types of rocks, soil, or even vegetation, but it’s so dispersed and chemically bound it’s just too expensive to extract. This is why mining and refining it will always be costly and damaging to the environment, both from extraction and processing.

Thankfully, among all other materials, aluminium stands out as a shining (and often shiny) beacon of efficiency when it comes to recycling.

And I’m here to tell you all about it.

Aluminium is a chemical element with the atomic number 13 — it has 13 protons in its nucleus, surrounded by 13 electrons. It’s a silvery-white, very soft when pure but very strong in alloy form, nonmagnetic metal. Aluminium is the most abundant metal and the third overall in our planet’s crust, making up 8% of its mass. But being very chemically reactive, it’s almost impossible to find aluminium in native form — pure aluminium nuggets can only be found in extreme environments, but atoms of the element appear in almost 270 minerals.

It’s also very ductile and easy to machine, cast, draw or extrude, and has thermal and electrical conductivity almost as good as coppers. Throw in good corrosion resistance, and it’s easy to see why aluminium is the most produced and widely used nonferrous metal: from airplanes, satellites and space shuttles to beer cans and packaging, we can’t get enough of it. 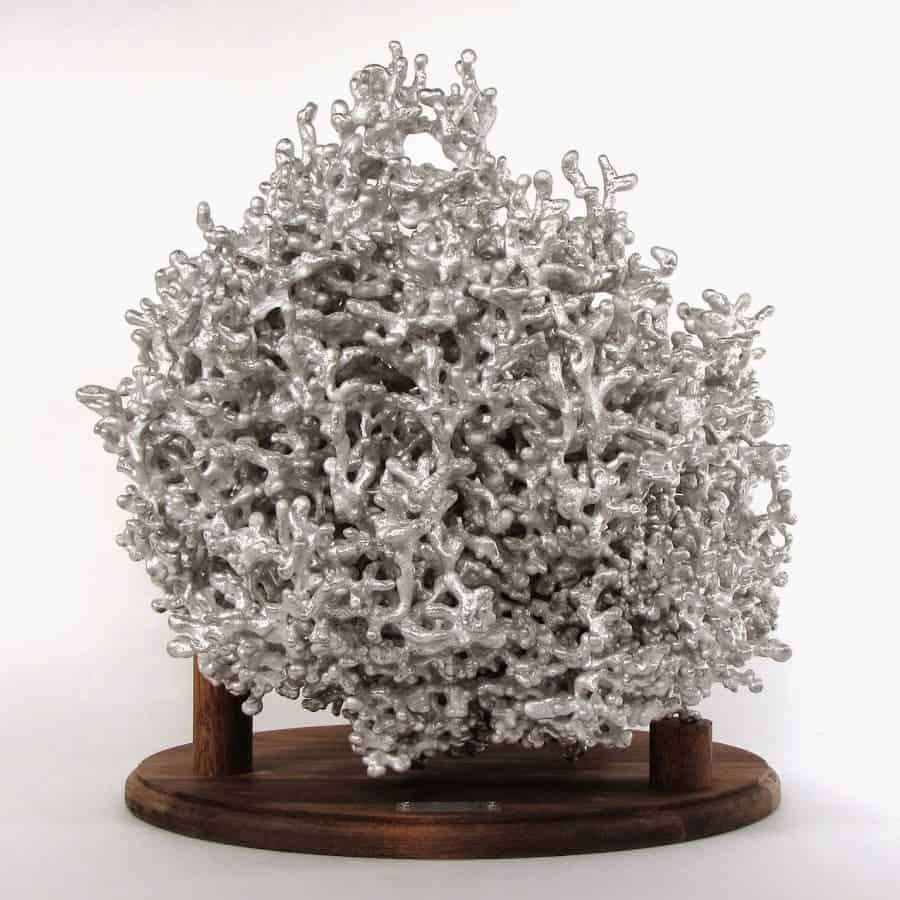 A lifecycle for aluminium. Image via constellium

When aluminium is exposed to air, a very thin layer of aluminium oxide forms on the surface, insulating the body of metal from oxygen. This metal is only corroded by water at temperatures in excess of 280 degrees C. There are some chemical substances that do attack it — most notably salt, which is why aluminium isn’t used in plumbing — but given it’s general resistance to corrosion, aluminium isn’t consumed during its lifetime as a product, it’s just being used.

As such, one ingot of aluminium can be recycled infinitely, with no loss in quality. It’s one of the most recycled and recyclable materials today — so much so that almost 75 percent of all aluminium ever produced in the U.S. is still being used today.

One of the reasons aluminium is so widely recycled today is that it’s profitable to do so. With demand constantly growing and because reusing waste to cast bars is dirt cheap compared to refining it from ore, recycling aluminium is a nice way to turn a profit.

It’s so cost-efficient that during WWII, when aluminium refinement processes were far less efficient than today, families were encouraged to save strips of aluminium foil, and turn them in to the government. In many towns, they could be exchanged for a free entry to a movie theater. Government-sponsored posters, ads, radio shows, and pamphlet campaigns urged Americans to contribute to scrap drives. There was even a radio show — “Aluminum for Defense,” debuting in 1941 on the New York radio station WOR.

It was cheaper for the government to pay for your movie ticket and print, air and plaster their way through an entire PR campaign than produce more aluminium foil. Recycling is a core operation of the aluminum industry even today, with the United States and Canada recycling more than 5 million tons of aluminum each year, most of which goes back directly on the market

The Macquire Group, a global investment banking and diversified financial services group, estimates that around 40% of spending in the aluminium mining and refining sector goes toward energetic resources, such as electricity or oil.

Now, just getting the ore, known as bauxite, out of the ground is pretty easy, with less than 1.5 kilograms of diesel and 5 kWh of electricity consumed for every ton extracted. But refining it, that’s a different story altogether:

“Today, the average specific energy consumption is around 14.5 GJ per tonne of alumina, including electrical energy of around 150 kWh/t Al2O3,” The International Aluminium Institute reports.

Compared to refinement from bauxite, the process by which we recycle aluminium uses only 5 percent of the energy, so 20 ingots can be recycled for the same energy it takes to produce just one from ore. Using electrolysis in conjunction with renewable energy sources, there are practically no CO2 emissions in the process of aluminium recovery. Countries whose energy systems revolve around hydroelectric plants, such as Norway, Canada or Venezuela are traditionally large producers of this metal.

Even when using power from polluting sources, such as fossil-fuel plants, the process is still much much cleaner than refinement:

Some other cool recycling facts

It takes as little as 60 days to get a used can washed, melted, processed and into a grocery store as a brand new can. The process saves enough power to run a TV for three hours.

While cans are the most recycled — and the most produced — form of aluminium, siding, gutters, car components, storm window frames, and lawn furniture can also be recycled.

The next time you throw away an aluminium can, picture the can half full of gasoline. That’s how much energy goes into making it, and how much energy will have to be spent to produce a new one rather than recycling it.

8 thoughts on “Everything about Aluminium: facts, recycling, importance”