An offshore of Royal Dutch Shell is responsible for a new oil spill which covered a 13- by 2-mile sheen of oil on the waves. 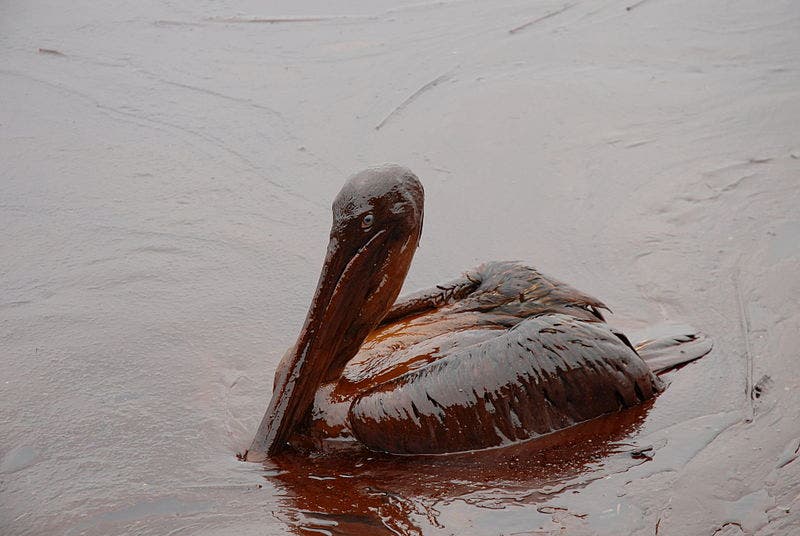 An oiled brown pelican near Grand Isle, Louisiana after the Deepwater Horizon spill.

It’s sad that a 90,000-gallon spill is considered minor – almost too minor to even report. The Bureau of Safety and Environmental Enforcement, which is part of the U.S. Interior Department, said Shell Offshore Inc. reported a crude oil spill from its Brutus platform, about 90 miles south of Timbalier Island, Louisiana. No injuries were reported.

“There are no drilling activities at Brutus, and this is not a well control incident,” the company said. “Shell is determining the exact cause of the release by inspecting the subsea equipment and flowlines in the Glider field. The company has made all appropriate regulatory notifications and mobilized response vessels, including aircraft, in the event the discharge is recoverable. There are no injuries.”

At a global level, oil spills are surprisingly common, with several major ones taking place each year – in some places more often than others. The Gulf of Mexico seems a particularly prone area, with the most notable spill being the Deepwater Horizon Spill, which killed 11 people and spewed out 4.9 million barrels (210,000,000 U.S. gallons; 780,000 cubic meters), being one of the biggest environmental disasters in history.

“The last thing the Gulf of Mexico needs is another oil spill,” Vicky Wyatt, a Greenpeace campaigner, told EcoWatch. “The oil and gas industry’s business-as-usual mentality devastates communities, the environment, and our climate. Make no mistake, the more fossil fuel infrastructure we have, the more spills and leaks we’ll see. This terrible situation must come to an end. President Obama can put these leaks, spills, and climate disasters behind us by stopping new leases in the Gulf and Arctic. It’s past time to keep it in the ground for good.”

2 thoughts on “New oil spill spews 90,000 gallons of crude oil into the Gulf of Mexico”