The ocean abyss hasn’t warmed significantly since 2005, according to a new NASA study, further deepening the mystery of why global warming has apparently ground to halt in the past couple of years. The researchers stress, however, that the findings do not indicate that there isn’t any man-made climate change; sea levels are still rising, it’s just the fine details that are currently escaping scientists. 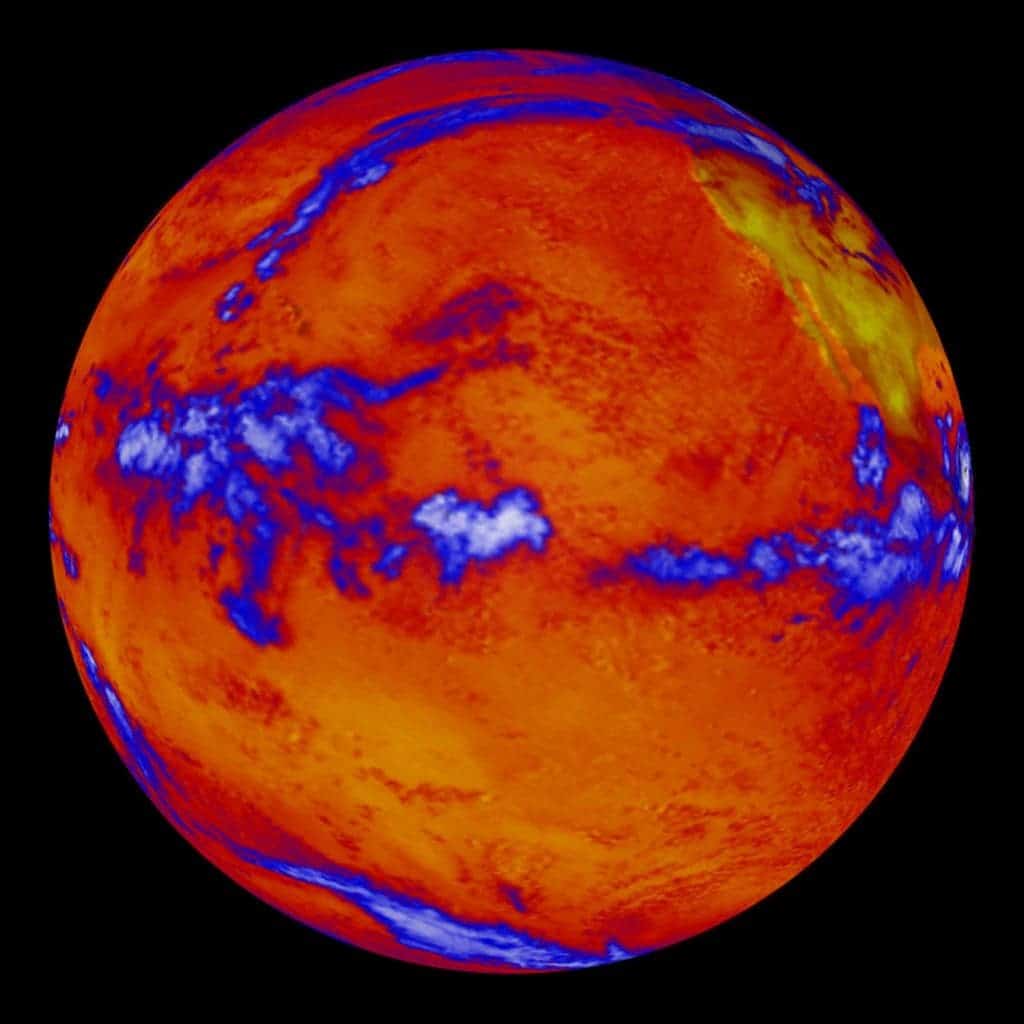 Today, there are more greenhouse gases, like CO2 or methane, released into the atmosphere then ever before, yet global surface temperatures have stopped following the emissions curve for some time. Clearly, the heat is there somewhere, but where? Recent estimates have calculated that 26 percent of all the carbon released as CO2 from fossil fuel burning, cement manufacture, and land-use changes over the decade 2002–2011 was absorbed by the oceans, which act like a huge carbon sink. (About 28 percent went to plants and roughly 46 percent to the atmosphere.)

The heat causes the water to expand and melt glaciers – both factors cause sea levels to rise. Sure enough, the waters have heated up, but temperature readings suggest these haven’t warmed fast enough to account for the stalled air temperatures. Some scientists, backed by climate models, suggest the excess heat may be found in the ocean abyss – below the 1.24-mile mark. 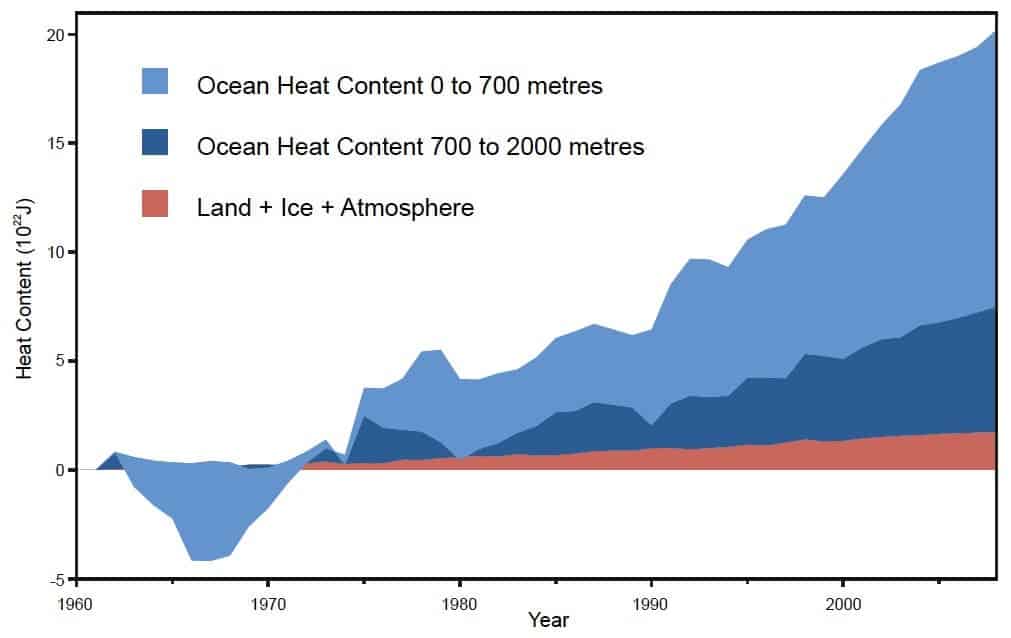 Scientists at NASA’s Jet Propulsion Laboratory (JPL) in Pasadena, California, analyzed satellite and direct ocean temperature data from 2005 to 2013 to test the idea. To probe the waters’ temperature directly, a network of 3,000 floating temperature probes called the Argo array were deployed.

The researchers reached this conclusion after applying a surprisingly simple subtraction calculation. Because water expands when heated, the team calculated the total amount of sea level rise, then subtracted the amount of rise from the expansion in the upper ocean, and the amount of rise that came from added meltwater. What’s left should correspond deep ocean warming, yet the figure was insignificant.

“The deep parts of the ocean are harder to measure,” said JPL’s William Llovel, lead author of the study published Sunday in the journal Nature Climate Change. “The combination of satellite and direct temperature data gives us a glimpse of how much sea level rise is due to deep warming. The answer is — not much.”

6 thoughts on “Ocean Abyss hasn’t Warmed – Where’s All The Heat?”