Everyone has their own favourite animal, and this view often influences how you see local wildlife. People want to keep their favourite animals. Therefore, what people think about an animal can determine whether a conservation plan is met with resistance or support. The opinions of children are important because they reflect their later opinions and they can have an influence on their parents’ opinions. Of course, children’s favourite animals depend on which they encounter and their education.

In particular, growing up on an island or on the mainland could affect how children view certain animals, according to a study from North Carolina State University. Island children were found to prefer invasive species, while children from the continent prefer native mammals. 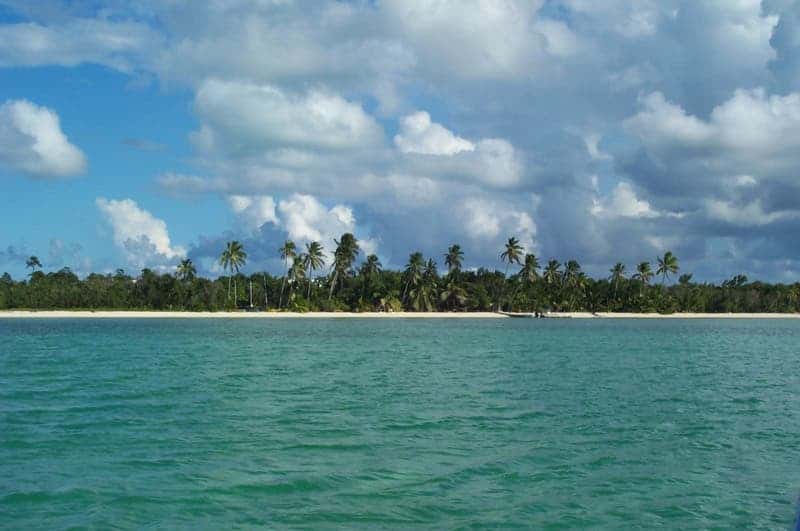 Children on islands have different favourite animals than on the mainland. Image credits: Rs3.

What are your favourite animals?

Hannah Shapiro, an undergraduate at North Carolina State University, surveyed students from Andros, an island in the Bahamas, and students in North Carolina. The children were all between 5 and 12 years old. The survey question was:

“What are your five favorite kinds of wild animals that live in North Carolina (or in The Bahamas)? Remember to put your most favorite first. If you don’t know the name of five animals, just list as many as you can.”

Island children answered that they prefer dogs, cats, and wild hogs. 65% of island children mentioned at least one of these animals. They are all invasive to the island. Continental children selected mostly mammals as their favourites, including deer, fox, bears, rabbits, wolves, and squirrels. Another big difference is that island children preferred more diverse animals than children from North Carolina. Island children liked birds, lizards, fish, mollusks, crabs, and insects. Invasive species and all of these different types of animals also exist in North Carolina, but the children there don’t like them or don’t notice them as much.

“Children on Andros showed a preference for feral cats, dogs and pigs, which are invasive species that can be more damaging in an island environment. That’s a concern for future wildlife-conservation efforts,” says Shapiro. 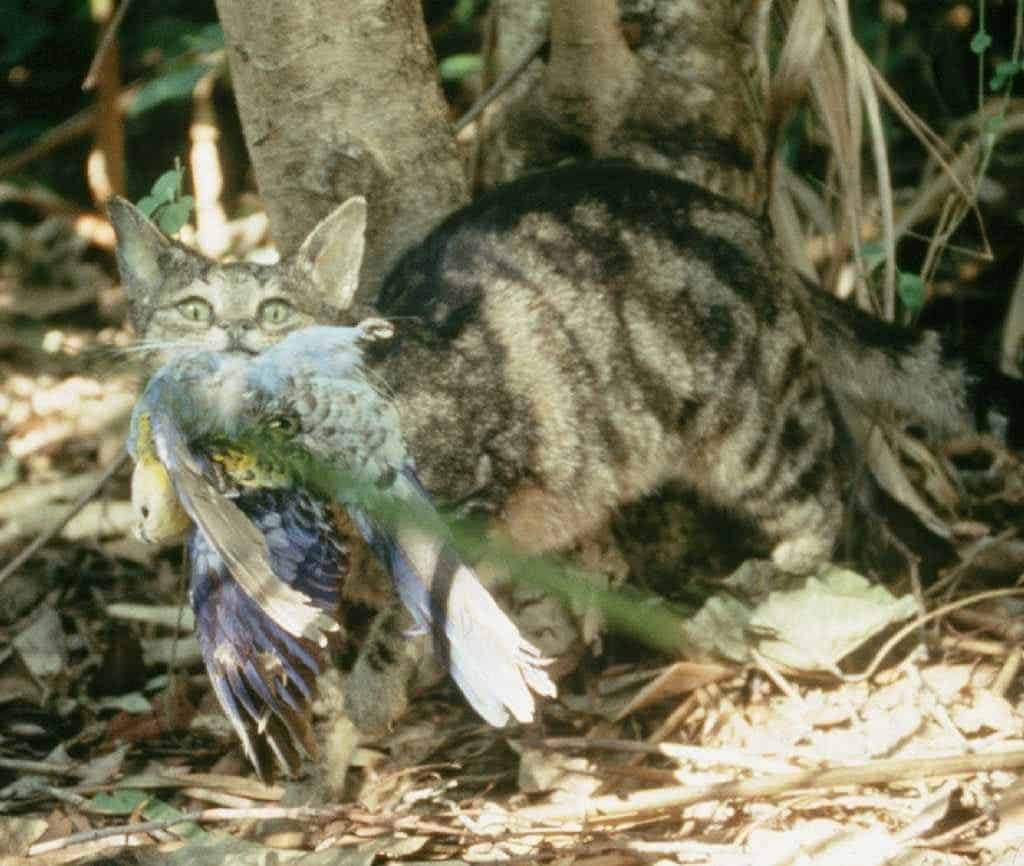 Feral cats were among the island children’s favourites, but they are invasive and can have devastating effects on local wildlife. Image credits: Brisbane City Council.

Another big difference was between boys and girls. Boys preferred fish, birds, and lizards while girls mostly preferred mammals. In general, boys like animals that are gross or fear-inducing while girls prefer cute or loveable animals. This difference was seen both in the Bahamas and North Carolina.

“The Discovery Club curriculum deals specifically with declining species but it doesn’t focus heavily on invasive species. Discovery Club offers an ongoing way to build awareness of wildlife issues. Based on the findings, a recommendation would be to add a specific module on invasive species to help children learn about the impact on native wildlife,” says co-author Kathryn Stevenson, North Carolina State assistant professor.

Animals are viewed more positively on islands if they have a cultural or economic role. Wild dogs and cats are viewed favourably on the island and hog-hunting provides recreation and food, and in a way, this makes sense. Children like the animals that they are exposed to more. Previous studies have shown that children usually prefer mammals and common animals. There aren’t very many big, furry animals native to the island so the invasive cats, dogs, and hogs are the closest animals that fit this description. On the other hand, these big, furry mammals took most of the children’s attention in North Carolina, meaning that they aren’t so interested in the diversity of animals that exists. 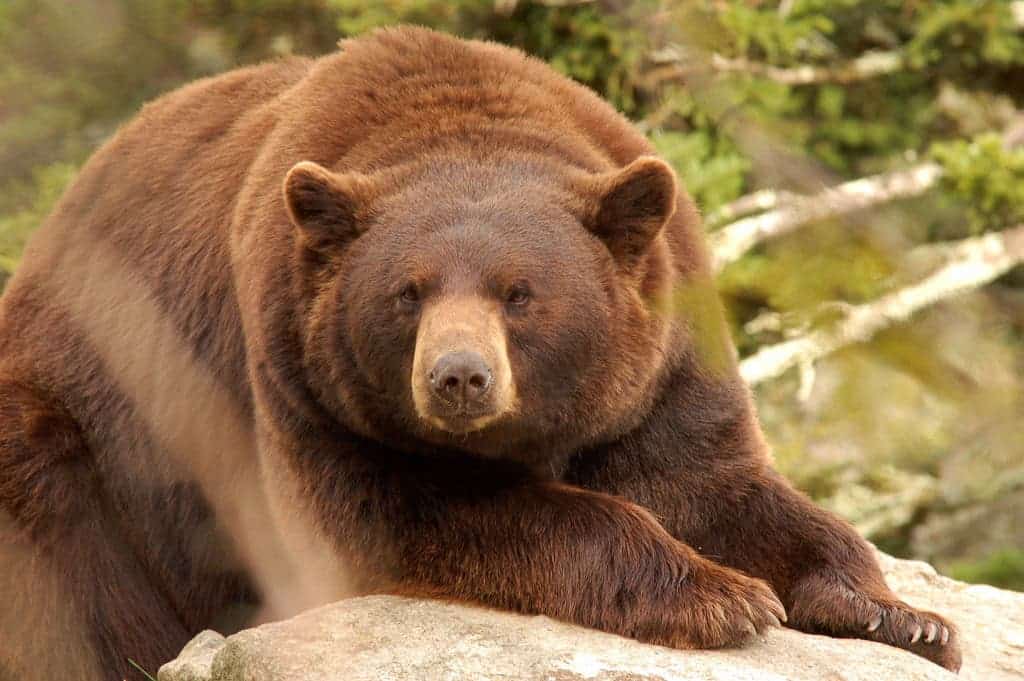 On the continent, the biggest problem for animals is that habitats are being transformed into fields or houses, and the animals are losing their home. On islands, the biggest problem is with invasive species that cause many extinctions of local animals. It could be a challenge that island children strongly prefer invasive species. When there’s a conflict between a regulation and the locals’ opinions, it’s hard to enforce the regulation. Conservation depends on the attitudes of the public.

Indeed, some animals that aren’t popular with the public have been driven to extinction, like snakes and tigers. Some conservation biologists suggest getting rid of invasive species completely to save local fauna. This strategy is successful in New Zealand for protecting their ground laying birds, they’ve been getting rid of all of the rats. However, if the locals are attached to the invasive species, there could be a lot of tension. Education programs are needed to introduce children to native species and teach them about the impacts of invasive species on the environment. Once they learn about them, children usually prefer native animals.