The world’s largest coral reef is in serious danger. The Great Barrier Reef is 2,300 km long and can be seen from space from its position off the coast of Queensland, Australia. Unfortunately, it’s dying. The main reason is climate change; the warming waters and the increasing acidity of the water from CO2 inputs are pushing the reefs past the point of no return. Although some think the effects of climate change are hazy and far away, it has actually been affecting the reef for at least 20 years. We need to act now to save it. 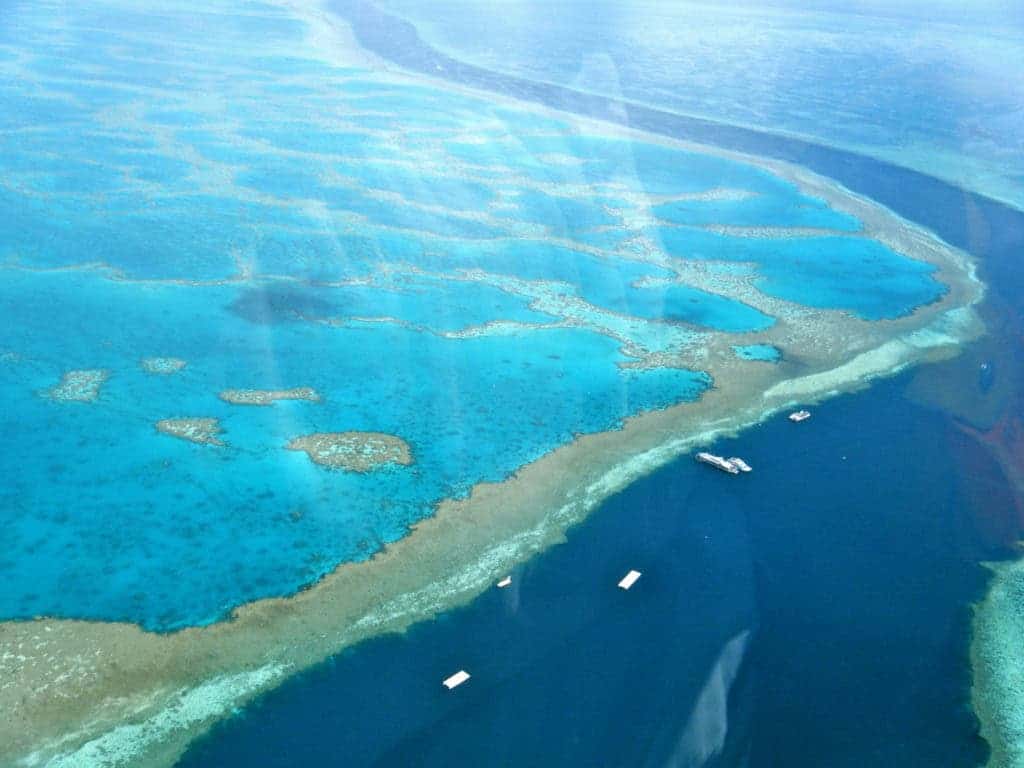 Why is the Great Barrier Reef dying?

The Great Barrier Reef is really being overwhelmed with so many different stresses that it is amazing that it’s still alive today. The biggest problem is caused by global warming and the burning of fossil fuels. In particular, coral bleaching has been devastating the reef in the span of just a few years. This year and last year, the Great Barrier Reef experienced severe bleaching. The reefs are composed of a calcium carbonate exoskeleton that hosts colonies of hundreds of thousands of polyps. The corals have a symbiotic relationship with zooxanthellae, which provide nutrition and give the reefs their bright colours. When the oceans get too warm, the coral polyps are stressed and kick out the zooxanthellae. They lose their food source and colouring, and therefore look white, hence the term bleaching. Bleaching doesn’t kill corals by itself but weakens the corals and makes them vulnerable to disease. The reefs can’t live forever like this and die if conditions don’t improve.

A reef can survive bleaching if it has time to recover. Unfortunately, the Great Barrier Reef hasn’t had a chance so far. Last year there was an El Niño, which was expected to cause bleaching because it warms water. However, this year, there was still severe bleaching. Aerial surveys have found that two-thirds of the reef have been affected by the bleaching; a 1,500 stretch of the reef. Only the reef’s southern third is more or less undamaged, though 91% of the whole reef show some signs of bleaching. Think about this — the reef has only experienced mass bleaching four times in total, 1998, 2002, 2016, 2017, and twice of those have been in the past two years. The corals could recover, but they need more time— about 10 years for fast-growing corals. If the bleaching continues to occur at its current rate, then the reefs won’t be able to recover. 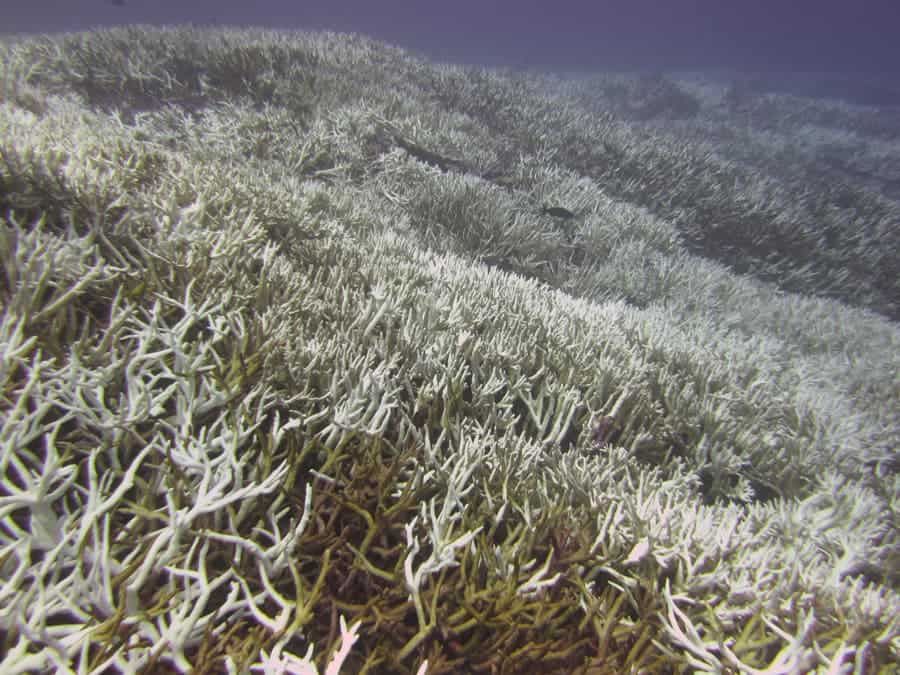 Not only does do the warming waters affect the coral reef, but so does emitted carbon dioxide. When carbon dioxide enters the ocean, it dissolves. The ocean has removed about a third of the CO2 from the atmosphere. This is good in a way because it takes away some of the CO2 that would contribute to the greenhouse effect, but it has a negative side on the ocean. As the concentration of carbon dioxide in the ocean increases, the ocean’s pH decreases and becomes more acidic. This higher acidity prevents corals from absorbing the calcium carbonate that they need to maintain their exoskeletons. Already, the ocean is 30% more acidic than in was in 1751 (pH change from 8.179 to 8.069). If we continue to produce carbon dioxide like we do now, the pH could get as low as 7.8. Studies have shown that this acidity could dissolve the skeletons of corals and make reefs fall apart. So the use of fossil fuel presents a two-pronged problem to coral reefs with bleaching and acidity.

Unfortunately, that’s not even the end of what the reefs are up against. Although regulated, fishing and tourism can damage and stress the reefs. An invasive starfish, the crown-of-thorns, is rampant and hungry. The large populations of the starfish feasts on the reef, damaging it. Recently, a slew of toxic chemicals were found in sea turtles, such as medications, pesticides, and metals. These are being leaked by humans onshore and likely affect the health of the whole reef. The southern part of the reef also underwent physical damage (yes, the only part not really affected by bleaching) by the cyclone Debbie this past year. There could even be other stressors that we know or don’t know about (like pollution, etc).

Why we need it

The Great Barrier Reef is the largest living structure on Earth. Coral reefs are important for providing many essential services for humans and for biodiversity. It supports a tremendous amount of biodiversity for taking up a relatively small part of the ocean. Coral reefs make up only 0.1% of the ocean floor and host millions of species. Many organisms breed, nurse, and feed in coral reefs. This diversity is beneficial to us because it gives us lots of tasty seafood to eat. Fish from coral reefs feed over a billion people worldwide. We might not even know all of the benefits. For example, many animals and plants in coral reefs produce chemicals that could be important as medicine. However, we know almost nothing about them. Maintaining the diversity could be important for finding a future cure for a disease. 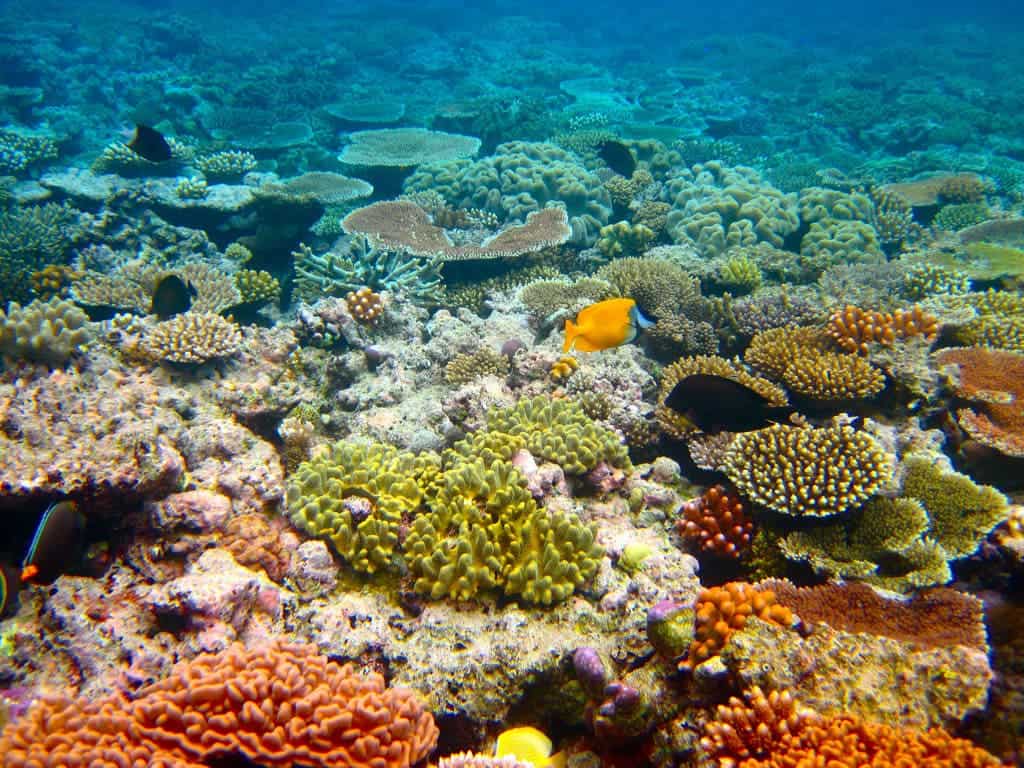 A healthy reef supports a lot of diversity and is beautiful to see! Image credit: Kyle Taylor.

One underrated service that the Great Barrier Reef provides is by protecting the shoreline. It keeps storms from causing damage to houses and people. The reef does this by absorbing most of the force of oncoming waves and protect shorelines. It keeps beaches looking nice and from sand being washed away or eroded. The Reef protects a large chunk of the Australian coast (about 2,300 km), Australia would have to pay a lot to keep their shorelines and beaches from being washed away if the reef goes. The Great Barrier Reef is also important as a tourism destination as scuba divers and snorkelers visit them. Even more people visit the beaches that are protected by the reefs.

Although an obituary has already been written for the reef, it’s not time to despair just yet. The situation is very serious, however. If we don’t take action immediately the reef will be lost for good. What is most important to make sure that the reef survives is to make sure that it stays connected. It will ensure that a speedy recovery occurs. If bleaching destroys the connectivity then its ability to recover will be severely diminished. A stronger investment into maintaining good quality is needed. However, the critical thing is to limit green house gas emissions. Climate change is happening now and killing the reef. El Niño could return by the end of this year, heating waters even more. The world needs to reduce CO2 emissions as quickly as possible. It is another reason why we must stop climate change NOW.