When talking about global warming, we often tend to think about droughts, water shortage and desertification. But we must not forget that 72%, almost three quarters of our planet is covered in oceans – and believe it or not, that’s where global warming will strike the hardest.

Oceanic global warming is causing many marine species to change their habits, their breeding patterns, and migrate towards the poles, much faster than land animals, a study conducted by 17 institutions across the world concluded. As these species move, they disrupt the food chain, affect all sea life, as well as humans who depend on the sea for food.

The report, “Global imprint of climate change on marine life,” will be a part of the Intergovernmental Panel for Climate Change, IPCC, Assessment Report due for publication in 2014. The IPCC is the world’s top organization for estimating the extent and threats of climate change, as well as assessing scientific, technical, and socioeconomic information concerning climate change, its effects, and options for adaptation and mitigation.

“The effects of climate change on marine species have not been a major focus of past IPCC reports because no one had done the work to pull together all the disparate observations from around the world,” said NCEAS associate Carrie Kappel. “This study provides a solid basis for including marine impacts in the latest global accounting of how climate change is affecting our world.”

The only good news this study brings is that previous estimations of oceanic climate change were fairly accurate – 81 percent of changes across different populations and ocean basins were consistent with the expected impacts of climate change.

“This is the first comprehensive documentation of what is happening in our marine systems in relation to climate change,” said Parmesan. “What it reveals is that the changes that are occurring on land are being matched by the oceans. And far from being a buffer and displaying more minor changes, what we’re seeing is a far stronger response from the oceans.” 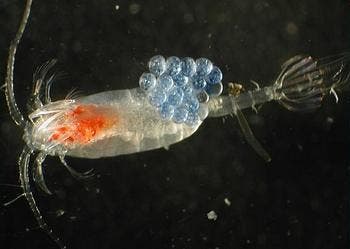 “The results were quite a shock,” says co-author Professor John Pandolfi of the ARC Centre of Excellence for Coral Reef Studies and University of Queensland. “We found that changes in sea life attributable to a one degree increase in the Earth’s overall temperature appear much greater than those seen in life on land so far.”

It’s estimated that oceans absorbed 80 percent of the extra heat put into the Earth system by humans, but nevertheless, warmed slower due to their sheer size.

“When you see changes as large as these, life generally has three options – migration, adaptation or extinction. In the case of migration and extinction, these can directly affect industries like fishing and tourism which depend on local sea life,” he said.