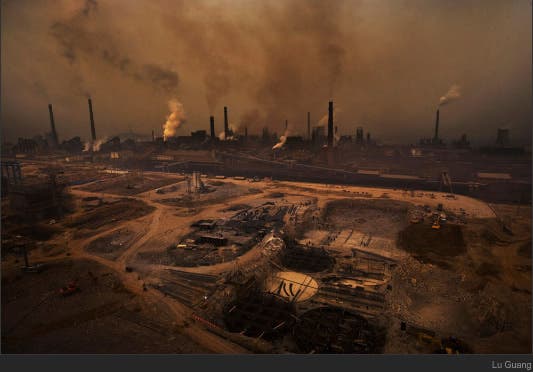 Currently, China is the world’s largest carbon emissions contributor. Despite their efforts to make energy consumption more efficient, China’s linear industrial growth not only cancels their efforts, but leads to an overall increase of greenhouse gas emissions year after year. On the brink of the highly important U.N.-sponsored climate change conference that starts Nov. 28 in Durban, South Africa, Chinese officials have released a detailed report concerning the nation’s carbon emission levels and the effects of their measures.

According to the report, China achieved a 20 percent reduction in carbon emissions between 2005 and 2010 per unit of gross domestic product and currently plans to halve the footprint by another 17 percent by 2015. When taken into consideration the mass industrialization in progress in China, however, the total emissions levels are set to skyrocket, measures and all taken into account, at the nation’s current growth rate.

At the U.N. summit tomorrow, delegates will discuss way and means of  raising $100 billion a year for the Green Climate Fund. This sum is expect to be channeled yearly until 2020 to help developing countries, including China, fight climate change.

The Kyoto protocol, which was adopted in 1997 and regulates greenhouse gas emissions to a certain benchmark, is set to expire next year, in 2012. Developed countries now ask for an extension of the protocol, in an attempt to restrain developing nation from producing so much pollution. Xie Zhenhua, vice chairman of the National Development and Reform Commission and China’s lead climate official, however, stated that  developed countries are mainly to blame for the current global warming situation and must take the lead in combatting the problem. He went on to add that if China were to hamper its industrialization process, than it would also undermine their efforts to alleviate poverty, which is of extreme substance and concern in the country. Xie stated that developing countries had taken serious steps to curb emissions while developed countries lagged.

“We hope nations of the world translate their political willingness into concrete actions,” Xie Zhenhua, the head of the Chinese delegation to the Durban meeting, said at the news conference.