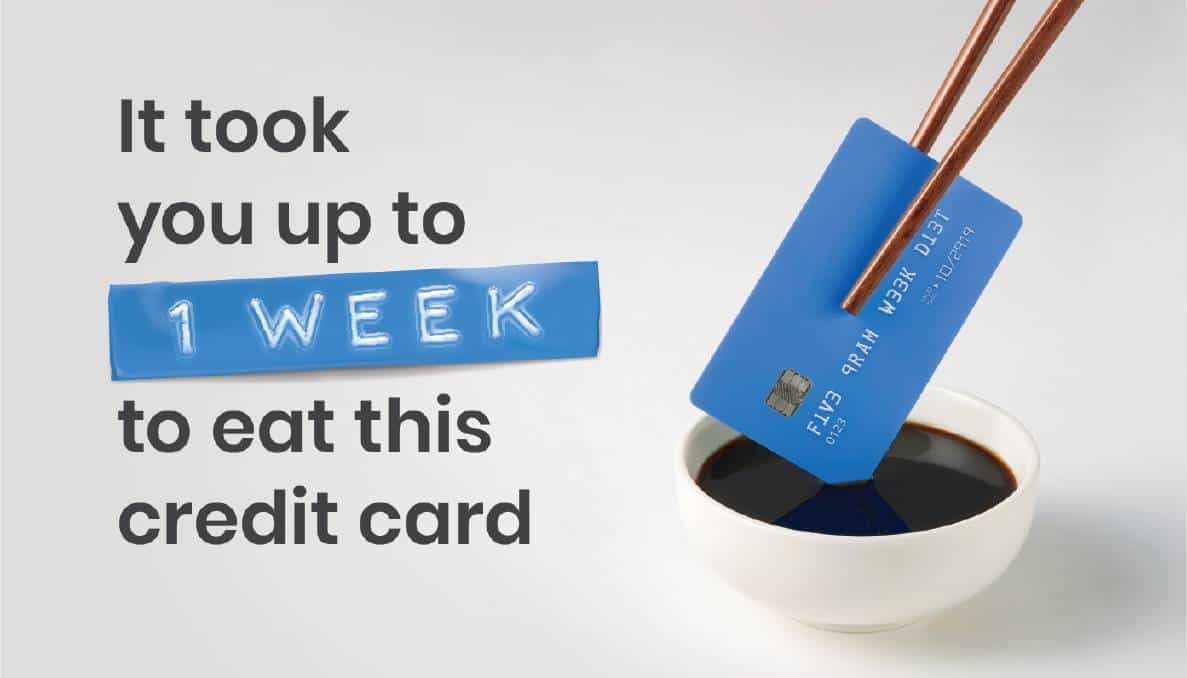 There is no such thing anymore as a pristine environment as virtually every remote part of the globe has been touched one way or the other by human activity. One of our most pervasive footprints is plastic pollution — it’s so widespread that you can even find it in our guts. According to a new report released by researchers at the University of Newcastle in Australia, you may be ingesting up to five grams of plastic each week, most of which comes from drinking water. The next major source of ingested plastic is shellfish, which tended to be eaten whole so the plastic in their digestive system was consumed too.

The Australian researchers consulted several databases encompassing more than 20 years worth of studies that used different methods for sampling and analyzing microplastics. To normalize and compare the data properly (instead of apples with oranges), the researchers had to make several conservative assumptions. In other words, the amount of plastic that we ingest on a daily basis is likely larger than the average figure reported in the study.

“While the awareness of microplastics and their impact on the environment is increasing, this study has helped to provide an accurate calculation of ingestion rates for the first time,” the Newcastle University microplastics researcher said.

“Developing a method for transforming counts of microplastic particles into masses will help determine the potential toxicological risks for humans moving forward.”

Microplastics are tiny plastic waste, ranging from 5 millimeters down to 100 nanometers in diameter. For the purpose of this study, only particles with an upper size limit of 5 mm were considered. Microplastics are found in a surprising number of products, particularly in beauty and cleaning products, but are also produced unintentionally through the wear and tear of plastic pollution. Since mass production of plastics began in the 1940s, microplastic contamination of the marine environment has been a growing problem — scientists estimate that about 2-5 % of all plastics produced thusly end up in the seas.

Ultimately, microplastics are absorbed by sea creatures and travel up the food chain where they reach humans. A portion of consumer-grade mussels in Europe could contain about 90 microplastic pieces, according to one study. Consumption can vary greatly between nations and generations, but it seems that avid mussel eaters might ingest up to 11,000 microplastics a year. Microplastics have also been found in canned fish, and even in sea salt. One kilogram of salt can contain over 600 microplastics, meaning if you consume the maximum daily intake of 5 grams of salt, that’s equivalent to ingesting three microplastic particles a day. Even mosquitoes ingest microplastics, which they move up the food chain after being eaten by other animals.

“Since 2000, the world has produced as much plastic as all the preceding years combined, a third of which is leaked into nature,” the authors wrote in their study, which was commissioned by WWF International.

The situation isn’t getting any better, considering we are now producing more plastic than ever — and pollution mirrors this staggering amount. A study published this week found that plastic can now be found at all depths of the ocean, and is slowly accumulating up the food chain. Another survey found that humans consume well over 50,000 microplastic pieces every year.

In order to reduce microplastic pollution, governments are advised to immediately enact policies that limit single-use plastics, starting with a ban on single-use plastic bags and microbeads. Last month, 187 countries agreed to add plastic to the Basel Convention, an international treaty that was designed to reduce the movements of hazardous waste between nations.

“Not only are plastics polluting our oceans and waterways and killing marine life, it’s in all of us, and we can’t escape consuming plastics.”

“If we don’t want plastic in our bodies, we need to stop the millions of tons of plastic that continue leaking into nature every year.”