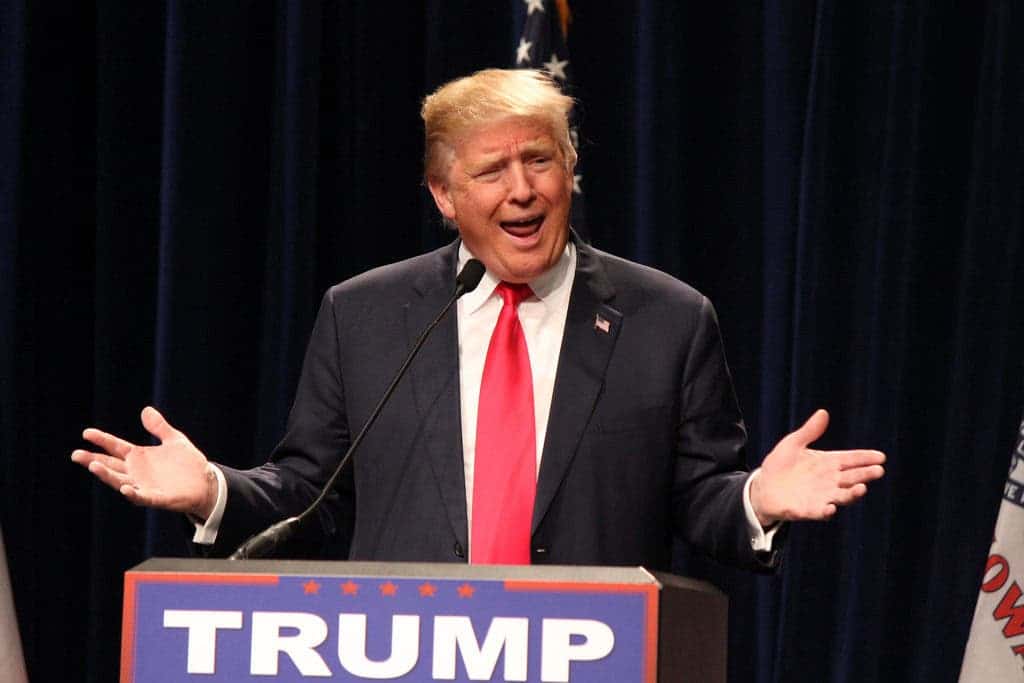 The rift between Donald Trump and the rest of the world promises to deepen and widen, as the US president decides to go completely against the environment. Last week, at the G7 summit, world leaders made an unprecedented statement: alone, without the US, they highlighted the importance of the Paris Agreement. Trump was silent on the issue, he said he needed to clear his mind before he can take a decision. Then, after the “covfefe” incident (writing is hard), Trump wrote this tweet:

Well, according to a briefed source, that decision has already been made, and Trump is set to withdraw the US from the agreement. This is still not clear yet, but things don’t bode well. Axios news outlet, which first reported the withdrawal, says that this is now being managed by a team which includes Scott Pruitt — the leader of the EPA who believes climate change is not real, wants to replace scientists with industry reps, and thinks CO2 and global warming have nothing in common.

Already, both internal and international reactions ar starting to flood. The Sierra Club said U.S. withdrawal from the Paris deal would be a “historic mistake,” while Friends of the Earth said that this move would make the US the world’s “foremost climate villain.” European Commission Vice President Maros Sefcovic said this would be disappointing.

“There is a much stronger expectation from our partners across the world from Africa, Asia and China that Europe should assume leadership in this effort and we are ready to do that,” Sefcovic added.

France’s ambassador to the United States, Gerard Araud, noted that important US corporations also supported the agreement, while Finland’s Prime Minister Juha Sipila said a U.S. said that the rest of the world will have to find “new partners.” 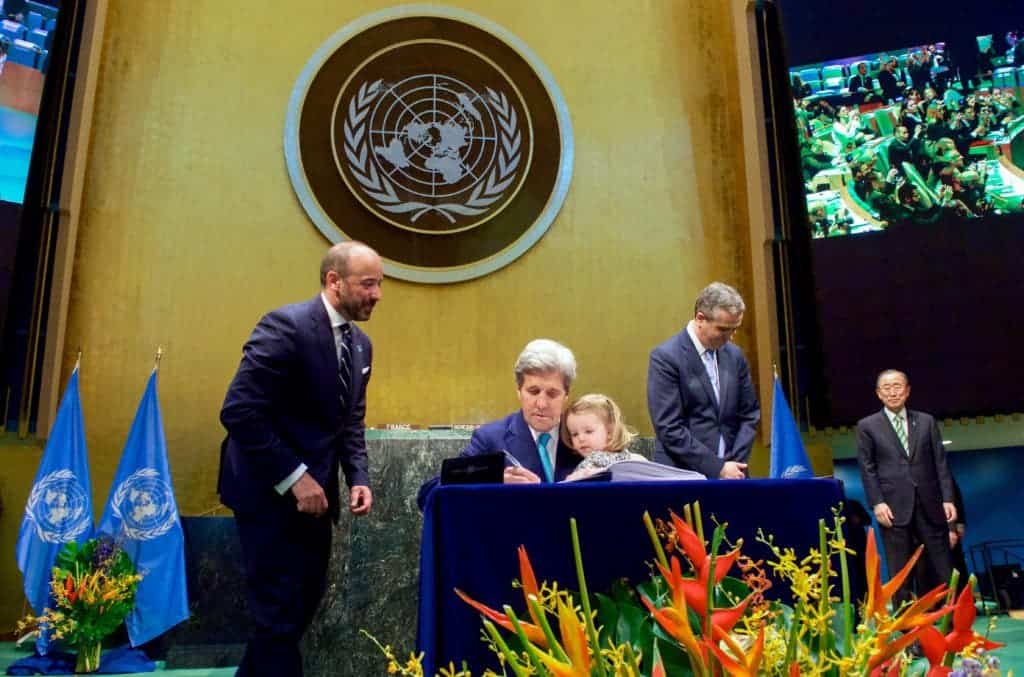 U.S. Secretary of State John Kerry, with his two-year-old granddaughter Isabelle Dobbs-Higginson on his lap and United Nations Secretary-General Ban ki-Moon looking on, signs the COP21 Climate Change Agreement on behalf of the United States during a ceremony on Earth Day, April 22, 2016. Image credits: State Department.

The Paris Agreement is a formal agreement within the United Nations Framework Convention on Climate Change (UNFCCC), already ratified by 147 countries and states. The agreement was negotiated by representatives of 195 countries, when a consensus was reached, in December 2015.

The pact deals with greenhouse gas emissions mitigation, adaptation and finance starting in the year 2020. It basically aims to limit global warming as much as possible and provide an international framework through which different countries can work together to achieve this goal. Each country has agreed to a national contribution, working in different ways, depending on their own situation. The idea is to achieve this sustainable future while also ensuring economic growth, which is facilitated greatly by the fact that renewable energy is becoming cheaper and cheaper.

Virtually every country on Earth has agreed to the pact, though some have been reluctant to ratify it. Egypt, Iran, Iraq, Qatar, and Russia are on a “select” list of countries which have not ratified the pact — and now, the US is likely to join that list.

The pact has entered into force after 55 countries that produce at least 55% of the world’s greenhouse gas emissions ratified it. At the moment, there were concerns that Trump’s election would deter countries from ratifying the pact, but that was not nearly the case. More and more countries joined in, leaving the Trump-led US, which was already starting to fail its part of the deal, at the fringe.

Show must go on, with or without the US

If the US does indeed withdraw from the pact, it would be a major setback. Not only is the US the world’s second largest economy and the world’s second largest polluter, but it was, traditionally, a leader in sustainable development. With Trump in charge, that’s no longer the case. After all, you have to give him credit — he is doing his very best to completely destroy all the environmental policies he can. Despite the obvious threat that is climate change, Trump has not only denied it (and claimed that it is a hoax created by the Chinese), he ordered a complete media blackout at the Environmental Protection Agency as soon as he was in office, moving to cut funds for renewable energy, slash the budget for Earth and climate science, and did pretty much everything the fossil fuel lobby wanted — whether or not it was ethical or financially promising.

At this moment, it’s becoming increasingly clear that the US, under this new leadership, has fallen from its former podium. They’re no longer a reliable ally and international partner. But this isn’t going to be the end of the Paris Agreement. China (now the world’s largest renewable energy producer) has clearly spoken in favor of this pact, and has expressed its determination to step in the shoes of the US. Angela Merkel, Germany’s chancellor, said she confronted Trump about this issue and was happy she did so. She went on to say that Europe will continue in the same footsteps. Basically, aside from Russia and oil-rich Middle East countries, this has been the position of the entire planet.

Losing the US from this pact would be a massive setback, but if they want to isolate themselves, if they want to build a wall — both figuratively and literally — around their country, so be it. The world will carry on, becoming stronger in the process.