Well, I wasn’t expecting climate change to do that, to be honest. 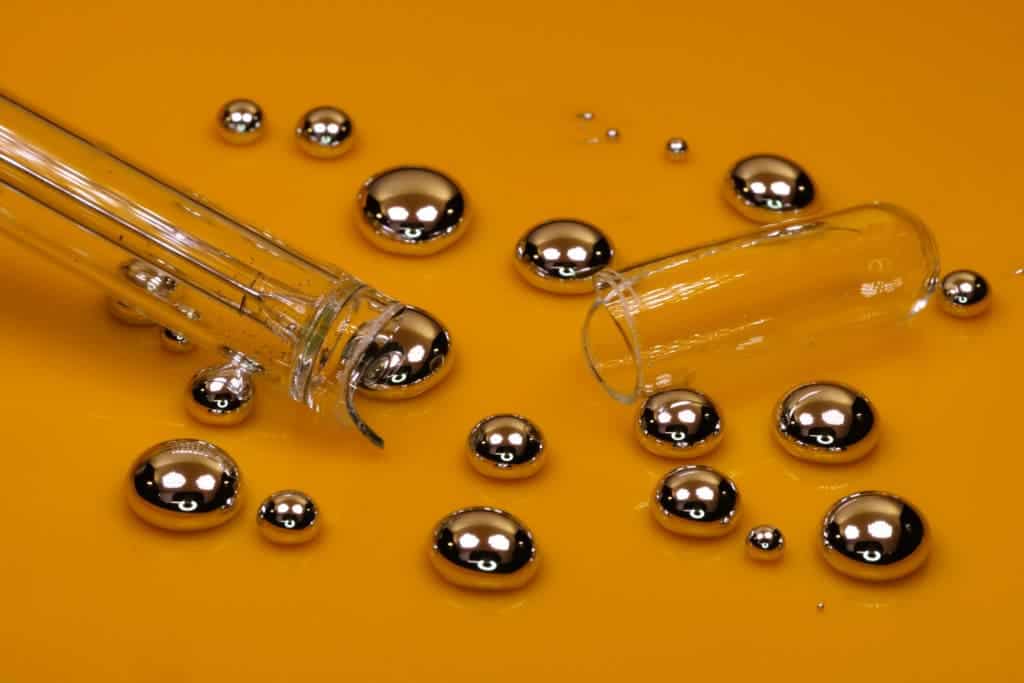 Thawing permafrost in the Canadian Arctic is releasing record amounts of mercury into local waterways, according to ecologists from the University of Alberta. The effects are not properly understood right now, but mercury is known to be toxic compound (in high quantities) to both humans and other organisms.

“Concentrations of mercury were elevated for at least 2.8 kilometres downstream of thaw slumps,” says Kyra St. Pierre, who co-led the study. “This suggests that some mercury from thaw slumps may be transported for many kilometres through downstream ecosystems, and into larger waterways.”

Mercury (Hg) is a metal that occurs in a liquid form at room temperature. It’s toxic to most organisms in large quantities and tends to accumulate in food webs (i.e. it’s not processed in the body and gets passed on from prey to predator).

We don’t get much trouble from mercury since it’s simply not that abundant in most natural settings. However, it is in permafrosts — permafrost sediments are estimated to store more mercury than Earth’s oceans, atmosphere, and soil combined, the team report. As climate change thaws these permafrosts, the mercury stored therein becomes mobile and leaches into the surrounding environment.

The issue is exacerbated by increasing precipitation in the Canadian Arctic (also due to climate change), the team adds.

“Climate change is inducing widespread permafrost thaw,” explained St. Pierre. “In regions where this results in thaw slumping, this may release a substantial amount of mercury into freshwater ecosystems across the Arctic.”

For now, the exact implications of this mercury contamination remains unknown. The team says that organisms in the area might absorb the metal from the environment (through food and drinking water), however, they don’t yet have sufficient data to tell. It may well be that local plants and wildlife are absorbing mercury but at too low levels for it to be a threat to the food web. Of course, the opposite may also be true.

The results, the team says, highlight the need for further research on mercury cycling in regions experiencing active permafrost thaw. They also say more research is needed on if (and how) this mercury might enter food webs in surrounding ecosystems.

The paper ” Unprecedented Increases in Total and Methyl Mercury Concentrations Downstream of Retrogressive Thaw Slumps in the Western Canadian Arctic” has been published in the journal Environmental Science & Technology.