The media is abuzz with disturbing headlines, warning us that even reduced levels of global warming will cause massive sea level rise, up to 20 feet (6 meters). Unfortunately, that’s true. But what’s almost as worrying is that everyone is treating this as news, when in fact, we’ve known for quite a while that this is bound to happen. The study that spurred the frenzy wasn’t even a new research – it was just a review of older studies. 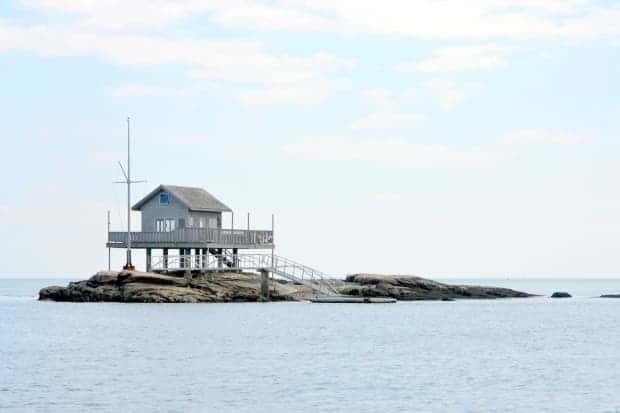 Image in Creative Commons, as uploaded by Mary RN on Morguefile.

According to the review, what’s strange is that sea levels aren’t higher today. As it turns out, 125,000 years ago, sea levels were about 20 feet higher, and temperatures were similar to today’s: 1 Degree Celsius higher than pre-industrial temperatures. Sea levels reached similar heights around 400,000 years ago, but temperature estimates are much less reliable for that period. But what this analysis clearly shows is that even a shift as small as one degree can have catastrophic effects, taking global climate out of balance. Sure, this has happened naturally before, but in a much longer time frame than we are doing it now (tens of thousands of years vs a hundred years).

“This evidence leads us to conclude that the polar ice sheets are out of equilibrium with the present climate,” said lead author Andrea Dutton.

The thing is, even if we magically stop all global warming tomorrow, the damage we’ve already caused will still have significant consequences; ice melting takes a lot of time, and we might have already put in motion processes which will cause massive ice melt. If we continue with the greenhouse emissions, then we’ll extend these consequences even more.

“While this amount of sea-level rise will not happen overnight, it is sobering to realize how sensitive the polar ice sheets are to temperatures that we are on path to reach within decades,” Dutton adds.

– The first period was the Mid-Pliocene, 3 million years ago. Evidence suggests that the CO2 levels in the atmosphere were identical to today’s levels, but temperatures were between 1 and 4 degrees higher. Global sea levels were 25 meters higher (82 feet) higher. The mid Pliocene warm period is considered a potential analog of future climate because the intensity of the sunlight reaching the earth, the global geography, and carbon dioxide concentrations were similar to present.

– The second period was an unusually long interglacial period about 400,000 years ago. Greenhouse gases were at a pre-industrial level, but temperatures were similar to today’s. Sea levels were 6 meters (20 feet) higher than today – and this is the source of the headlines that made the news. The temperatures were similar to today’s, and sea levels were higher, so sea levels will get higher in time – it makes sense. Back then, much of Greenland was a spruce forest.

Knowing what the temperatures and sea levels were 125,000 years ago is no easy feat. We can’t measure that directly, so we have to use proxies. Isotopes play a key role as proxies; for example, heavier isotopes of oxygen tend to gather in ice and not in water, so we can estimate how much water vs how much ice there was on Earth at a given time. Gases trapped in ice cores are also indicative of atmospheric chemistry, which in turn governs the climate. Animals like corals and former shorelines  also provide valuable indications. If you find a coral on dry land and date it to 125,000 years, then during that period, it wasn’t dry land.

Naturally, there’s always some ambiguity when you’re working with this kind of proxies – but we have to try, and we’ve gotten much better at it in recent years. The main take-away here is that we don’t know exactly how much sea levels will rise, but they will rise; and we’re causing the rise, through greenhouse gas emissions. We’ve reached a level where we’re shaping the Earth’s climate, and we should act more responsibly.