Researchers found surprisingly large quantities of mercury in the permafrost of the northern hemisphere. As temperatures rise and ice continues to melt, the mercury can be released, with significant consequences for both wildlife and mankind. 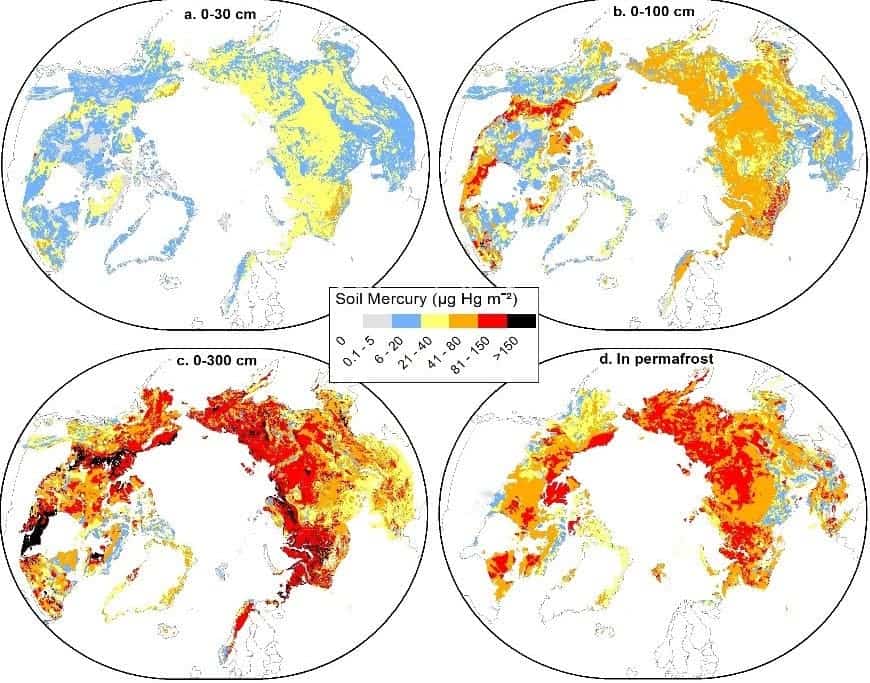 The tentacles of climate change are long and far-reaching. As temperatures rise, it brings along a number of unforeseen changes. Rising temperatures are threatening the oceans, causing more hurricanes, and even causing a coffee crisis. Now, we can add mercury to that long list of problems.

A new study reports that permafrost soils contain more mercury than the rest of the planet’s soils, atmosphere, and oceans combined.

In the new study, geologists assessed the concentrations in permafrost cores from Alaska. They found that permafrost soils contain two times more mercury than soils elsewhere in the world — an unexpected discovery with important consequences.

“This discovery is a game-changer,” said Paul Schuster, a hydrologist at the U.S. Geological Survey in Boulder, Colorado and lead author of the new study. “We’ve quantified a pool of mercury that had not been done previously, and the results have profound implications for better understanding the global mercury cycle.”

This wouldn’t normally be a very high concern, but the problem is that temperatures are now rising. 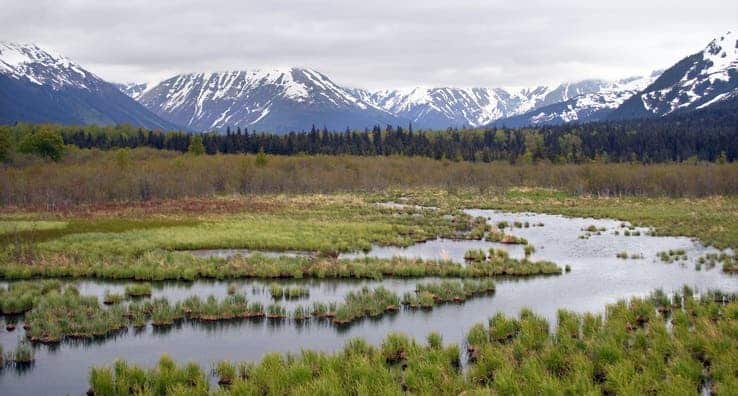 Permafrost in Alaska is thawing, and a new study finds northern permafrost soils are the largest reservoir of mercury on the planet, storing nearly twice as much mercury as all other soils, the ocean, and the atmosphere combined. Credit: John A. Kelley, USDA Natural Resources Conservation, CC BY 2.0.

Mercury tends to bind with organic material in the soil and gets stuck with that soil. As it gets buried by sediment, it becomes frozen into permafrost, where it can remain for thousands of years. But if temperatures rise, all that can change. When temperatures rise and the permafrost melts, mercury isn’t fixed in place anymore. Instead of being frozen in the permafrost, it can also be transported by waters or microorganisms, or it can slowly seep on its own.

“There would be no environmental problem if everything remained frozen, but we know the Earth is getting warmer,” Schuster said. “Although measurement of the rate of permafrost thaw was not part of this study, the thawing permafrost provides a potential for mercury to be released—that’s just physics.”

Locally, the effects could be dramatic. From microorganisms, things can slowly move up the food chain, and like most toxins, they tend to gather higher up the food chain — and potentially end up on our plates.

The release of mercury could also have far-reaching global consequences. If released into the atmosphere, it could travel quickly at the mercy of air currents, possibly ending up as far as thousands of kilometers away.

But we don’t really know how much and how far the mercury can travel. Scientists are also unsure how much of the stored mercury would affect ecosystems if the permafrost were to thaw.

Schuster hopes to analyze that those issues in further studies, understanding how the mercury can affect humans and natural environments.

“24 percent of all the soil above the equator is permafrost, and it has this huge pool of locked-up mercury,” he said. “What happens if the permafrost thaws? How far will the mercury travel up the food chain? These are big-picture questions that we need to answer.”