Despite overwhelming consensus in the scientific community that our industrialized way of life is having dire effects on the environment and climate, many of us still don’t believe that we are to blame for global warming at all. Faced with loss of our coast-lands, disappearance of high altitude and antarctic glaciers, and harsh weather phenomena, I can only hope that we will wise up, take responsibility for our actions and act to reduce the strain we place on the environment.

There are however a lot of people that are already taking positive action, and demanding that their governments do the same. To them I want to give another reason to keep fighting climate change; to those that still deny it, i would like to offer a warning: climate change will melt our ice, it will steal our coasts and make it unbearable outside where there is no air conditioning. And, worse of all, it will ruin our hamburgers. 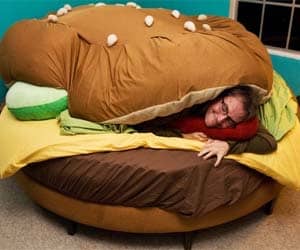 Some people will never recover from that.
Image via: thisiswhyimbroke.com

A research group working at the Australian Grains Free Air CO₂ Enrichment facility (AgFace) in Victoria is studying the effect  elevated carbon dioxide will have on crops such as wheat, lentils, canola and field pea. They grow experimental crops in the open, surrounded by thin tubes that eject carbon dioxide into the air around the plants.

“We can do this under very natural conditions, as close as you can get to an environment that crops would see in a farmer’s field in the future,” he said. 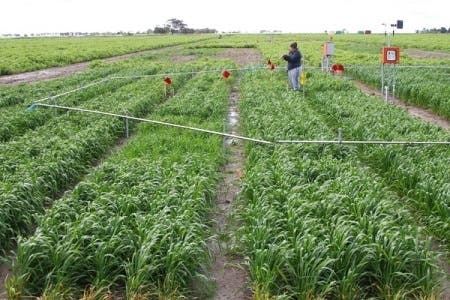 The data they collected shows that the effect of high concentrations of atmospheric carbon dioxide on grains is complex: crops of wheat and canola grow faster and produce greater yields but also seem to contain less protein. They also show altered ratios between different types of proteins compared to what we’d expect to see in regular crops , which, in the case of wheat -and the flour made from it- means less elastic dough that doesn’t rise as well.

“We don’t understand completely why that’s the case,” said Dr Fitzgerald, a senior research scientist with the Department of Economic Development, Jobs, Transport and Resources. 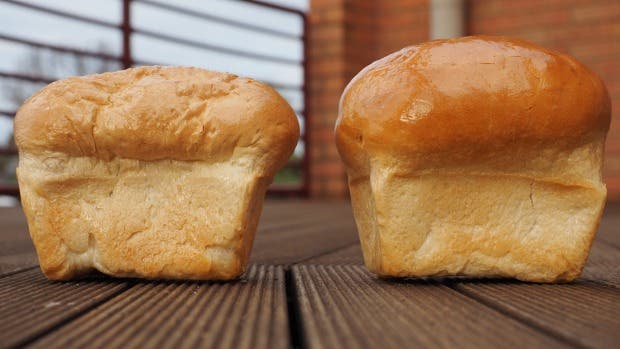 The larger loaf on the right was made with wheat grown in today’s conditions. The (slightly depressing) loaf on the left was grown in high carbon dioxide conditions.
Photo: Simone Dalton

The group is now working to see if they can reverse the protein imbalance through selective breeding of new varieties of wheat. The goal is to develop new wheat strains that maintain the ratios of protein that we’re used to seeing in today’s flour, while also capitalizing on the advantages of a high-carbon dioxide growing environment. For instance, yields increase by about 25 per cent, on average, under elevated carbon dioxide.

“There are positives, and we’re trying to accentuate those,” Dr Fitzgerald said. “It can take 10 to 15 years for a new trait to be worked into a new variety [of grain] so if we’re looking ahead at 35 years, that means we can do several generations of testing. It gives us lots of time,” he later added.

2 thoughts on “Rising oceans and sinking bread: how climate change might ruin loaves”