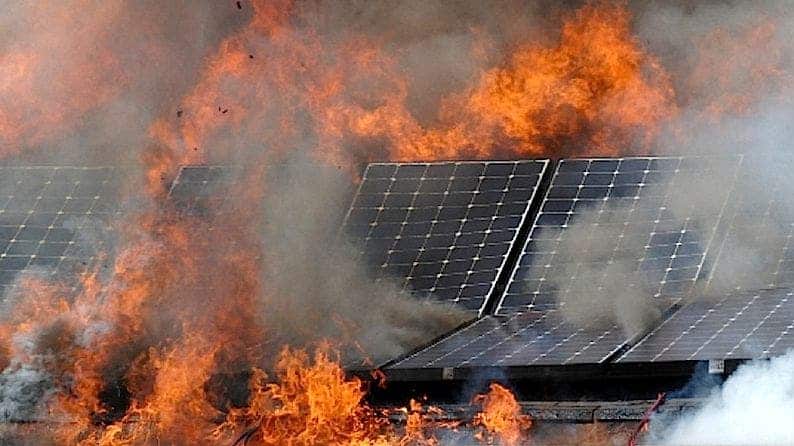 Trump would like to see clean tech burn like a lump of coal in the steamer. Credit: Daily Bail.

According to a draft agency budget document obtained by Axios, the Presidential Administration intends on proposing a 70% cut for the Energy Department’s renewable and energy efficiency program. The news follows earlier reports of Trump’s budget cuts to the Environmental Protection Agency (EPA), in yet another blow to the environment and common sense. Previously, Trump proposed cutting the EPA’s budget by 31 percent, to $5.7 billion from $8.1 billion, and to eliminate a quarter of the agency’s 15,000 jobs. A double castration of both the DOE’s renewable energy program and the EPA can only spell a rollback to ‘climate dark ages’, as promised by Trump all along.

A 70 percent year to year budget is unprecedented and way too extreme even for Trump. But as Amy Harder reported for Axios, this is actually a bully trick meant to aggressively lower down negotiation thresholds so that ultimately the final budget cut back will be very low (30 to 50 percent). 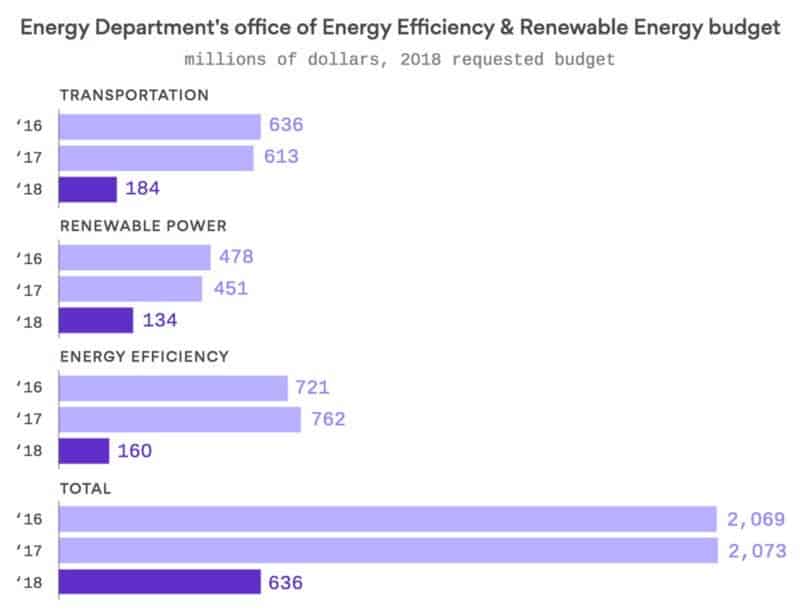 Cutting spending for renewable energy and energy efficiency is not only the wrong thing to do from an environmental perspective — it makes no economic sense whatsoever. As things stand today, clean tech like solar and wind are no longer fringe industries; far from it. I mean, clean energy jobs outnumber fossil fuel jobs 2.5 to 1 and exceed all jobs in gas and coal sectors by 5 to 1. Yes, that’s in the United States where somehow thanks to good oversight and leadership on behalf of the private sector, things are moving on very nicely. In many states, solar energy is cheaper than fossil fuel-derived energy even without subsidies.

Instead of supporting a growing sector, the Trump Administration is clinging to 20th-century tech, shadowed by obscure and vetted interests. A failed strategy that will only buy time for fossil fuel oligarchs like the Kochs and slow down American growth as other nations with more assertive and insightful leadership take the lead. China is investing $360 billion in renewable energy by 2020 — a sum equivalent to the United Arab Emirates GDP in 2015 — a measure which will provide new jobs for 13 million people. Fewer than 800,000 people are employed in non-hydro renewable energy in the United States today.

It’s not just the DOE and EPA that have been eyed out by Trump for being supportive of the climate and renewable energy in the past. As Science reports, other federal agencies faced with drastic cuts include the National Oceanic and Atmospheric Administration (NOAA) or NASA’s earth science budget.

These are generally dark times for the climate and environment but it’s exciting to hear about developments elsewhere. According to Think Progress “the world will invest an astonishing $3.4 trillion in solar alone by 2040 ”. Sure, Trump might ruin things for America but at least the rest of the world is doing nicely. You know you’re doing it wrong when the likes of China and India are taking the lead.

The Trump Administration is expected to send its budget request for the fiscal year 2018 to Congress next week. Prepare for impending crazyness.