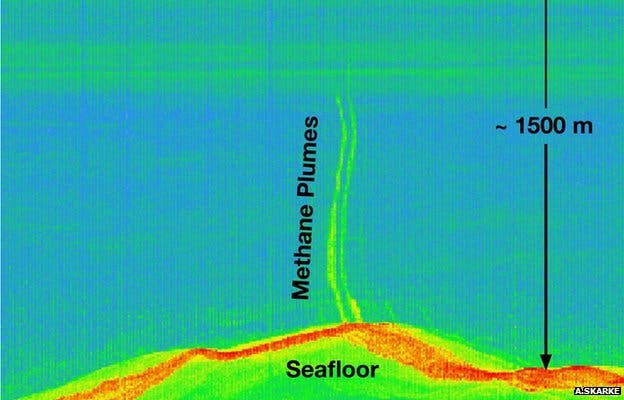 A sonar image of a new methane plume discovered off the US east coast.

A worrying report states that over 500 bubbling methane vents were found on the seafloor off the US east coast. The unexpected finding suggests that there are large volumes of the gas contained in a type of sludgy ice called methane hydrate and as global waters continue to heat up, the methane will be released in large quantities.

Methane hydrate (also called methane clathrate) is a compound in which a large amount of methane is trapped within a crystal structure of water, forming a solid similar to ice. It was initially thought to exist only in the outer regions of the Solar System, where temperatures are low and water ice is common, but since then, researchers have shown that significant deposits of methane clathrate have been found under sediments on the ocean floors of the Earth.

For over a decade, there have been fears that even a slight increase in ocean temperature can trigger the sudden release of methane from methane clathrate compounds buried in seabeds and permafrost which. Because methane is itself a very powerful greenhouse gas, this would in turn trigger more temperature increases, and subsequently, more methane gas releases – starting an irreversible process. This is called the Clathrate gun hypothesis. 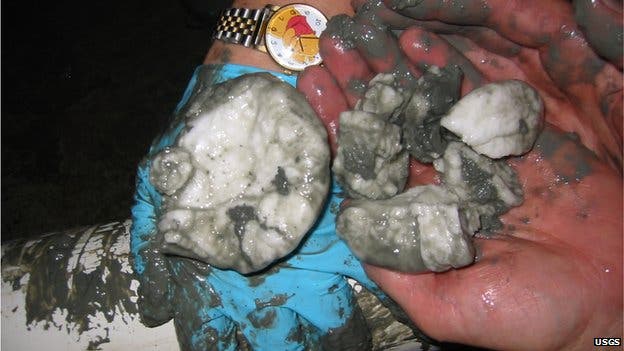 Methane hydrates recovered in the Gulf of Mexico by the US Geological Survey.

Now, scientists believe that the 500 methane vents they found are just the tip of the iceberg – over 30,000 could lie at the bottom of oceans worldwide; they found 570 just in the area between North Carolina and Massachusetts. The depth of the seeps varies between 50 and 1,700 meters. The findings came as quite a surprise – an unpleasant one.

“It is the first time we have seen this level of seepage outside the Arctic that is not associated with features like oil or gas reservoirs or active tectonic margins,” said Prof Adam Skarke from Mississippi State University, who led the study.

Scientists haven’t yet tested the gas to see exactly what other chemicals it contains. Typically, these vents contain, aside for methane, hydrogen sulfide and other hydrocarbon-rich fluid seepage occurs. So far, the bubbles aren’t reaching the surface, but the methane is dissolving in water.

“The methane is dissolving into the ocean at depths of hundreds of metres and being oxidised to CO2,” said Prof Skarke.

Even though this hasn’t been studied in detail, this could pose huge threats in terms of global warming. There are estimates (peer-reviewed study) that undersea sediments are in fact the world’s biggest carbon reservoir, containing 10 times more carbon than the atmosphere. The next step is to study their chemistry in detail.

“These are significant geochemically, as they and our research teams found perhaps one of the largest seeps yet discovered with very active methane bubbling and large amounts of frozen hydrates,” said Prof Steve Ross, from the University of North Carolina, Wilmington. “These seeps are also significant biologically, as we have found unique chemosynthetic communities, huge range extensions and increased biodiversity.”

Indeed, biologically speaking, cold vents are spectacular. They develop unique topography over time, where reactions between methane and seawater create carbonate rock formations and reefs. There are several endemic species, which can only survive in such places. Tube worms are among the dominant species in many vents. 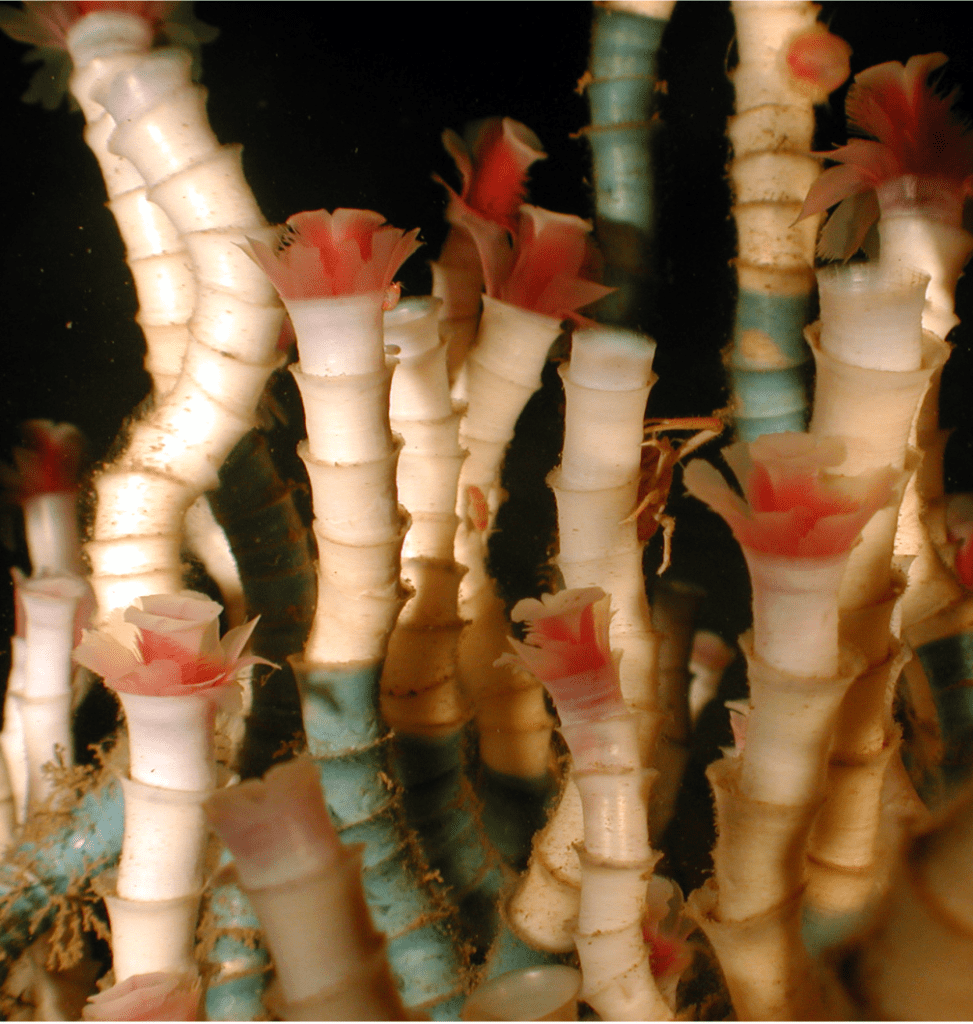