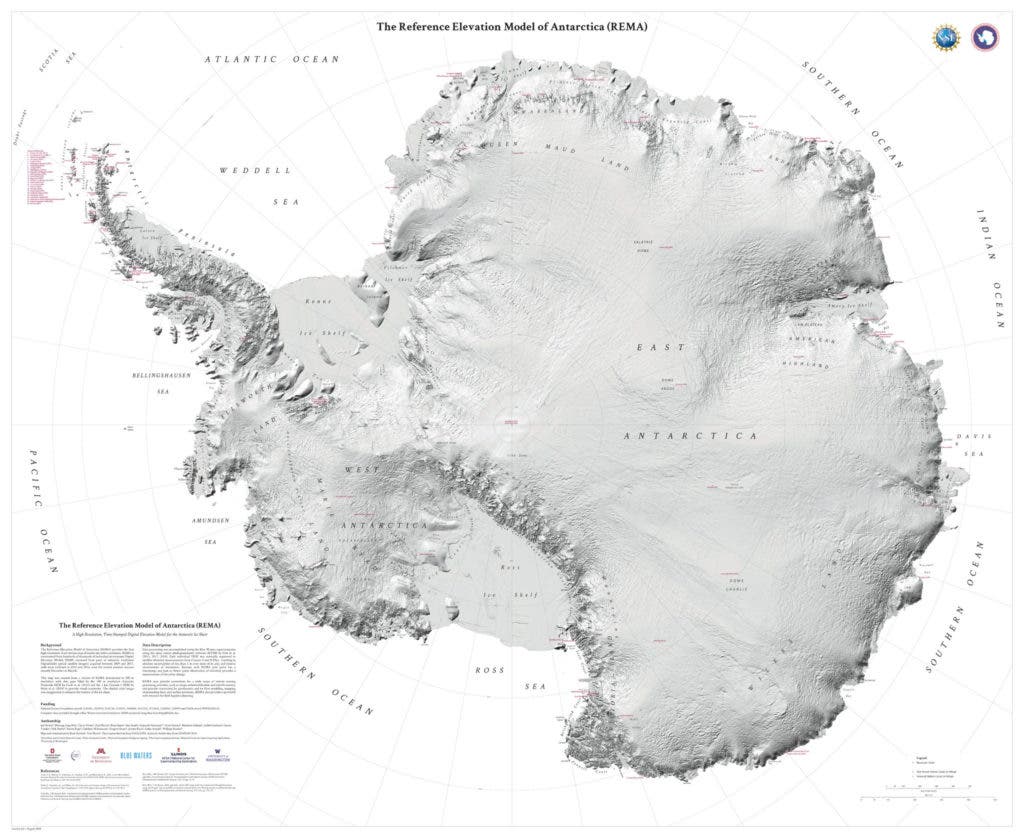 Antarctica is now officially the most well mapped out region, or continent for that matter, in the world. Drawing upon hundreds of thousands of images collected by polar-orbiting satellites between 2009 and 2019, a consortium of scientists has released the first version of the Reference Elevation Model of Antarctica (REMA).

Few people have set foot on Antarctica, one of the most inhospitable places on the face of the Earth. Luckily, our eyes in the sky have recorded the surface of the continent in excruciating detail so we might see what it looks like without having to put boots on the ground.

The new map covers approximately 98% of Antarctica to a latitude of 88 degrees south — just a small area right near the South Pole is missing due to a lack of satellite coverage. The resolution is a mind-boggling 2-8 meter — it means we can now see objects down to the size of a car, and even smaller in some areas.

In order to assemble the map from thousands of stereoscopic pairs of images into a huge topographic map, the scientists fed the data into a supercomputer and had to develop the software from scratch. The map’s total size is a staggering 150 terabytes.

“Up until now, we’ve had a better map of Mars than we’ve had of Antarctica,” Ohio State University glaciologist Ian Howat, who led the mapping effort, said in a press release. “Now it is the best-mapped continent.” 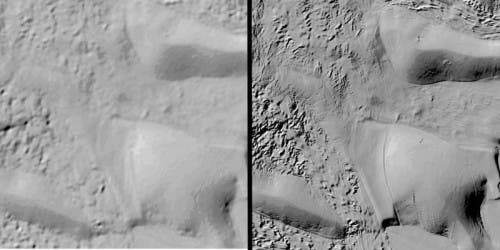 The same region seen with prior available surface imaging (left) and REMA (right).

The project is important for a number of reasons. Now that they know the height of absolutely every feature on Antarctica, scientists can make far better forecasts for ice sheet collapse and glacier melt. With a narrower range of uncertainty, we can now come up with better estimates for sea level rise and improve climate change projections.

“If you’re someone that needs glasses to see, it’s a bit like being almost blind and putting on glasses for the first time and seeing 20/20,” Howat told The New York Times.

Researchers will continuously update the map with new data, which will help researchers all over the world with investigations from changing snow cover to the thinning of glaciers to changes in volcanic activity. And, not the least, scientists can now plan field expeditions to unexplored regions of the continent.