President Obama said he will only allow the controversial Keystone XL pipeline’s construction if it doesn’t significantly increase carbon dioxide emissions. Now, a new study has concluded that it will – and by a lot. Keystone XL could cause greenhouse gas emissions four times worse than the U.S. government’s projections. 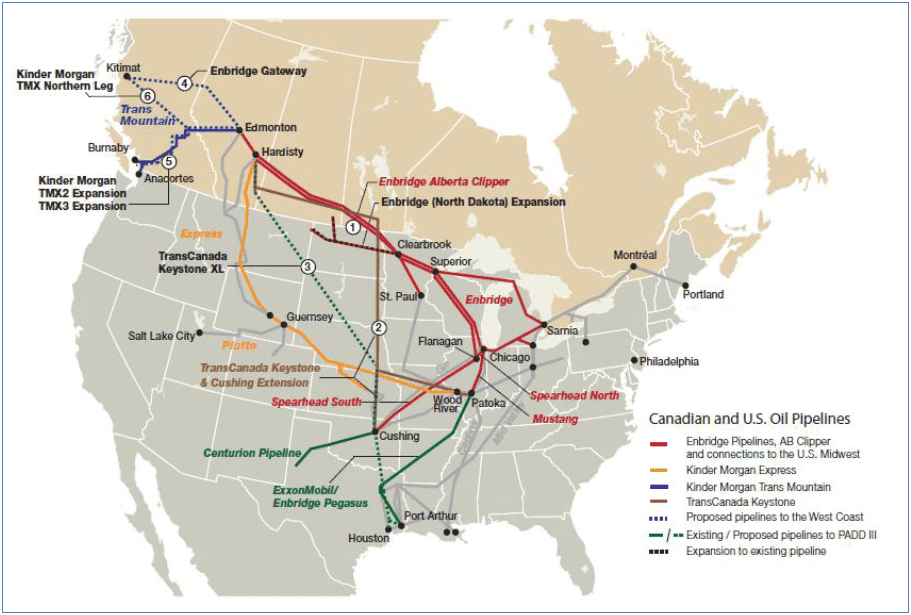 In case you’re not aware of this project, The Keystone Pipeline System is an oil pipeline system in Canada and the United States, running from Alberta, Canada, to refineries in the Steele City, Nebraska, Wood River and Patoka, Illinois and the Gulf Coast of Texas. There have been several environmental studies which highlighted the potential negative impacts of the Keystone XL project. The main problems are the high risk of oil spills, especially considering that the pipeline will cross highly sensitive terrain and the 12–17% higher greenhouse gas emissions from the extraction of oil sands compared to extraction of conventional oil.

Now, Peter Erickson and Michael Lazarus of the Stockholm Environment Institute in Seattle showed that the impact could be much worse than what was previously believed. They have conducted a full analysis on the economic impact and the associated greenhouse emissions; they concluded that the pipeline would lead to consumption of oil which wouldn’t be consumed otherwise – therefore, prompting into the atmosphere carbon dioxide which wouldn’t be emitted otherwise. 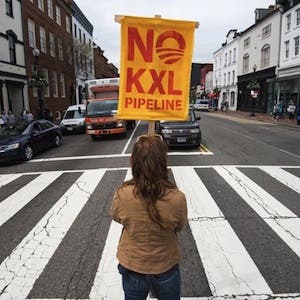 The Cowboy and Indian Alliance protests in Washington, D.C., in April as part of a weeklong series of actions by farmers, ranchers, and tribes against the Keystone XL pipeline. Via Getty Images.

“There’s been very little attention or analysis, even in policymaking, to ‘What about bringing new fossil fuels into the marketplace?'” he says. “It does perhaps seem obvious, but there is not necessarily a toolkit ready and waiting to do that kind of analysis.”

Quantifying things, they showed that for every barrel of oil production, 0.6 barrels would be new to global markets; that’s an extra 60% of oil that wouldn’t have been burned otherwise. The net annual impact amounts up to 110 million metric CO2 tons a year.

“Just considering these market impacts quadruples the emissions,” he says.

They use complicated economical and statistical tools for the study, but it all boils down to this: Keystone XL would lower oil prices, and thus encourage people to consume more.

“If you give someone something cheaper, they’re going to use more of it; that’s certainly true on the global scale,” he says. “But it’s such a small change in the amount of oil you’re allowing to go into the system, and the global supply system is so large, I think it’s hard to forecast what the change would be.”

It has to be said though that their work only analyzed the scientific and economical aspects, and didn’t analyzed the policies involved. This would be the next step for a full picture.

“Looking at fossil fuels from the supply side is a very interesting and important new area of research. There’s a need for analytics and for policy development,” he says. “We’re approaching this from a research perspective, but we want to work to have a policy impact as well.”

Meanwhile, it seems pretty clear that the environmental damage the Keystone project would do is much bigger than initially calculated.