Usually, when animals hear humans in the Tsavo West National Park, they hide away. But when he comes, the elephants, buffalo, antelope, and zebras come running. They’ve come to know the sound of the engine. 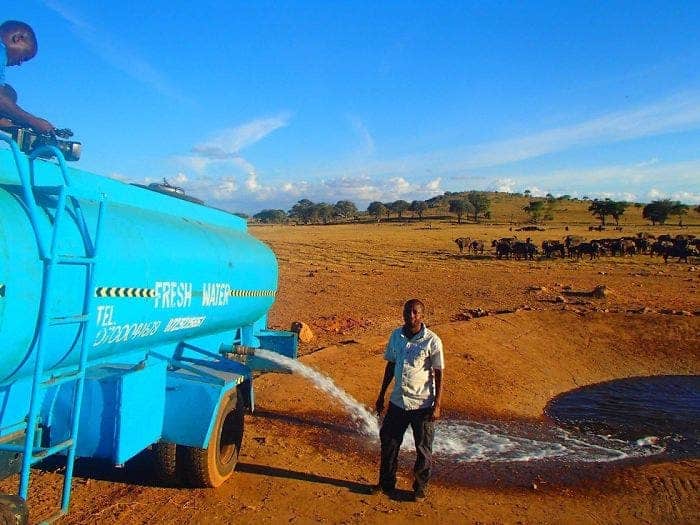 After a long day’s work in the blistering Kenyan sun, Patrick Kilonzo Mwalua still finds the energy to drive the rough miles to the National Park, where he knows the animals are suffering due to lack of water.

“There is completely no water, so the animals are depending on humans,” Mwalua tells The Dodo. “If we don’t help them, they will die.” 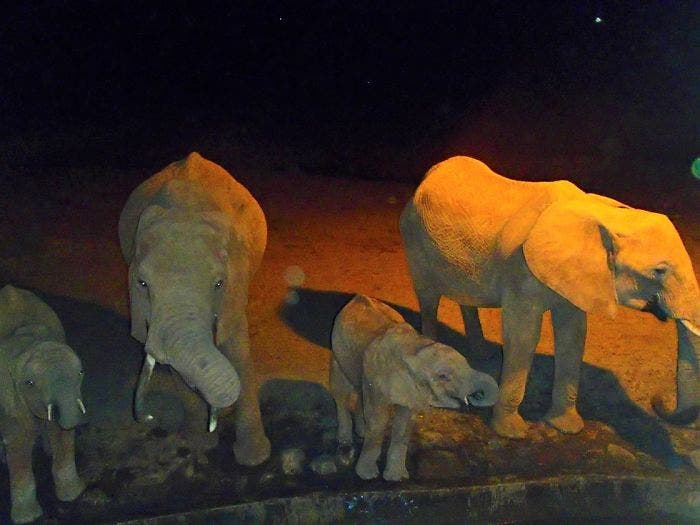 Mwalua, who is a pea farmer in his local village, came with this idea when he saw the devastating toll climate change was taking on his village. In the last year particularly, the cracked barren land hasn’t been able to provide animals with the precious water they need.

“We aren’t really receiving rain the way we used to,” he says. “From last year, from June, there was no rain completely. So I started giving animals water because I thought, ‘If I don’t do that, they will die.'” 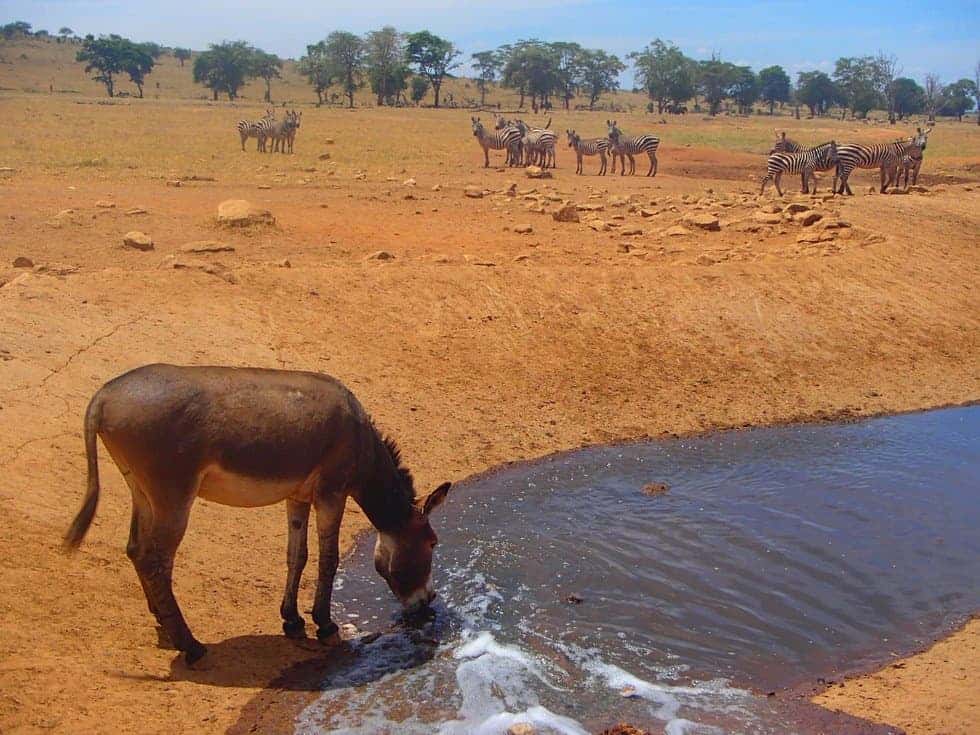 He doesn’t even own the truck — he pays to rent it and has been for over a year. He drives dozens and dozens of miles offroad, to get to concrete-covered holes where he unloads water for the animals to enjoy. It’s a slow process, he says.

“The truck is heavy and doesn’t go very fast,” he says. “We have to be very patient and go deliver water.”

The holes themselves are often dirty and require cleaning, likely because of the buffalo droppings, Mwalua believes. But that doesn’t stop him — or the animals. They’ve gotten so used to him that whenever they hear his engine rolling by, they rush to get the water — they don’t even wait for him to leave.

“Last night, I found 500 buffalo waiting at the water hole,” he says. “When I arrived they could smell the water. The buffalo were so keen and coming close to us. They started drinking water while I was standing there. They get so excited.” 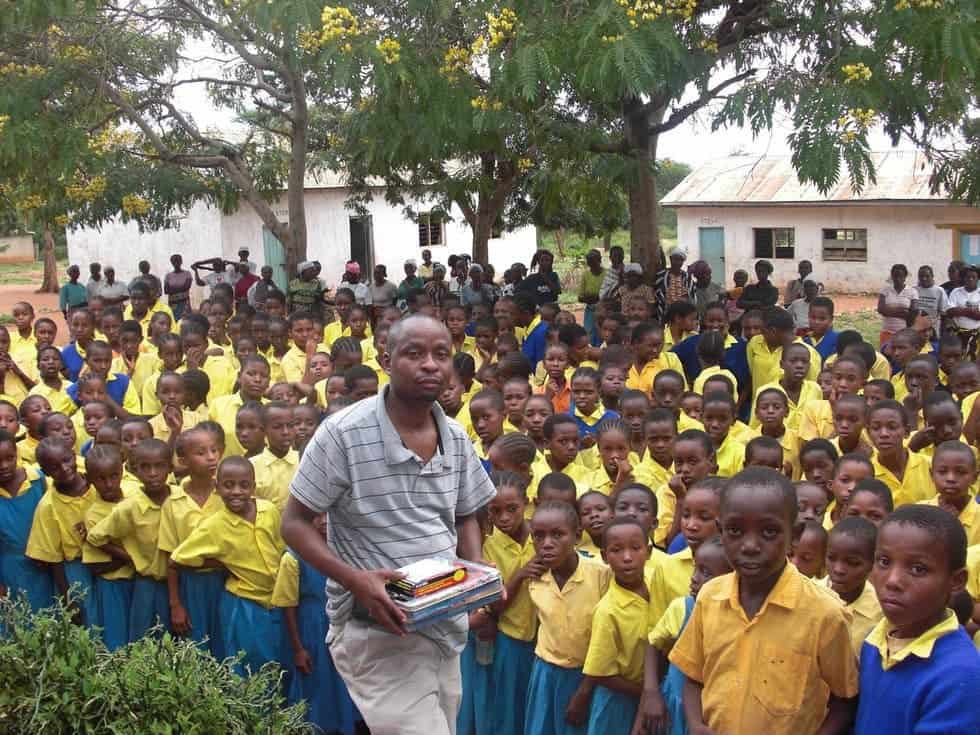 In between his daytime job and the delivering of water, Mwalua also runs a conservation project called Tsavo Volunteers. The 41-year-old talks to local children, explaining to them how crucial wildlife is to the area, and how the country’s legacy is connected to this wildlife.

“I was born around here and grew up with wildlife and got a lot of passion about wildlife,” he says. “I decided to bring awareness to this so when they grow up they can protect their wildlife.” 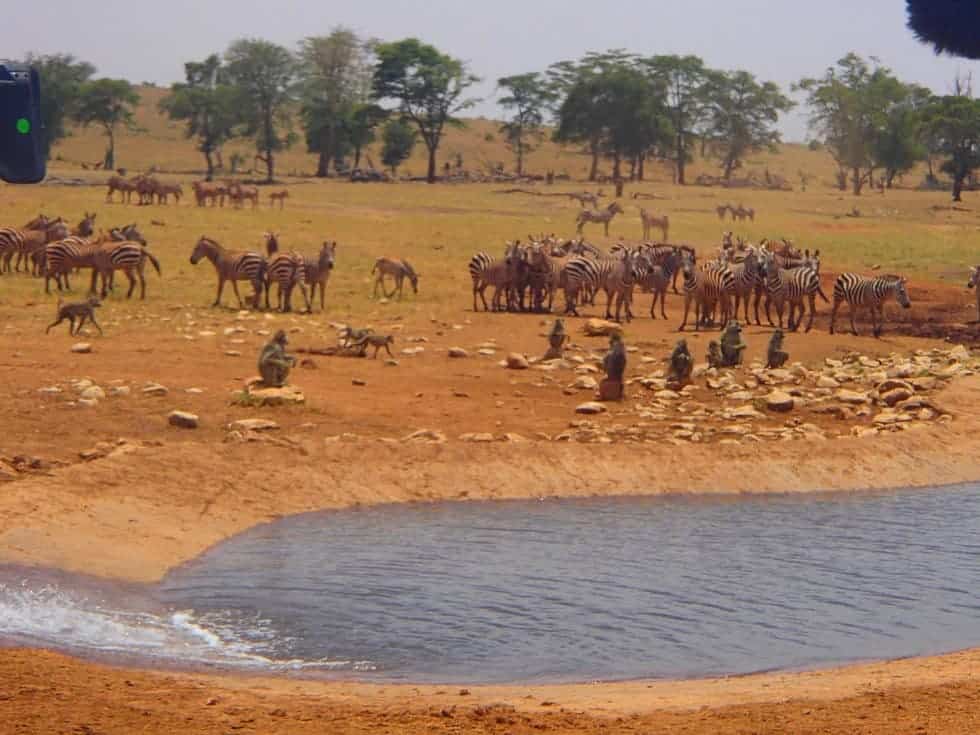 He receives little to no support from local authorities, but he has gotten an unexpected lifeline from three women, who ironically have never met each other.

Angie Brown, who lives in Connecticut, visited Kenya in 2015 for the first time, though she didn’t know Mwalua. When she heard about his work, she wanted to help, and somehow connected on Facebook with Cher Callaway and Tami Calliope — three different women, from three different parts of the US, who wanted to aid Mwalua. They set up a GoFundMe page that has so far collected almost $250,000, which is more than he would have expected, and it’s perhaps enough to make a huge difference.

“We have all spent a lot of time getting the word out about the animals Patrick is helping and the GoFundMe has been a real success,” Brown says. “He needs so much more money though.” 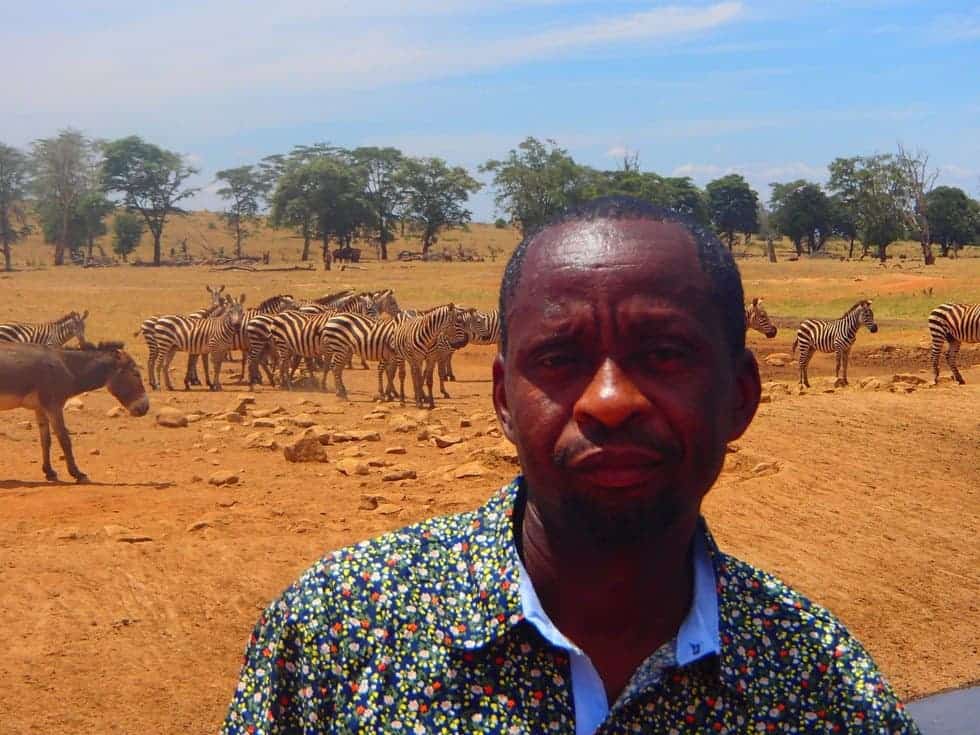 Even with this newfound support, Mwalua has got a lot of work ahead of him. With rampant poverty through the area, corrupt and inefficient policymakers, and an ever growing number of poachers, it’s hard to see a bright future for these animals, but at least Mwalua is giving them a fighting chance.

As it so often happens, environmental measures aren’t spectacular. If you want to support him and the animals which rely on him, please consider donating to the GoFundMe page.

One thought on “Every day, this man in Kenya drives hours and hours to bring water to wild animals”