We look back on this day with a feeling of conflict. It is a day of celebration, for it highlights the foresight and skill of a leading climate scientist, as well asvisi a day of infamy — for the US Congress (and to an extent, the entire world) has still failed to take decisive action to tackle climate change. 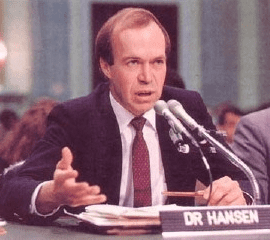 It was a fittingly hot day in Washington on June 23rd, 1988, when then-NASA climate scientist James Hansen delivered a testimony on human-caused warming. He sternly warned members of Congress that “climate change has begun.” He was met with less hostility than today’s climate scientists are received, but ultimately, his appeal largely fell on deaf ears. Three decades ago, Hansen warned America of the perils of climate change, and America failed to listen.

Today, Hansen is regarded as “the father of modern climate change awareness” and America still fails to listen. President Donald Trump has repeatedly called climate change “a hoax,” the head of the Environmental Protection Agency is a firm climate change denier, and the current administration seems to do everything in its power to ignore the environmental damage caused by climate change. But there’s more to the story.

Hansen got it right

It’s shocking to see just how on point Hansen was. Climate scientist Stefan Rahmstorf of the Potsdam Institute in Germany hails Hansen as a visionary, even though the data wasn’t entirely clear — and he’s not the only one to praise Hansen.

“Amazing … remarkably prescient when it comes to the predictions he made decades ago and how it’s played-out,” says Penn State’s Michael Mann. He pointed to an “eerie match” between Hansen’s forecasts and actual observed warming in the succeeding decades.

Texas A&M scientist Andrew Dessler is also impressed, saying that “you could have reached an alternative conclusion” based on the science at that time. But for all his foresight, Hansen hasn’t managed to change the problem all that much.

“All we’ve done is agree there’s a problem,” Hansen told the Guardian. “We agreed that in 1992 [at the Earth summit in Rio] and re-agreed it again in Paris [at the 2015 climate accord]. We haven’t acknowledged what is required to solve it. Promises like Paris don’t mean much, it’s wishful thinking. It’s a hoax that governments have played on us since the 1990s.”

Hansen’s statements have aged impressively well, and a shiver runs down my spine as I write what Hansen told journalists after the hearing: 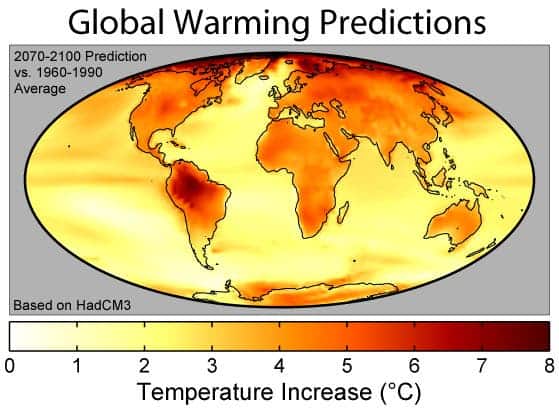 But the world is still waffling

Hansen is full of scorn for world governments, who he blames for failing to take necessary action. Of course, he also points a finger the nefarious lobbying of the fossil fuel industry, which has done a great deal to prevent much-needed positive regulation. But Hansen, who is currently 77 and teaches at Columbia University, holds some particular scorn for Barack Obama. According to Hansen, Obama “failed miserably” on climate change and passed up the opportunity thwart Donald Trump’s destruction of US climate by declining to settle a lawsuit that Hansen, his granddaughter and 20 other young people are waging against the government.

“Near the end of his administration the US said it would reduce emissions 80% by 2050,” Hansen said to The Guardian.

“Our lawsuit demands a reduction of 6% a year so I thought, ‘That’s close enough, let’s settle the lawsuit.’ We got through to Obama’s office but he decided against it. It was a tremendous opportunity. This was after Trump’s election, so if we’d settled it quickly the US legally wouldn’t be able to do the absurd things Trump is doing now by opening up all sorts of fossil fuel sources.”

Other countries have been more ambitious than the US, but the world is still a long ways away from ensuring a sustainable future for the planet — and for ourselves. 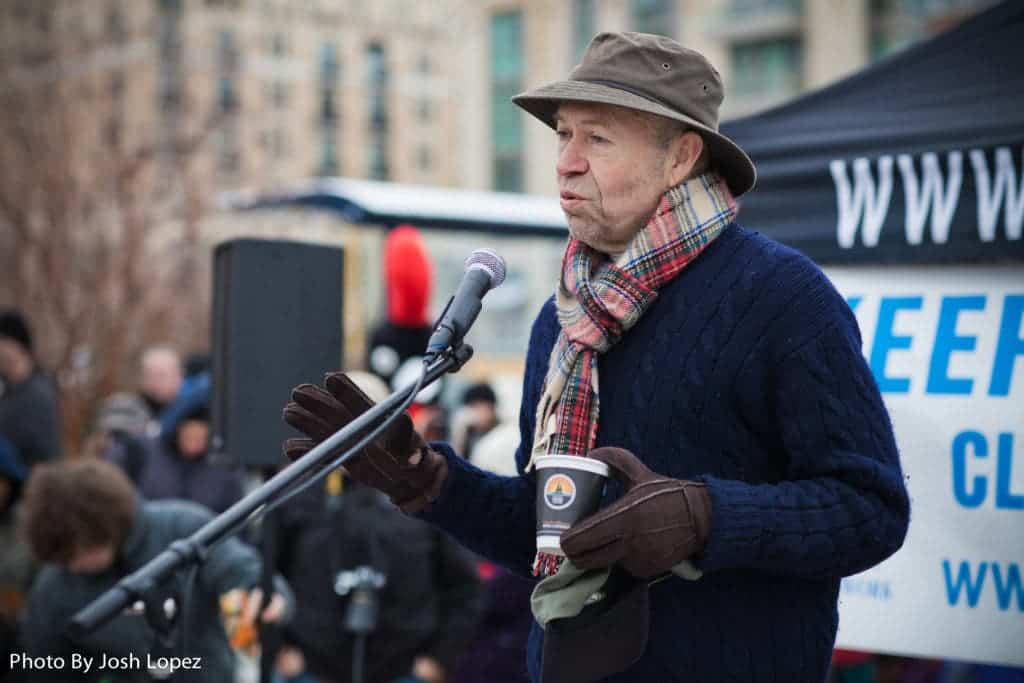 Any satisfaction Hansen may have from being right all that time ago is wiped by the current state of affairs. Like a modern Cassandra — the ancient priestess cursed to foresee the future but not be believed by anyone — Hansen foresaw what was to come, but he was not believed. The science is settled nowadays, with thousands if not tens of thousands of studies clearly documenting man-made climate change and its effects, but policymakers still refuse to act.

“Poor Jim Hansen. He’s a tragic hero,” said Naomi Oreskes, a Harvard academic who studies the history of science. “The Cassandra aspect of his life is that he’s cursed to understand and diagnose what’s going on but unable to persuade people to do something about it. We are all raised to believe knowledge is power but Hansen proves the untruth of that slogan. Power is power.”

Today, Hansen has reinvented himself. Still a scientist with a remarkable career and a respected professor, he’s more often described as an activist, sporting his trademark hat and enviable energy. He was even arrested outside the White House while protesting against the Keystone oil pipeline. The solution, he tells anyone who is willing to listen, is simple: we need a tax on carbon.

“The solution isn’t complicated, it’s not rocket science,” Hansen said. “Emissions aren’t going to go down if the cost of fossil fuels isn’t honest. Economists are very clear on this. We need a steadily increasing fee that is then distributed to the public.”

“It’s not too late,” Hansen stressed. “There is a rate of reduction that’s feasible to stay well below 2C. But you just need that price on carbon.”

Unfortunately, even though this has long moved past a partisan problem, and even though there is a mountain of science behind it, the anti-science movement is still gaining ground. I will undoubtedly receive a flurry of angry emails after this article, for “diving into politics” — even though this is a scientific problem more than anything. It’s not one party versus another, it’s simply science versus denial — and, unfortunately, climate scientist Michael Oppenheimer, who also testified at the same 1988 about sea level rise, says scientists are losing the battle.

“The nasty anti-science movement ramped up and now we are way behind.”

“I’m convinced we will deal with the problem,” he said. “[But] not before there is an amount of suffering that is unconscionable and should’ve been avoided.”