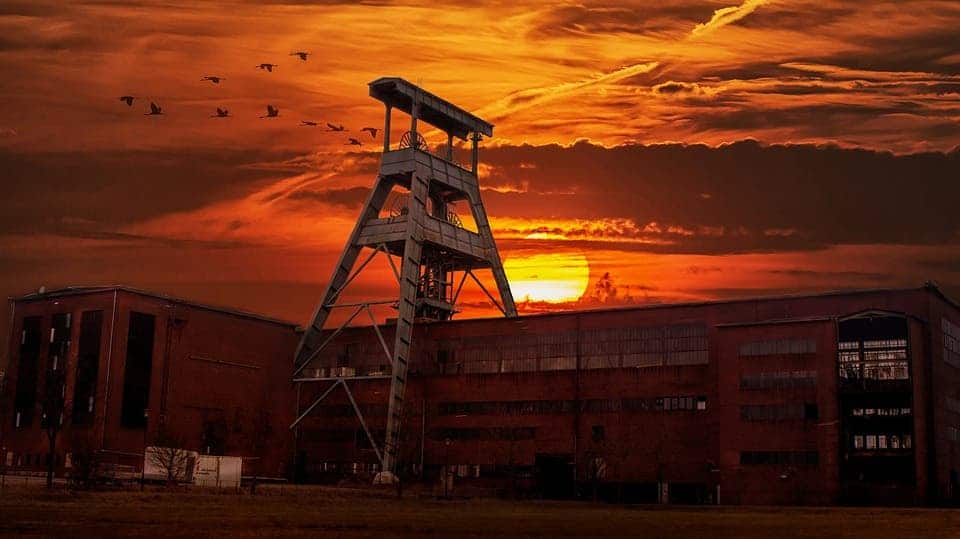 The age of coal has set. Credit: Pixabay.

Five years ago, before the landmark Paris Agreement was signed at COP21, the simple thought of China and India stopping coal use was seen as utopic in some circles. These are the most populated countries in the world with some of the fastest growing economies, all predicated on burning fossil fuels. Something happened in the meantime, though, since the two nations have drastically cut down on coal. According to a new report, a staggering two billion to three billion tonnes of CO2 will no longer be released into the atmosphere by 2030 compared to forecasts made only a year ago.

The news comes from Climate Action Tracker (CAT) which found India and China are taking a ‘positive’ and ‘healthy’ stance against coal use. The same report suggests that although dramatic and ‘highly adverse rollbacks’ made by the Trump Presidential Administration, these policies will have a minimal impact on global emissions by 2030.

“If the CAT were to rate the current policies of the Trump Administration as an NDC, it would move it from “Medium” to “Inadequate” on its rating scale,” it continues. 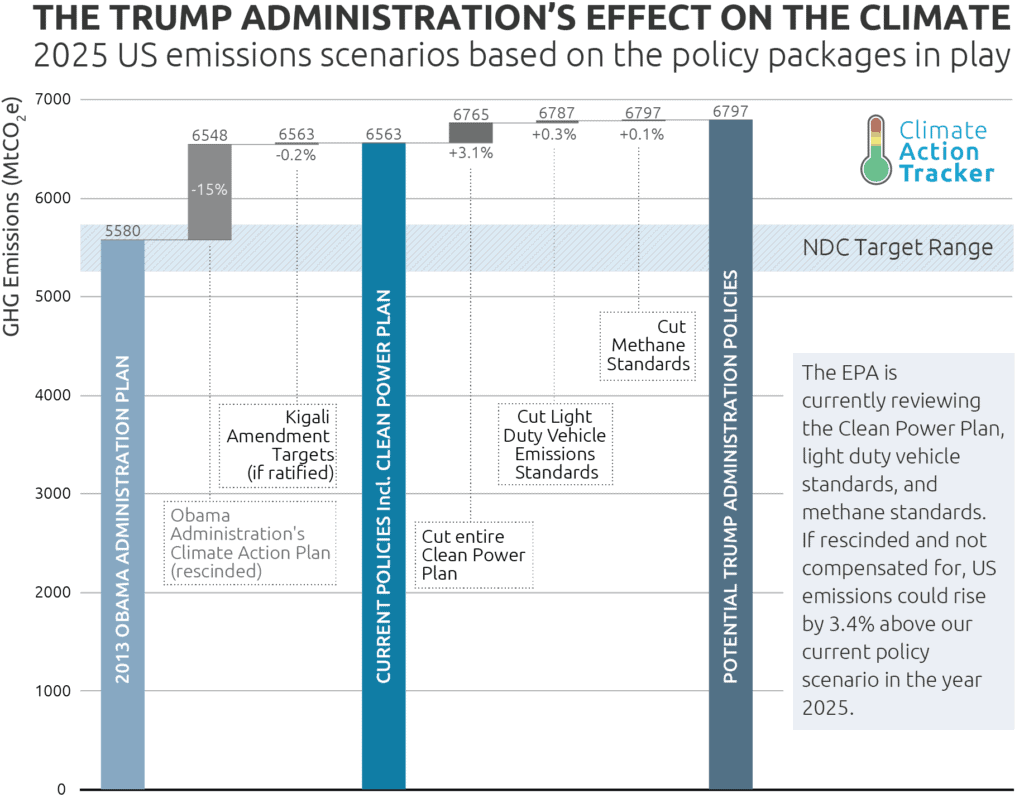 Possible impact of removing or adding additional policies on the greenhouse gas emissions of the USA in 2025 (excl. LULUCF). Credit: CAT.

According to the report released by CAT, both China and India are well on track to ‘overachieve’ their Paris Agreement climate pledges. Since 2013, coal use in China has been declining even though the nation’s economy and energy use has grown. This decoupling is most evident by last year’s stats released by China’s National Bureau of Statistics according to which the country’s overall energy consumption increased by 1.4% but coal use dropped by 4.7%. To supply its growing energy demand, China is focusing instead on renewable energy. China is investing $360 billion in renewable energy by 2020 — a sum equivalent to the United Arab Emirates GDP in 2015. China is also the world’s largest solar producer, standing at 77.42 gigawatts of installed capacity at the end of 2016.

“In the last ten years, the energy market has transformed: the price of renewable energy from wind and solar has dropped drastically. In many countries and regions, renewables are now cost-competitive with fossil fuels and, since 2015, have been responsible for the majority of new installations. Even with a decrease in the overall value of investment by almost a quarter, investments in renewables in 2016, without large hydro, increased by 9% compared with 2015,” the CAT report reads.

As for India, it had planned to open hundreds of new coal-fired power plants. But according to a report issued by Greenpeace, the amount of new capacity starting construction was down 62% in 2016 on the year before. Hundreds of sites slated for new coal plants are now frozen across both India and China. According to India’s National Electricity Plan, the country plans to get 40% of its energy demand from renewables by 2022 with the help of some 100 GW of solar and wind. This alone would save one gigatonne of CO2 from reaching the atmosphere by 2030. More about this in a previous article where we asserted India ought to become the biggest market in the world for solar energy.

Yvonne Deng of Ecofys, a Navigant company, said “Renewables are now cost-competitive and being built at a much faster rate than coal-fired power plants.”

The big takeaway here is that two countries that not too long ago were demonized for their coal-powered intensive growth are now ironically becoming environmental leaders. Both India and China are ‘overachieving’ their Paris Agreement pledges. How many countries can boast the same? In contrast, the United States — previously a climate champion under President Obama that was integral to the signing of the Paris Agreement — is but a shadow of its former self, moving into the limelight as other nations with more potent leadership seize the moment.

9 thoughts on “India and China are cutting down on coal, and this will save the atmosphere from 2-3 billion tonnes of CO2 by 2030”