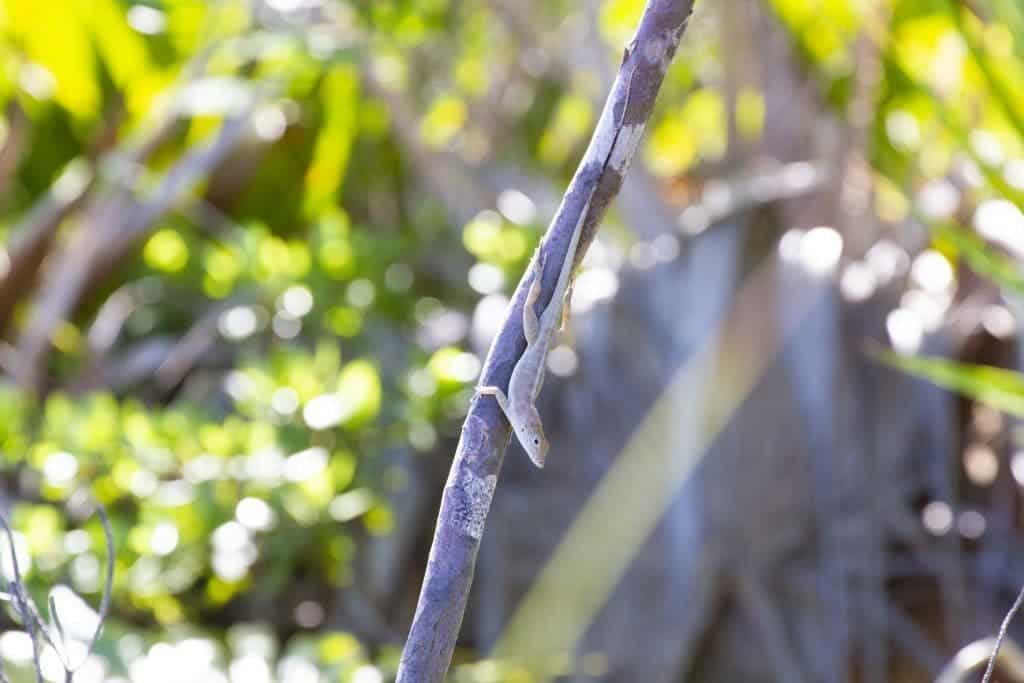 Scientists have found an example of natural selection in action during unexpected circumstances: in the aftermath of a devastating hurricane, lizards that were better equipped for clinging onto branches were more likely to survive and, hence, pass on their genes.

Hurricanes can be devastating to ecosystems, causing many premature deaths and ruining habitats. Although it can be heartbreaking to lose one’s home and belongings, most of the time humans are able to evacuate in time before a hurricane beats on their doorstep. Some animals can sense the danger and flee or fly away, but many get trapped in the eye of the storm. For instance, the red-cockaded woodpeckers in South Carolina’s Marion National Forest were almost wiped out by Hurricane Hugo in 1989.  About 60 percent of the 500 groups of birds perished and 87 percent of the trees containing cavities where they lived were destroyed.

Hurricanes Irma and Maria, which hit the Caribbean, Puerto Rico, and the US Virgin Islands in September 2017, were even more powerful and devastating. Colin Donihue and colleagues at Harvard University had, incidentally, just finished their survey of anole lizards (Anolis scriptus) on the adjacent West Indies islands of Pine and Water Cay, located on the eastern end of Grand Bahama Island, Bahamas.

The scientists decided this was an excellent opportunity to study the direct impact of natural disasters on the local wildlife, so they decided to immediately return to the islands once the storm cleared.

The team focused on the difference in limb length and toepad surface area of the lizard populations before and after the hurricanes. These characteristics are believed to be critical to the animals’ clinging abilities and have been associated with habitat use and mode of locomotion.

Interestingly, the lizards that survived the hurricane onslaught on both islands had significantly larger toe pads and forelimbs, and shorter hind limbs than the population surveyed prior to the storm.

This comparative advantage among the A. scriptus surviving population is illustrated by a video filmed by the researchers, which shows how lizards grip branches. Longer forelimbs allow the lizards to have a better grip on tree branches, making them more resilient in the face of hurricane winds. However, the researchers note that the posture that the lizards adopt when braving powerful winds is also important — and in this situation having longer back legs would be a disadvantage because they increase the surface area that can be blown by the winds.

Essentially, what the researchers just witnessed is a fine example of natural selection in action. These surviving lizards will breed and, as such, the two islands will be filled with populations where there are more individuals that are able to withstand a hurricane. Some animals, however, aren’t as lucky because whole populations can be wiped out during natural disasters before they have the time to adapt.

Climate change is expected to increase the intensity and frequency of natural calamities such as hurricanes in the future. Studies like these allow scientists to gain a better understanding of evolutionary dynamics, which we’ll need to factor in when preparing for climate change mitigation action.