According to an IEA estimate, we humans produced and used  5.67 × 1020 joules of energy in 2013, equivalent to about 18.0 terawatt-hour (TWh). One TWh is equivalent to 5 billion barrels of oil per year or 1 billion tons of coal per year, it also used to be the globe’s entire energy consumption in 1890. How far we’ve grown, and how fast. What our fellow Earthlings didn’t know more than a century ago, however, is that you can only get so far burning fossils fuels until 1) they run out and 2) the planetary system collapses under catastrophic climate change. 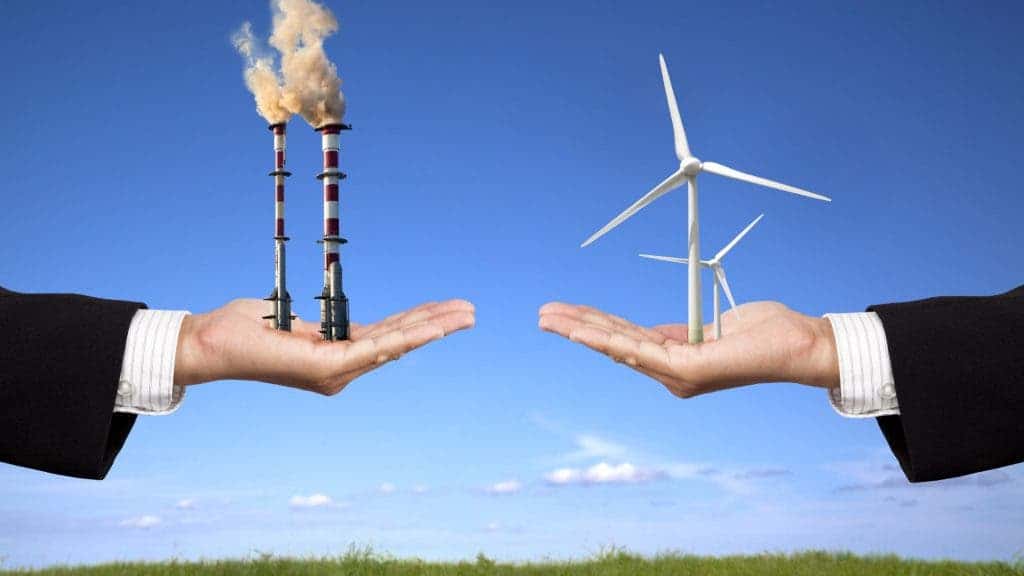 Energy is everything. Our bodies can not function without it and, nowadays, we literally can’t survive without electricity either. Our civilization is so dependent on it, that it would simply collapse without it. Just the other day, the Venezuelan government ordered a two day work week for state employees because there isn’t enough electricity to spare. Their economy is in collapse, looting is rampant and the population is threatened with widespread hunger.

Luckily, there are means to get plenty of clean energy without disturbing the planet’s climate and without having to be afraid that it will someday run out. Of course, you’ve heard about renewable energy — this is energy that can be cycled sustainably from self-replenishing sources like the sun, flowing water, wind, oceans’ waves and more.

According to the  Renewables Global Status Report (GSR) from REN21, roughly a fifth of the world’s electrical power production now comes from renewable sources. To be more precise, in 2013 renewable energy accounted for 22% of the global energy mix, up from 21% in 2012 and 18% in 2007.

The International Energy Agency says renewable energy could make up over a quarter of global electricity generation by 2020 thanks to the rapid deployment of wind and solar energy, as well as new hydro. A report by Frankfurt School UNEP Centre and Bloomberg New Energy Finance says carbon-free renewable power plants in 2014 surpassed 100,000 megawatts of capacity for the first time. A year before, in 2013, it seems like interest in renewable energy surpassed conventional energy sources for the first time as 143 gigawatts of renewable electricity capacity were added,  compared with 141 gigawatts in new plants that burn fossil fuels.

Investors have also finally  caught on. In 2014, energy investment in rose 17% over the previous year, surging to $270bn, according to the report. At the same time, money is being moved away from fossil fuels — almost $3.4 trillion have been divested away from oil, gas and coal so far; $800 billion happened in only two months!

While a lot of renewable energy has been installed in the past decade, its share in the total energy mix is still a minority because demand, and total energy production, has grown. In the graph below, you can see the “orange” line representing wind, solar and geothermal energy as a small dint but rising very fast.

When will renewable energy become the dominant source of energy on the planet?

This is an important question to answer. It’s clear there are no “IFs”: renewable energy will one day power most if not all the planet’s energy needs — but when? Oil prices are at their lowest in six years, which has weakened demand and put the breaks somewhat on renewable energy development. Even so, progress is strong. In the United States, 1,393 megawatts of solar PV were added in Q2 2015, marking the seventh consecutive quarter in which the U.S. added more than 1 gigawatt of PV installations. At over 20 gigawatts of installed solar electric capacity, we now have enough solar in the U.S. to power 4.6 million homes, reducing harmful carbon emissions by more than 25 million metric tons a year. That’s 31 times more than 10 years ago. Since the ITC was passed in 2006, U.S. solar growth has exploded and more than 150,000 American solar jobs have been created. 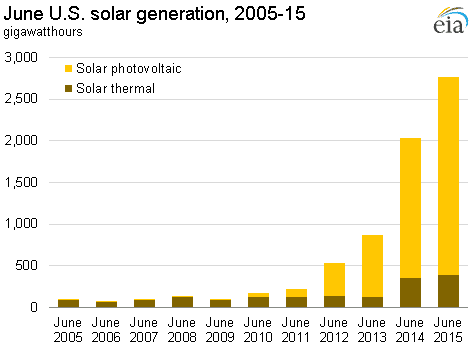 Some areas and countries are transitioning faster than others, depending on their available resources and political climate. Costa Rica functioned on 99% renewable power for 2015, Germany is 35% powered by renewables, while Denmark on a good day produces 140% of its energy needs from wind.

By 2030, doubling the renewable energy capacity installed today is not only feasible, it would be expensive not to! Helped by market incentives which have made solar energy dirt cheap, many will choose to transition simply because it makes economic sense — nevermind offsetting global warming, cleaning the air of pollution and creating a new economy which serves millions of jobs. 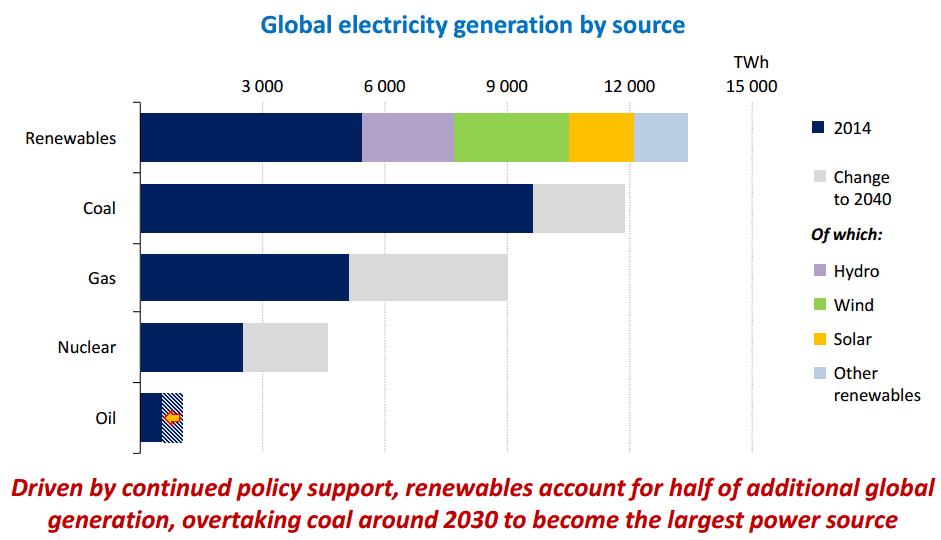 One scenario in which renewable energy becomes dominant by 2030. More about it here.

Fossil fuels are subsidized $14.5 billion a day. Imagine if all that money went to subsidizing solar, which is cheaper than fossil fuels even un-subsidized in many places already. If fossil fuels lost their subsidies, while also being hit by a carbon tax which is expected, renewable energy progress would be fantastic. But it’s a big IF, since the fossil fuel industry is still strong with lobbyist tentacles extended through any government office that matters in this world.

It might take anything from 20 to 50 years for renewable energy to become the primary source of energy on this planet. There’s no question of “if this happens”, only of “when this may happen”. We can only hope it won’t be too late.

27 thoughts on “How much renewable energy does the world use”