California’s going through a bit of a dry spell. As the drought drags on, the almond industry has come under scrutiny.

Almonds use a lot of water — about one gallon per nut. As their surface water has been cut off, most growers are relying on groundwater even more than usual. But that brings a different problem all together: too much salt. 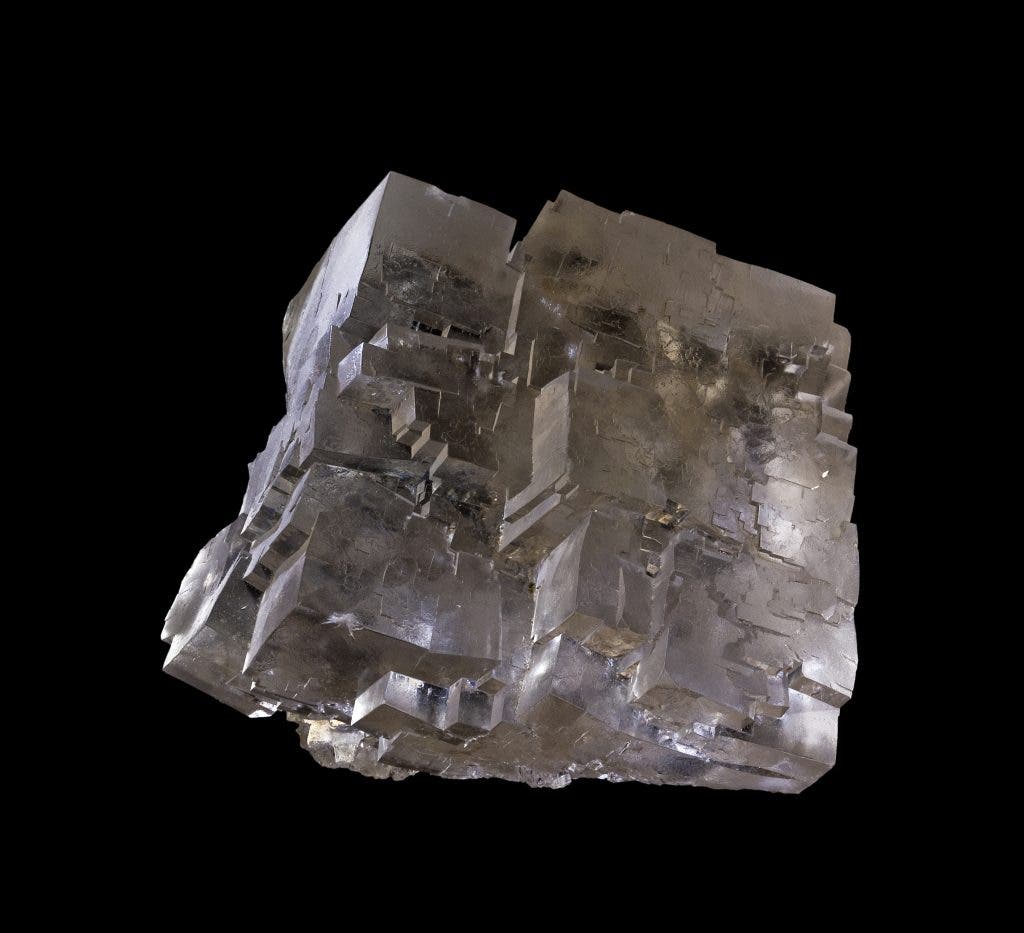 Paul Parreira and his brother David ship over 30 million pounds of almonds around the globe each year from Rpac Almonds, in California’s Central Valley. KVPR asked him about the salty situation:

“The trees just don’t look healthy,” he says. “Everybody is watering at the minimum levels with high-salinity water,” he added. “It’s a double-edged sword.”

High salinity levels in groundwater used for agriculture has long been a problem in the west side of the Central Valley, but this year, it’s also an issue on the east side, a growing region at the base of the Sierra Nevada that’s usually wet.

Many farmers have zero allocation of surface water from the Sacramento-San Joaquin Delta, so they’re forced to irrigate with salty groundwater. And the few farmers who do get delta water say it’s also saltier than normal these days.

“Without any adequate rainfall to move those salts down through the soil, there’s just no way for us to remove those salts,” Parreira says. “Not only is it staying there, we’re adding to it because of the poor quality [of water] from the delta.” 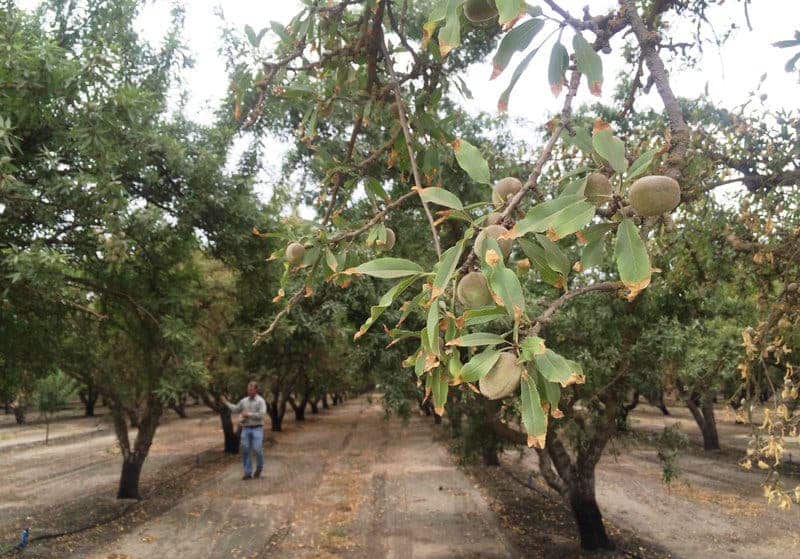 More and more almond farmers are dealing with problems caused by the lack of water: smaller almonds, less-than-modest yields, and salt-burned leaves, as the plants suffer from high salinity in the soil.

Salinity is a problem for almond growers throughout the Central Valley, where around 800,000 acres of the nut are harvested. The region is the center of the global almond industry. That’s why the Almond Board of California has a focused effort on salinity.

“Water quality and quantity are very big issues for us,” says Bob Curtis, the board’s director of agricultural affairs. “To that end, we are funding research on updating the impacts of salinity on almond tree growth and productivity.”

That research will help farm advisers across the region educate growers on the issue. One of those farm advisers is David Doll with the University of California Cooperative Extension based in Merced. He’s better known as the “almond doctor.”

“We’ve been seeing this increasing problem over the past couple years — due to the lack of winter rain — of sodium burn, or salt burn on leaves,” says Doll.

Seven years ago, Doll realized there were very few resources for almond farmers on how to grow their crop safely and efficiently. So he started a blog called The Almond Doctor. Today there are nine “almond doctors” across the state, and his blog is considered a hidden gem by the industry.

Doll is diagnosing an orchard in Merced County, where the effects of salty groundwater are evident.

“From a distance, you can see that these trees are just lacking the color that we would normally expect,” Doll says. “It’s a little bit of a lime greenish. It’s not that dark green. As we look down the row, we can even see a little bit of a bronze tinge, kind of, on the outside canopy of the trees.”

“This tree is screwed,” Parriera says. “You can actually see, out on the end of this branch, where the tree has tried to re-leaf. You see these small, tender leaves where it defoliated completely and now has tried to leaf out again.”

Doll’s advice to farmers is to try to wash the salts away by flooding the fields with any extra irrigation water they can get their hands on, and wait for the rain.

But if rain doesn’t come, Doll says to expect a shrinking California almond crop in the years to come. According to the Almond Board, that’s already happening: Crop yields for almonds statewide are projected to go down by 4 percent this year.