Some 55.6 million years ago, at the end of a period called the Paleocene, Earth’s temperature suddenly rose fueled by a dramatic release of carbon in the atmosphere. The period is often used in climate studies as the closest analog to today’s reality of man-made climate change. But there might be a key difference between that situation and today’s situation – a comet. 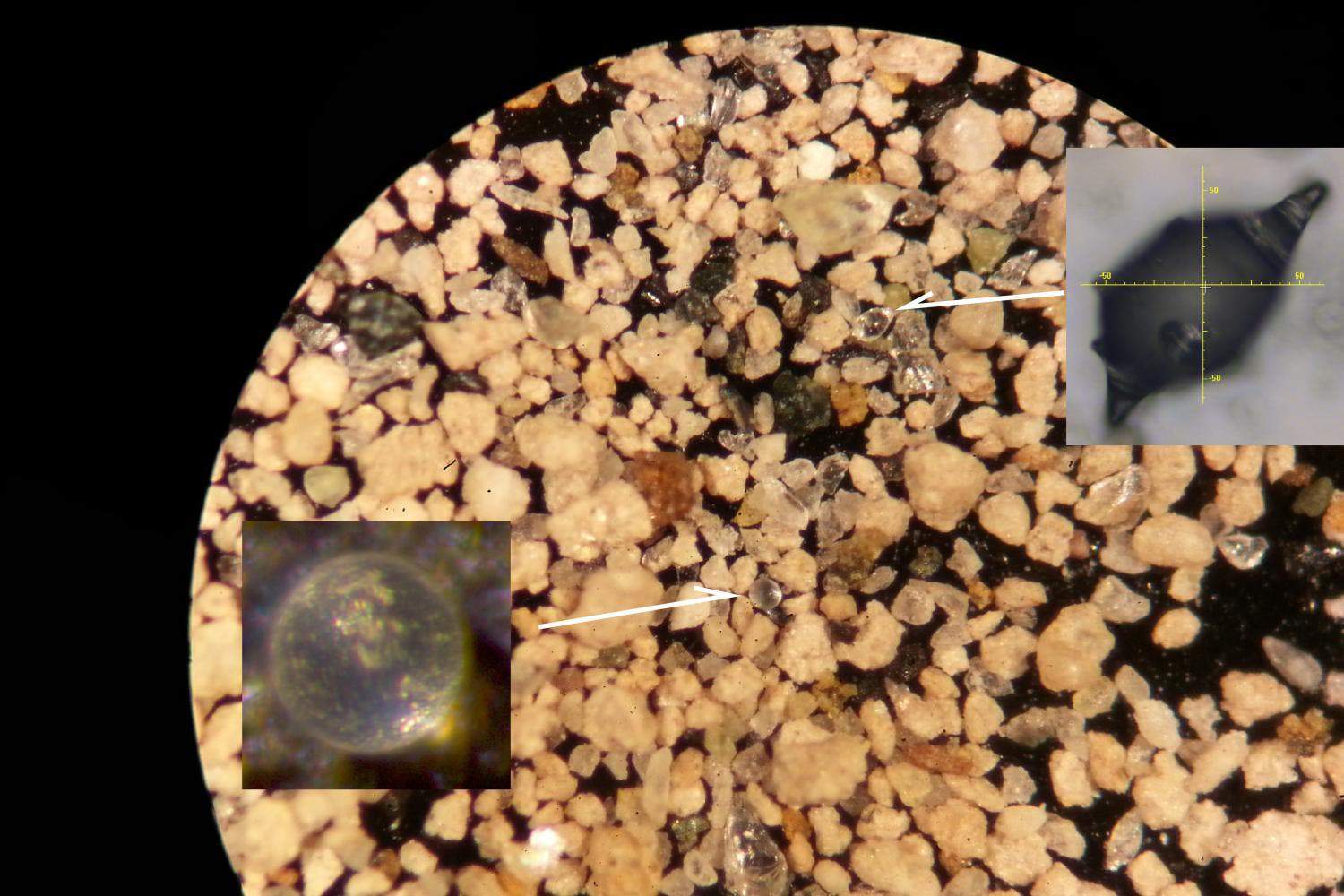 Microtektites as first seen in a sediment sample from the onset of the Paeocene-Eocene Thermal Maximum. Credit: Rensselaer Polytechnic Institute

That period was called the Paleocene–Eocene Thermal Maximum (PETM). During the PETM, temperatures rose by as much as 8 °C (over 14F) and geological evidence suggests that the effect on Earth’s life was tremendous. Massive extinction events ensued both on land and in the seas, accompanied by massive mammal migration to northern, friendlier climates. Polar ice melted completely and sea levels rose dramatically all around the globe, with effects being felt for at least 200,000 years. However, the causes and evolution of this phenomenon remain simply perplexing – basically, we really don’t know why this happened.

But even with all these massive changes, many researchers believe today’s man-made changes surpass anything we’ve seen during PETM. As a result, the consequences will also be more dramatic. Just earlier this year, a study led by Richard Zeebe of the University of Hawaii found that humans are now pumping carbon into the atmosphere 10 times faster than whatever natural forces drove the PETM.

A team of researchers may have found an unlikely explanation for PETM. While they don’t claim this directly, they provide some indication that a comet might be the cause for this dramatic change.

“This could very well be the ground zero” of the PETM, said coauthor Dennis Kent, a researcher at Columbia University’s Lamont-Doherty Earth Observatory and Rutgers University. “It got warm in a hurry. This suggests where it came from.”

The study analyzed glassy silica spherules called microtektites. Microtektites are bodies composed of black, green, brown or gray natural glass formed from terrestrial debris ejected during meteorite or comet impacts. When the impact takes place, matter is vaporized and splashed all over the place, creating these highly distinctive particles. The study’s lead author, geochemist Morgan Schaller of Rensselaer Polytechnic Institute, and his student Megan Fung spotted the sand-grain-size spherules at the base of a layer of fine clay believed to mark the start of the PETM. They haven’t yet established any causation, but if it’s a coincidence… then it’s one heck of a coincidence.

“It’s got to be more than coincidental that there’s an impact right at the same time,” said Schaller. “If the impact was related, it suggests the carbon release was fast.”

However, they still haven’t found a crater – and without a crater, claiming such an impact is hard to prove. The microtektites they found were thin and widely spread, which would either suggest that the impact was close but small, or larger but much farther away. The latter seems more likely.

Charles Langmuir, a prominent paleoclimate researcher at Harvard University who was not involved in the study, said the evidence of an impact at or near the PETM boundary was “very strong,” but he raises another question: how did the impact actually release all that carbon. There’s also a possibility of the particles coming from another layer and getting mixed with the PETM layer. All in all, it’s an intriguing hypothesis, but we still need a bit more to back it up.