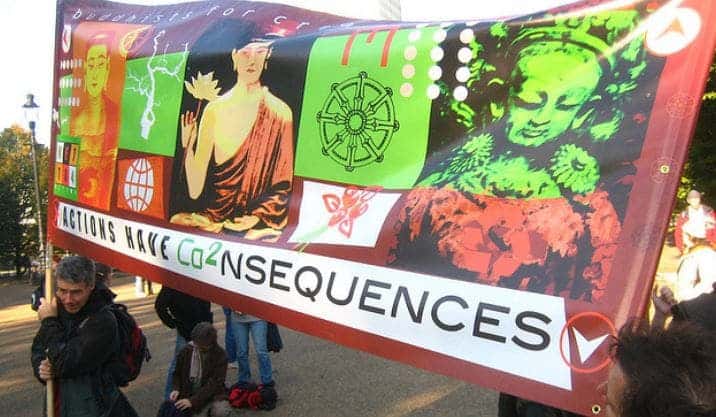 Man-made climate change is knocking on our doors. Scratch that — it’s banging! In the face of unprecedented heat waves, droughts, and extreme weather events, the world has banded together to limit global warming under no more than 1.5 degrees Celsius, per the Paris Agreement signed last year. This landmark agreement is, perhaps, the single most important pact we’ve ever vowed to keep in the fight to preserve biodiversity, human values, and a predictable climate for us all.

Words do not equal action, however, and we have a lot to prove before skepticism makes room for hopeful optimism. Right now, more than 10,000 delegates, statesmen, journalists, and civil society are presented in Marrakech, Morocco for COP22 — the successor to the Paris Agreement — where the action plan for the terms signed to much fanfare are expected to be hammered out.

During such times, maybe it’s worth taking a step back to consider how we got in this situation in the first place. The Industrial Revolution shifted progress into high gear and almost overnight humanity found the means and energy to make larger leaps than ever though possible. What previously took 100 man-hours to make could now be completed in mere minutes with mechanical precision.

With each turn of the gear, our prosperity and wealth grew to startling heights. It would be naive to think, however, that there wouldn’t be a price to pay: pollution, extinctions, and climate change that threatens to undo all the good that came out of burning coal and oil like there’s no tomorrow.

We can forgive our ignorance during these early first baby steps, but in the face of mounting evidence there is no excuse for inaction. Yet, something is clearly pulling us down — it’s ourselves.

Tackling climate change is a very complex problem and there is no one-size-fits-all solution. Technology like new clean renewable sources of power or artificial intelligence has its part to play, so does state and non-state action. But by overly focusing on externalities, we run at risk of missing the forest for the trees, says Joachim Golo Pilz, the director of the World Renewable Spiritual Trust’s Solar Research Institute and project lead for India One.

“We are here to meditate and share our experience in renewable energy and to inspire people to look more deeply into climate change issues,” Pilz told me, shortly after a talk in the Green Zone of COP22.

“We believe we should be with those climate conferences and inspire people that a change in the world has to be supported by a change in ourselves. If we don’t change our attitudes and awareness on the inside, it will be very difficult to change the world on the outside. The inner world, our mind, and the outer world are very, very strongly interconnected.” 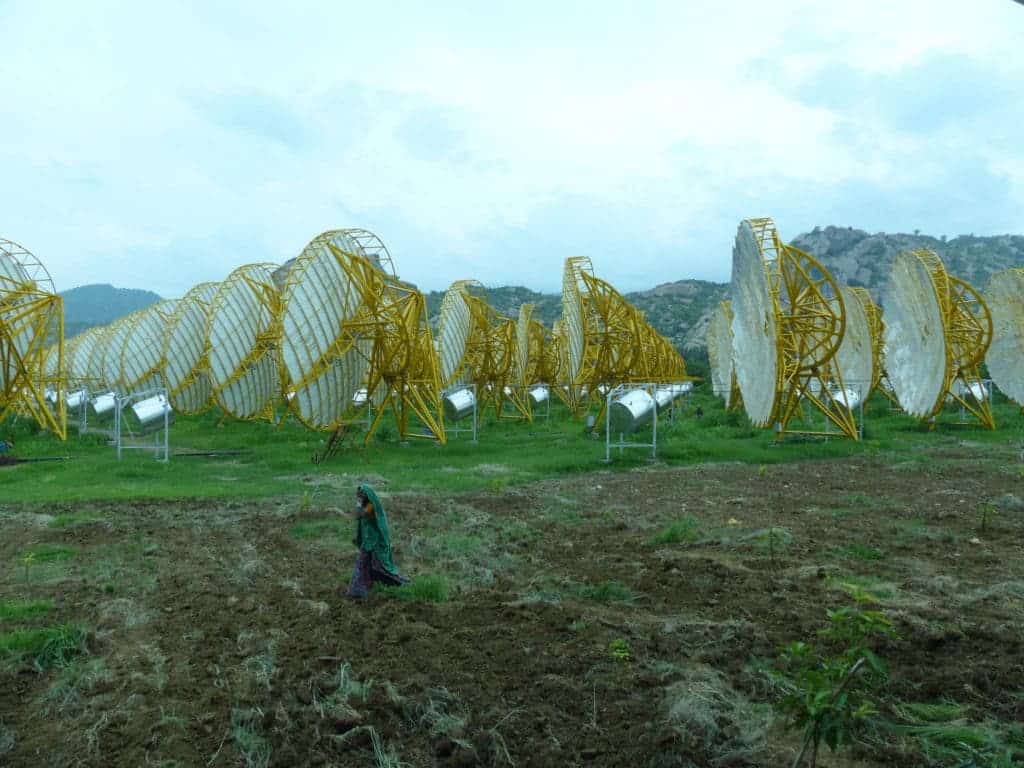 The India One CST plant nearing completion. Credit: India One.

Pilz’s flagship project, an experiment in solar thermal energy generation called India One, will see 770 newly developed 60 m2 parabolic dishes concentrating solar thermal power near the Shantivan Campus of the Brahma Kumaris. The plant will generate enough heat and power (1 MW) for a campus of 25,000 people, and is considered a milestone for decentralized and clean power generation in India. The thermal plant is expected to come online very soon. “By the end of the year, we hope to push the button and start generating electricity!” Pilz told me.

The India One site also acts as a training center for concentrated solar thermal power to enable local organizations to replicate the project at a larger or smaller scale in their local communities. 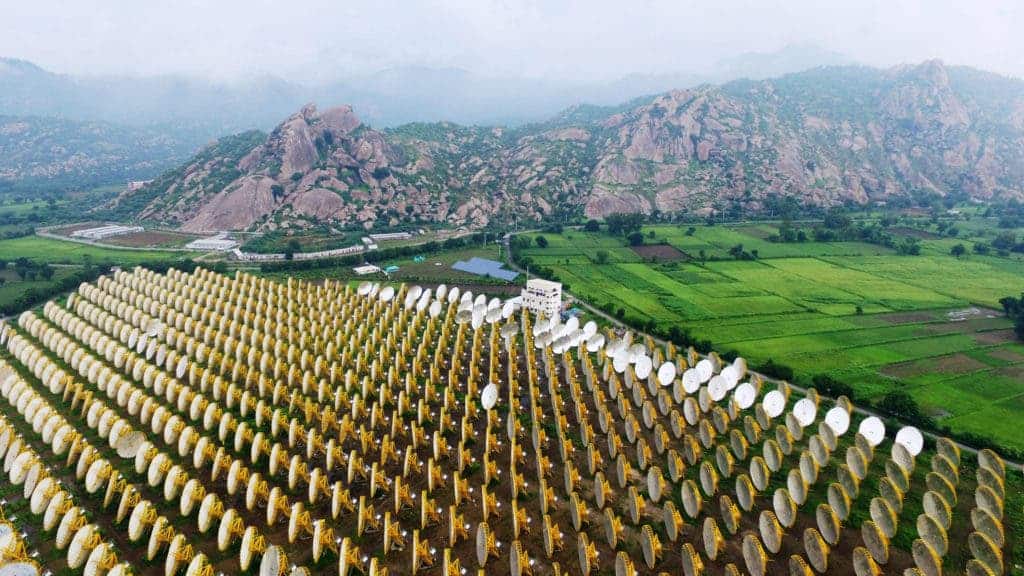 Drone footage of the India One site. Credit: India One.

These might seem like odd statements to make when speaking about climate change, which is essentially a complex scientific phenomenon. However, this time around, climate change is caused by humans and their actions, and Piltz is right saying that awareness or thought shapes these actions. Ignorance and lack of action, just as well. By bridging the pragmatic with the idealistic, his organization is building projects with a people-first, do no harm approach, and setting an example in doing so. 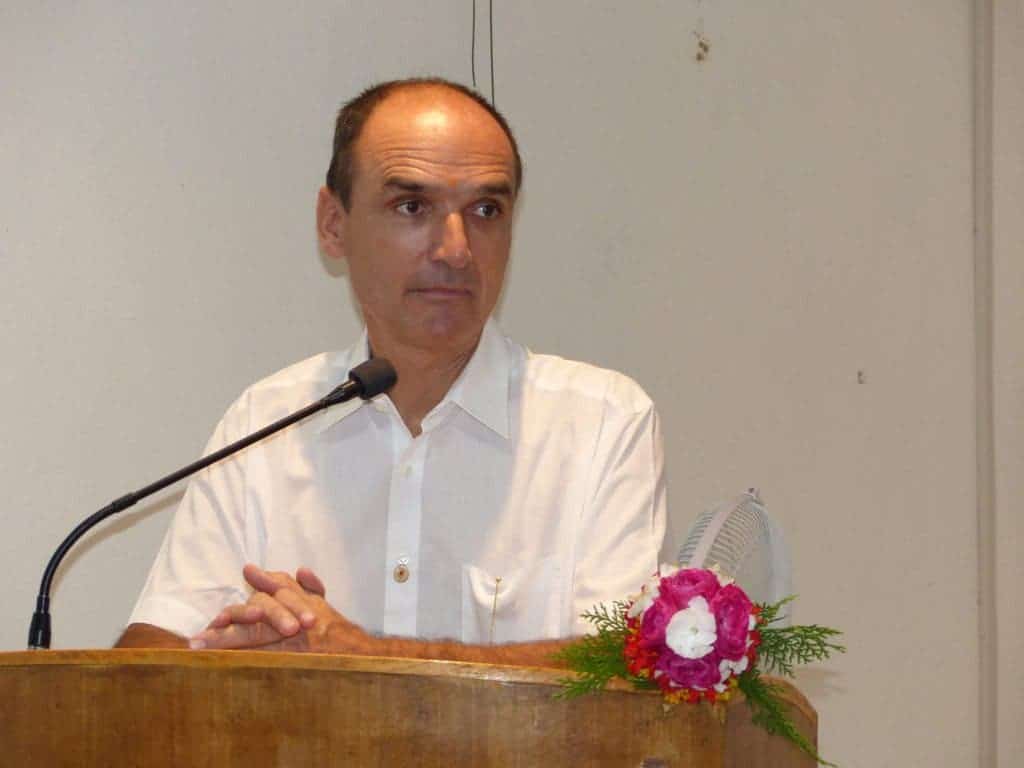 “People are aware that in the next coming years we dramatically have to change and increase our pledge, and foremost we have to implement them. We have to see if humanity can organize such a momentum and such a unity because for such steps to be taken you need also unity among all stakeholders. But at the moment most countries have their own agenda, some want old technology to continue because they benefit from such a system, others want new technology and many are in between.”

“Many are already suffering from climate change. Islands are disappearing, in Africa the rivers are falling dry, in India we had this year the heat record with 51 degrees C, America had seven years drought in California — so, there are many signs, very big warning signs that people are already suffering under climate change. We have to see if humanity is really able to steer around that. What we feel as a spiritual organization is it’s very important that we understand that these problems we see in the outer world are all connected to problems in the inner world. For example, I read a report recently in America every year 35,000 people are dying by guns, so I’m asking myself why we have so much violence in families or in society? Why we have so much suffering among people? Either people are suffering in relation with their families, or people are suffering from hunger, or poverty, or these problems. Why are all these problems there and we aren’t able to find an answer? Because our inner world and outer world are very strongly connected and linked. Our soul is empty inside, we’re consuming too much — we’re trying to compensate. We’re looking to the outside world for solutions, and we lost our inner peace and our inner connection to the supreme and divine light, and then we’re wondering that the world comes into a bad shape.”

No one knows how to solve climate change, really. Sure, the obvious solution is to stop emitting all the greenhouse gases, but that’s besides the point. The point is how do you convince billions of stakeholders that this is a global issues that deserves their immediate attention and requires urgent action. In the past decade, we’ve seen great momentum building-up — a momentum that might one day transition society to 100% renewable energy and advert potentially catastrophic global warming — but today we’re not doing nearly enough. To build this giant snowball, we need engineers, scientists, lawyers, artists, journalists, parents and grandparents to each pitch in — and this requires great awareness because the task at hand is by no means trivial. And maybe looking inwards, not outwards, as Pilz suggests, might help us go a long way.

“We believe that this process [solving climate change] will happen automatically because light always will spread its way and will chase the darkness away,” Pilz said.