America’s national parks are baking — more than the rest of the country, a new study from UC Berkeley and the University of Wisconsin-Madison reports. 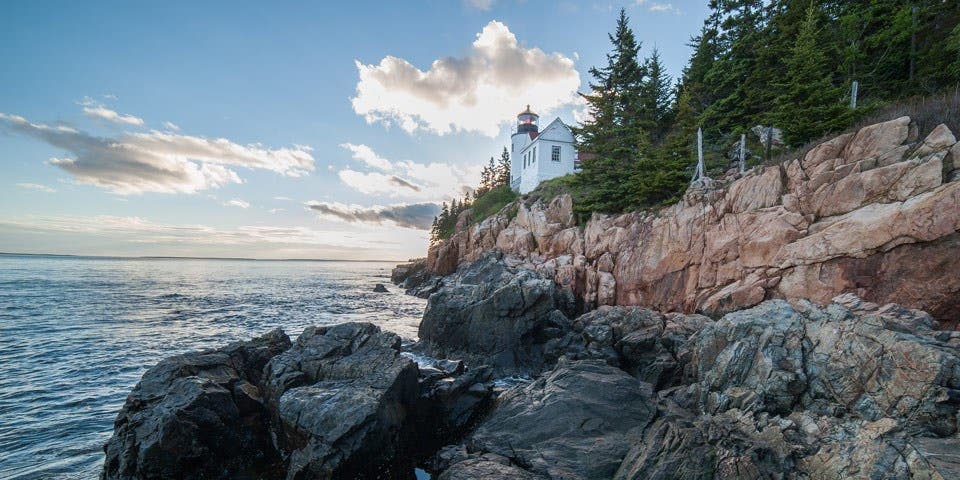 Anthropic climate change is exposing the nation’s national parks to conditions that are both hotter and drier than the rest of the USA, the authors report. The paper represents the first effort to quantify the magnitude of climate change on all 417 parks in the system. According to the team, without decisive action to limit greenhouse gas emissions, many small mammals and plants that make their homes in these parks may be brought to the brink of extinction by the end of the century.

Over the last century, average temperatures in national parks increased twice as fast as it did in all other regions of the USA; national parks also experienced the largest decrease in annual rainfall levels. Under a business-as-usual scenario, the team projects that temperatures in the most exposed national parks could increase by as much as 9° Celsius (16° Fahrenheit) by 2100.

Worryingly, this rate of change outstrips the ability of many small plant and mammal species to migrate to other lands.

“Human-caused climate change is already increasing the area burned by wildfires across the western U.S., melting glaciers in Glacier Bay National Park and shifting vegetation to higher elevations in Yosemite National Park,” said Patrick Gonzalez, the paper’s first author. “The good news is that, if we reduce our emissions […] and meet the Paris Agreement goal, we can keep the temperature increase in national parks to one-third of what it would be without any emissions reductions.”

Gonzalez is also an associate adjunct professor in the Department of Environmental Science, Policy and Management at UC Berkeley and a lead author for the Intergovernmental Panel on Climate Change (IPCC) report, a summary of the most up-to-date scientific knowledge of climate change.

The analysis included all 50 U.S. states, the District of Columbia, and four territories in the Caribbean and Pacific. The team also drew on monthly temperature and rainfall recorded by weather stations throughout the U.S. since 1895. Using this data, climate researchers created maps of the average annual temperature and rainfall totals over much of the United States.

Starting from the maps, the team calculated historical temperature and rainfall trends within the parks and over the U.S. as a whole. Temperatures in national parks increased by a little over 1° Celsius from 1895 to 2010, they report — roughly double the warming experienced by the rest of the country. Annual rainfall levels dropped by more than 12% over national parkland, compared to 3% over land in the rest of the country. Alaska and its national parks saw the most dramatic increases in temperature, while rainfall decreased most in Hawaii. 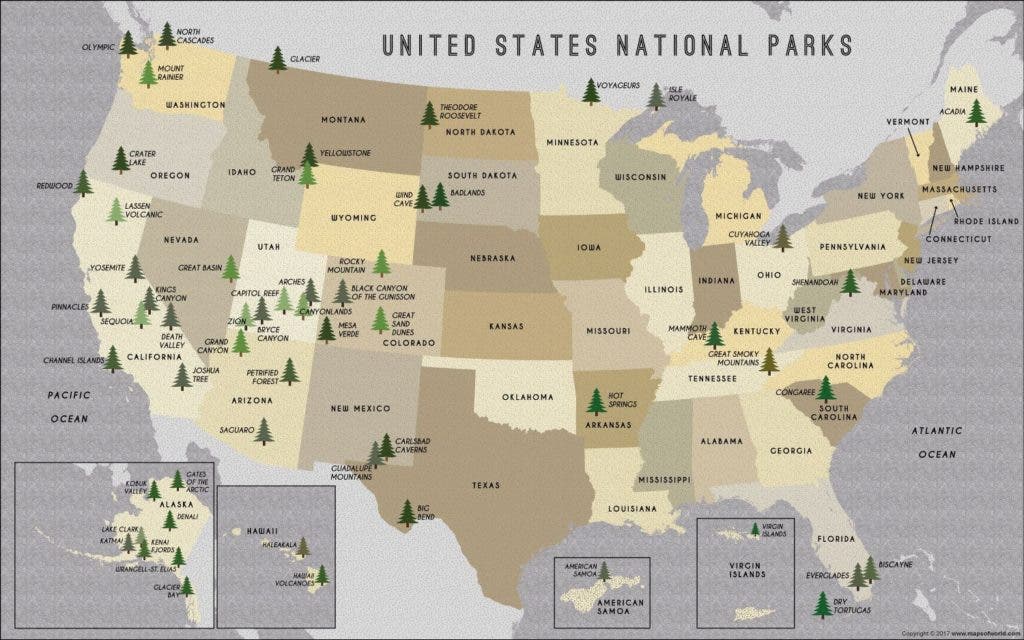 Image via Maps of World.

The team says this discrepancy is a function of where these parks are located. Many are found in deserts, high mountains, or in the Arctic region of Alaska — climates that are the hardest hit by global warming.

“National parks aren’t a random sample — they are remarkable places and many happen to be in extreme environments,” Gonzalez said. “Many are in places that are inherently more exposed to human-caused climate change.”

The team also mapped the projected future changes for both temperature and precipitation under climate models representing each of four climate change scenarios developed by the IPCC. These include a scenario where no action has been taken to reduce emissions, one that is consistent with the Paris Agreement, and two that are intermediates between these extremes.

Under the business as usual scenario, average temperatures of all the national parks (taken together) is projected to increase between 5° and 7° Celsius. The Paris Agreement scenario would limit this rise to between 1° and 3° Celsius. Temperatures would increase most in Alaska and its national parks and decrease most in the Virgin Islands and the southwestern U.S. for both scenarios.

To analyze the other two scenarios, the team “downscaled” the climate models in order to obtain more detailed maps of future climate trends within the parks. While the climate models themselves use resolutions of approximately 100 to 400 kilometers, the downscaled data have resolutions of 100 to 800 meters over most of the country. These maps can help park service employees plan for future vulnerabilities to climate change, safeguarding endangered species and other park resources by developing measures to protect against wildfires and controlling invasive species.

“The park service is already integrating this climate change information into their planning and resource management,” said Fuyao Wang, a research associate at the University of Wisconsin-Madison.

“It is important to note that even if we really do a strong mitigation of greenhouse gases, the national park system is still expected to see a 2 degree temperature change,” said John Williams, a professor of geography at the University of Wisconsin-Madison. “At this point, it is likely that the glaciers in Glacier National park will ultimately disappear, and what is Glacier National park if it doesn’t have glaciers anymore? So I think this adds weight to the importance of reducing our future levels of climate change and also extends the National Park Service mission to both adapt to these changes and educate all of us about these changes.”

The paper “Disproportionate magnitude of climate change in United States national parks” has been published in the journal Environmental Research Letters.