The Isle de Jean Charles that lies on the Gulf coast of Louisiana is sinking. In less than 70 years, over the 90 percent of its landmass has washed away from erosion triggered by industry, as well public works which redirected rivers. Then there were the hurricanes. Today, a handful of people live on the island — about 60 or so Native Americans belonging to two tribes. Some desperately want to leave, while others won’t budge. But there is no question about it: everyone has to resettle else they’ll sink with the island, and the U.S. government has already allocated $52 million to get the hell outta dodge. 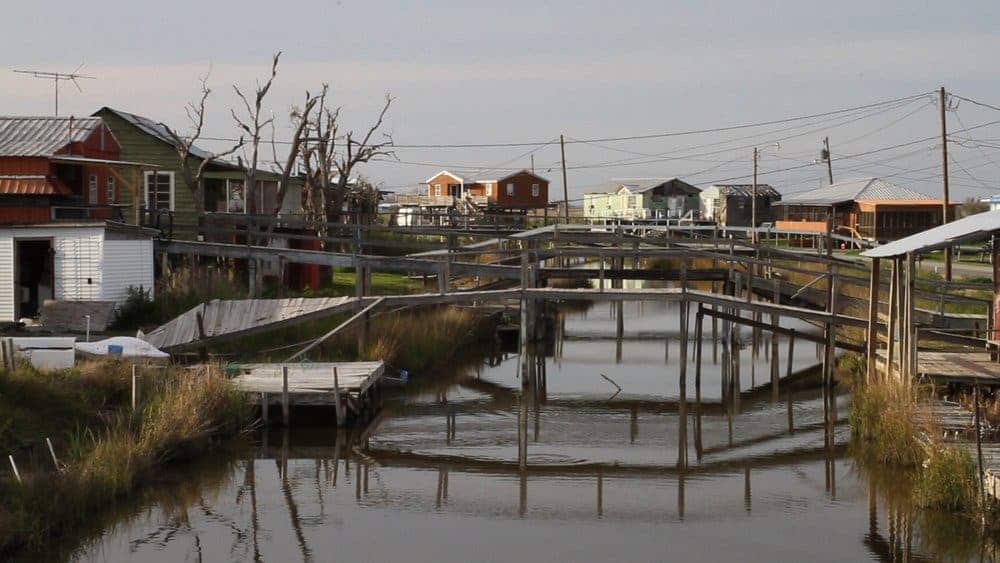 The island of Kivalina, where a small community of Alaskans lives, is in a similar predicament as retreating Arctic Ice brought erosion and rising sea levels. Elsewhere along the Golf Coast, in places like Florida, there are many other vulnerable communities. Southern Louisiana is the fastest disappearing landmass on earth. Each year, an area of land the size of Manhattan is ripped off the coast of Louisiana.

“We’re going to lose all our heritage, all our culture,” said the chief for the New York Times. “It’s all going to be history.”

The grant is part of a $1 billion project made by the  US Department of Housing and Urban Development which aims to develop climate-change resilient infrastructures like dams, levees, and drainage systems. These climate change “walls’ go around the Isle de Jean Charles, however. For its residents, relocation is the only option 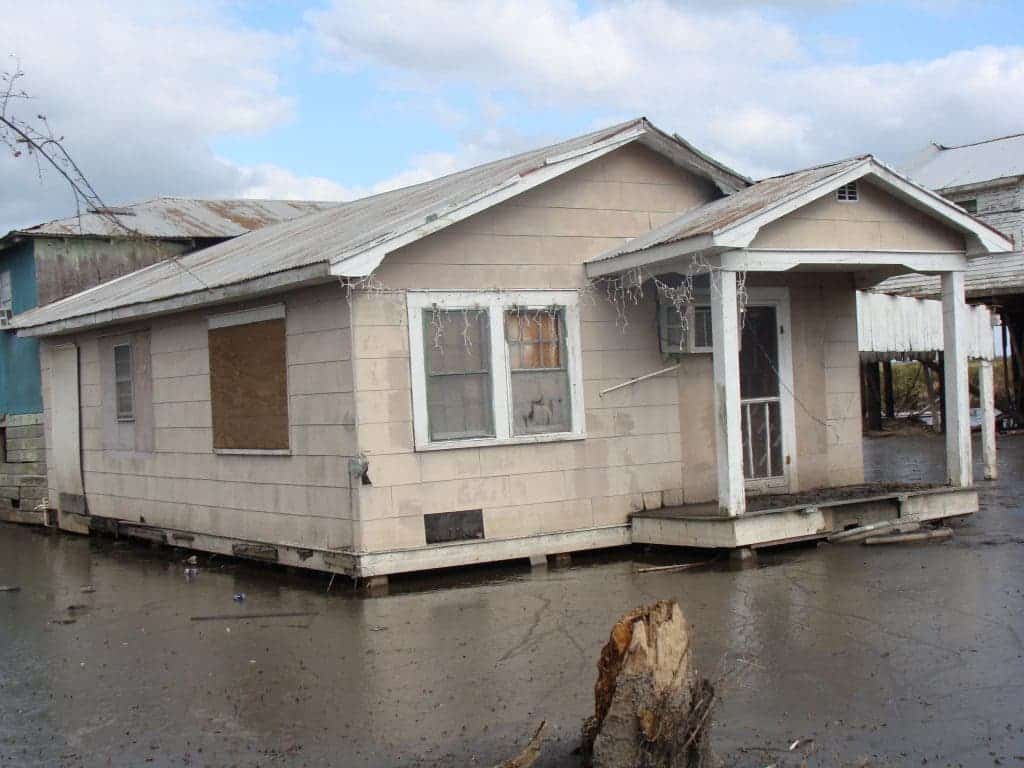 The island is often flooded with mud. Credit: Wikipedia

In the 1940s oil companies began drilling around the island and in 1953, a road to Isle de Jean Charles to Pointe-aux-Chene was built through the marshland. In the past several decades, the marshland has eroded and turned into the open water, leaving the road vulnerable to erosion and flooding. Often in high wind conditions, the road becomes submerged in water making it impossible to leave or enter the island. Children often miss school because the school bar can’t take them to the mainland.

A new location has yet to be decided. As expected, things have proven very complicated. Some islands don’t want to leave, and those who want to can’t settle on the details like who else will be allowed to live there. By 2022, all the $52 million allocated for Isle de Jean Charles relocations have to be spent.

“This is not just a simple matter of writing a check and moving happily to a place where they are embraced by their new neighbors,” said Mark Davis, the director of the Tulane Institute on Water Resources Law and Policy, for the NY Times.

“If you have a hard time moving dozens of people,” he continued, “it becomes impossible in any kind of organized or fair way to move thousands, or hundreds of thousands, or, if you look at the forecast for South Florida, maybe even millions.”

This handful of climate change refugees might be the first of many in the United States. It showes that climate refugees aren’t only in Africa or low-lying Pacific atols. The U.N. estimates between 50 million and 200 million people might become displaced by climate change around the world by 2050. If moving a small island is proving difficult, what about millions? What about those countries that don’t have the resources and manpower the United States has? A lot of people will have to suffer, unfortunately. Building a levee is like a patchwork or moving trash under the rug. It doesn’t address the real issue behind climate change — man-made activities like fossil fuel combustion, logging, and other unsustainable practices.