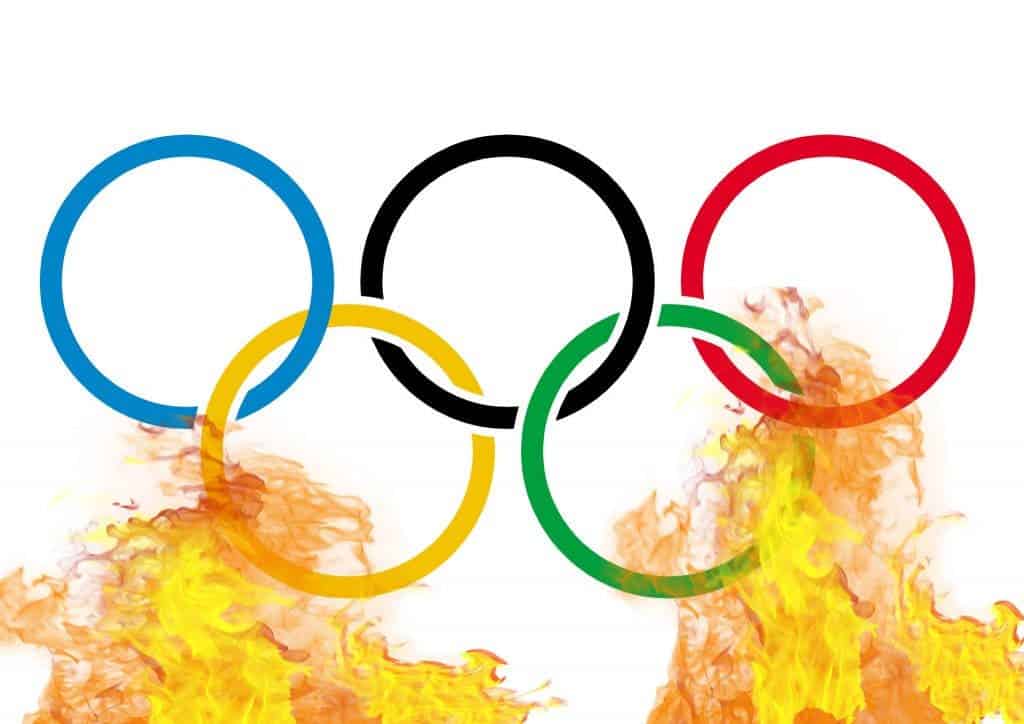 A paper published in the journal Lancet estimates that by 2085 only eight major cities in the northern hemisphere outside Western Europe will be fit to host Summer Olympic games. By that point, only three cities in North America would be suitable to host the Summer Olympics: Calgary and Vancouver in Canada, and San Francisco in the United States.

The study is part of a larger one that investigates the relationship between outdoor Olympics and climate change. University of California Berkeley professor Kirk Smith and colleagues used data from two climate models that estimate how temperature, humidity, heat radiation, and wind will fare in the future. Combining all these factors gets you the wetbulb globe temperature (WBGT).

After forecasting the WBGT for the end of the century, the researchers applied its value to current safety procedures used in determining the viability of a host city. The researchers concentrated on the northern hemisphere because it’s there that 90 percent of the world’s population lives. They also looked at cities with populations over 600,000 as this is a prerequisite for hosting Summer Olympics.

“Climate change could constrain the Olympics going forward,” said Smith, a professor of global environmental health in the School of Public Health. “And not just because of rising sea levels.”

The study suggests that by 2085 cities like Istanbul, Madrid, Rome, Paris, and Budapest — all currently competing to host 2020 and 2024 Summer Olympic Games — will be unfit to host by today’s standards. 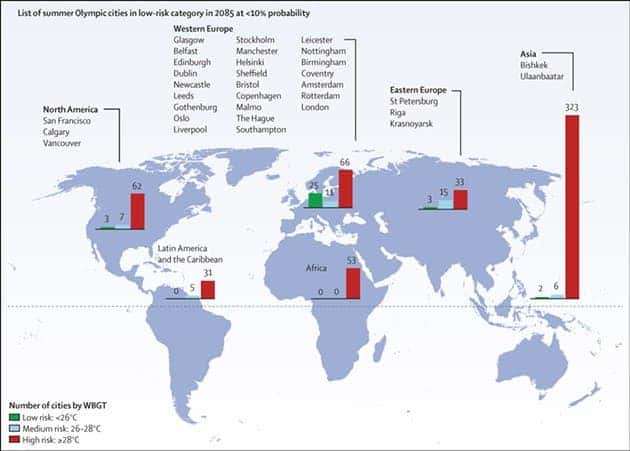 Depressingly, only eight out of 543 cities outside western Europe would qualify to host the games, including St. Petersburg, Russia; Riga, Latvia; Bishkek, Kyrgyzstan; and Ulaanbaatar, Mongolia. There is no viable city anywhere in Latin America or Africa. Western Europe, however, would be home to 25 cities that might be “low-risk” sites in 2085.

If current warming trends continue, it seems like we’d have to put the Summer Olympics on air conditioning. Worth mentioning is that this study follows on the heels of news that July 2016 was the warmest month — ever.

“Climate change is going to force us to change our behavior from the way things have always been done,” said Smith. “This includes sending your kids outside to play soccer or going out for a jog. It is a substantially changing world. If the world’s most elite athletes need to be protected from climate change, what about the rest of us?”