The City of London will draw on 100% renewable energy by the end of the year. 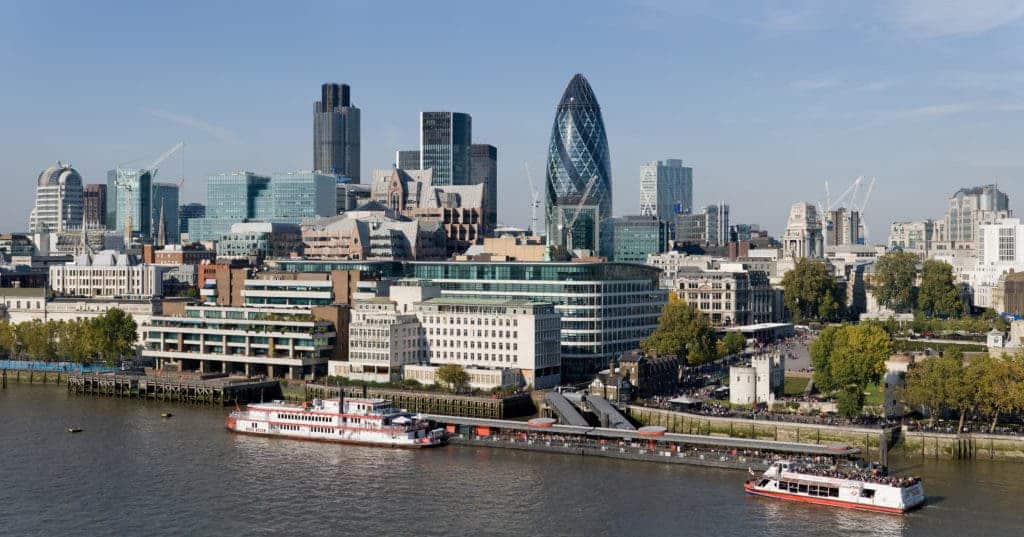 London’s famous “Square Mile” central district is going green — not in paint, but in spirit. Though not technically still a mile, as the district’s official bounds now enclose some 1.12 square miles, the major financial center will source 100% of its power from renewable sources starting this October, according to the City of London’s ruling body. The supply will come from solar panels installed on local buildings, further investments in larger solar and wind projects, and clean energy already in the grid.

The City of London Corporation, the governing body of Square Mile (also colloquially known as the City of London), announced that it wants to draw only on renewable power from October 2018 onward. The City of London will install solar panels on the buildings it owns and will invest in installations such as wind and solar farms elsewhere in the UK.

Members of the City of London Corporation’s Policy and Resources Committee backed measures that would turn their own sites across London into electricity-producing units. They also signed off on investments in off-site renewable energy installations and backed the purchase of renewable energy already available in the grid. Some of the buildings the Corporation plans to turn into renewable-generation units include social housing across six London boroughs, 10 high-achieving academies, three wholesale markets, and 11,000 acres of green space including Hampstead Heath and Epping Forest. More than enough space for the City to develop clean energy for the city as a whole.

“Sourcing 100% renewable energy will make us cleaner and greener, reducing our grid reliance, and running some of our buildings on zero carbon electricity,” Catherine McGuinness, Chairman of the City of London Corporation’s Policy and Resources Committee, said in a statement.

“We are always looking at the environmental impact of our work and hope that we can be a beacon to other organisations to follow suit.”

The Greater London area has been struggling with pollution for the past few years. However, they’re also making important efforts to change — like adopting more electric vehicles and taxing polluting ones, creating more green spaces, and relying more heavily on clean energy. Electric taxis and buses are already zipping through the streets, and last December Shadiq Khan, the city’s mayor, announced plans to extend the Ultra-Low Emission Zone to include London-wide buses, coaches, and lorries, as well as expanding the Zone to include North and South circular roads for all vehicles.