China is drawing more and more power from renewables — in fact, new data collected by Greenpeace shows that in 2015 the country’s growth in wind and solar energy more than exceeded its increase in electricity demand. 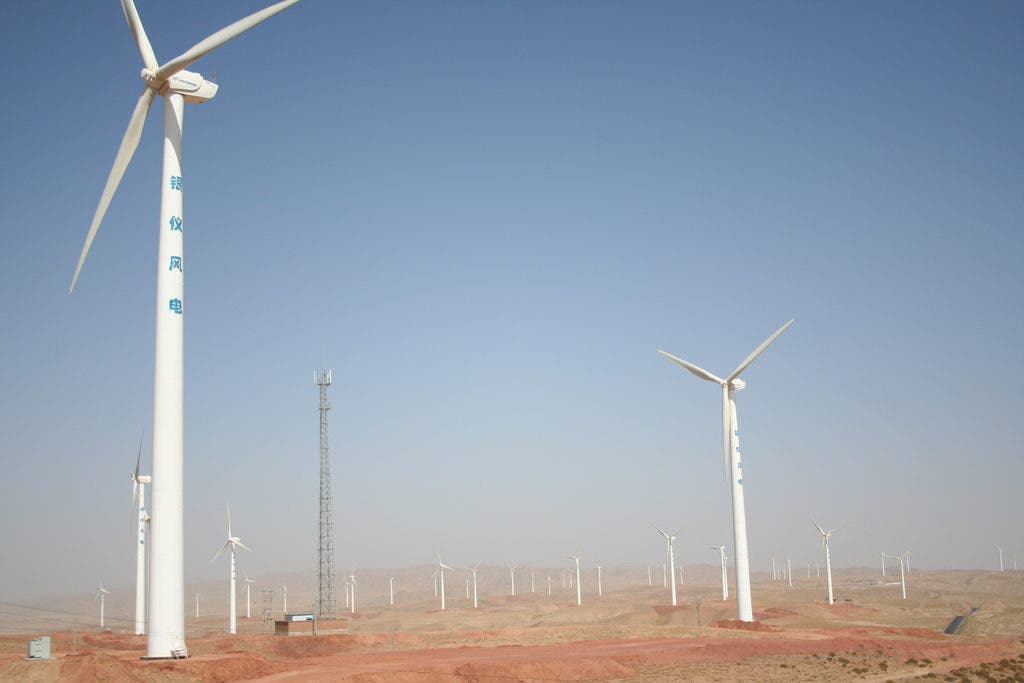 “Eco-friendly” probably isn’t the first word most people would use when describing China. But for all the smog and pollution, the country is actually putting a lot of effort into going green. Greenpeace reported that China’s electricity consumption rose by half a percent last year, from 5522 TWh (terawatt hours) to 5550 TWh. All this new demand was easily met by wind and solar power, which produced 186.3 TWh and 38.8 TWh of power in 2015, compared to 153.4 TWh and 23.3 TWh the year before — that’s an increase of 21% and 64%, respectively.

To put these numbers into perspective, China installed half of the world’s new solar and wind capacity last year. Its wind farms alone could have met half of the UK’s needs in 2015 (304 TWh.) According to the data, the extra 48 TWh of solar and wind China installed in 2015 alone could have powered two Irelands (24 TWh consumption) for the whole of 2015. 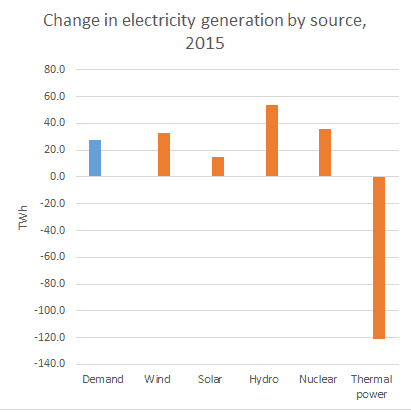 But the Chinese aren’t just beefing up their renewable capacity, they’re also cutting down on coal. The new clean energy plants being installed along with a shift away from heavy industry means that coal use in China has been dropping for three years in a row.

China, however, remains the biggest emitter of CO2 in the world, but they’re working on that too — last week, the country announced that it was ratifying the Paris climate agreement, alongside the United States.

So hats off to the Chinese! Hopefully, their achievements will spur the United States to catch up in the race to lead the post-fossil fuels global economy.